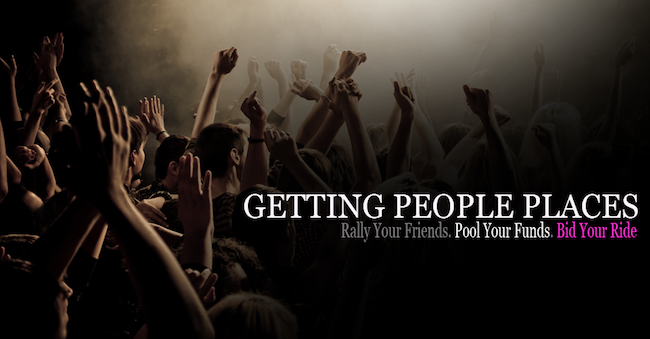 One thing you learn fairly quick as an avid concert-goer in Los Angeles is that getting to the venues around this town can be the most challenging part of the night.  Getting tickets to the sold out show is easier than getting to the actual venue!  Have you tried to get to the Wiltern from anywhere west of the 405 in traffic on a weekday?  Might as well carve out an hour of time.  Stoked that your favorite band is playing in LA?  Ya, the Glasshouse, Fox Theatre and Observatory might as well be in different states.  Shows in Silverlake and Echo Park are cheap, but a taxi could cost you up to $100 round trip.  It’s pretty awesome to live in the city that gets the best shows and bands in the world, it sucks that we have some of the worst public transportation in the country.

Here at Rabbits Black, when we take a night off and go to a show with friends just to have fun and enjoy it, we almost always take a private transportation.  Our method of choice is whatever ridiculous ride the good people at Get Swooped can conjure up for us.  We’ve been using this service for a few years to go to shows all over the greater Los Angeles area.  We’ve even done a few rides to San Diego- try to get two of your friends to drive to San Diego and back for the night and see how many people volunteer.  Get Swooped can pretty much get any ride you need, and you bid on the price you want to pay.  When we needed some rad yellow school buses for the first ever Psycho School Bus to Psycho De Mayo 2014, we worked exclusively with Get Swooped to find them.  A few days later, the first ever tripped-out Psycho School Bus was born.  We’re all about the service at Get Swooped, and we love having everyone in the same vehicle going to shows and back.  The party starts way before the first band goes on and we like it that way. 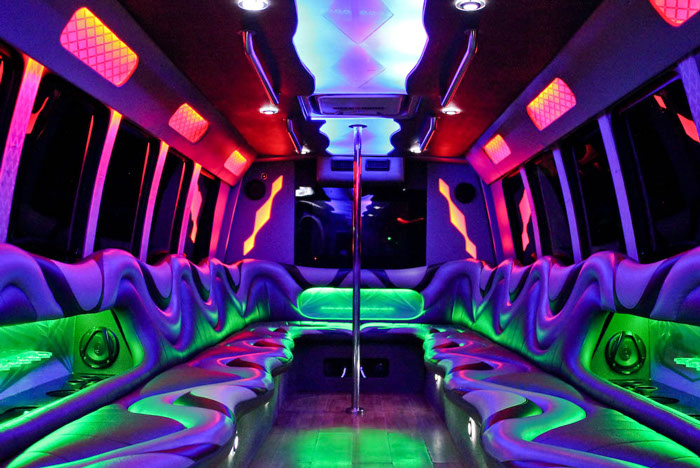 It’s like your own mini nightclub in a Get Swooped party bus.

It’s not right for us to have all of the fun, so we got together with Get Swooped and locked in two very special options for Rabbits Black readers and community members.  The goal with the first package was simple.  Let’s put together the most cost-effective and fun way for readers to get to a concert and back.  You don’t have to drive, someone else does the work, and you get to have some drinks on the way!  Here’s what’s up:

Take a decked out party van round trip in Los Angeles and Orange County to any concert or event.  $30 per person + tip.  10 person minimum, 14 person capacity.  Bottle of your choice provided on the house!

If you don’t want to go with one of the party vans, but you need a full party bus or something else even crazier, then simply mention the code “Rabbits Black” when booking online or by phone to receive 20% off your booking.  Simple as that.  Mention us and get hooked up.

Get Swooped is available to book your ride in pretty much every major city in the United States.  San Diego, San Francisco, Austin, New York… doesn’t matter.  They also have a brand new app so you can book right on your phone.  Check back here on the pages of Rabbits Black for some special contests and events that we will be doing with Get Swooped.  Who knows, there might be a secret show coming up soon and we may be providing the transportation.  If the Psycho School Bus is any indication, anything is possible.