Happy Saturday morning on August 3!!! The sun is bright and the music is filtering out of Grant Park early! … I apologize for the exclamation points, I know everyone is recovering from the massive Queens of the Stone Age and Nine Inch Nails sets the night before as well and the inevitable toll  of a Friday night in Chicago. But its ok, this is the day to start slow, it’s a long weekend. Wake up, grab some amazing Chicago deep dish pizza at Lou Malnati’s and then work your way over to the festival. Don’t wait too long though, it’s the quiet days that you have to look out for!

Saturday is the tricky day at Lollapalooza, but don’t worry we’ve worked out a game plan to make the most of this classic middle-child day.

There is a lot of soul in the middle of the afternoon Saturday. With all of the driving bass and remarkable lighting and sound displays that will take over Friday and Saturday nights, the daytime on Saturday can take us back to our roots and remind us why we all love music … before the sun goes down and the bright lights reel us back in.

If you need some shredding for Saturday, look no further than Reignwolf at 2:00 PM at the Petrillo Stage.  Remember when Gary Clark Jr. took the scene by storm at festival performances in 2012?  Jordan Cook, stage name Reignwolf, is the best bet for the blues rocker of 2013 to make a name much greater for himself at a festival performance.  This is pure untainted rock n’ roll, a man with his guitar who can shred and at times will even play drums while wailing away.  In a day filled with some of indie rock’s biggest names, Reignwolf will be easy to hear at Grant Park.  Listen for the guitar riffs and look for the sweaty dudes rocking out in the Chicago sun at Petrillo.  You can’t miss them.

Reignwolf sets the tone early, but take a moment directly afterwards to check out Charles Bradley at 2:45 PM on the Bud Light Stage. He may actually be the soul of this year’s Lollapalooza lineup. Neither rain nor scorching heat will stop this show, because Charles Bradley has been through it all. This former James Brown impersonator will bring his high energy mix of Motown and R&B. You may be drawn in whether you want to or not. 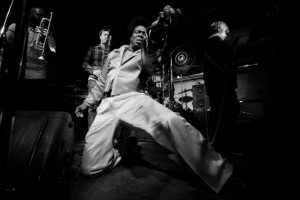 The afternoon sets up perfectly for the Indie portion of Lolla, and a good place to start is with a group so Indie you’ve probably never heard of them: HAIM at 3:30 PM on the Grove Stage. Comprised of sisters Este, Danielle, and Alana Haim, HAIM formed in 2006 when the eldest kin was only 20. Six year later, the trio released their first track “Forever” and began their steady collection of buzz.  The sisters can play to almost any crowd, having opened for Edward Sharpe and the Magnetic Zeros and Ke$ha (seriously).  They’ve appeared on Letterman and appear on BBC’s Sound of 2013 list, which previously featured Adele and Ellie Goulding.  The girls recently played a few shows in New York, which garnered them even more critical acclaim.  Although there isn’t a lot of press out on the trio’s live set, their upbeat, harmonious indie-folk with R&B undertones is sure to keep the Saturday afternoon grooving strong in Chicago.

In the late afternoon you have a lot of choices. And why not make a stopover to hear some of the biggest top-40 hits currently on the radio? There isn’t a whole lot else going on, so seriously why not? You may think it is just an iPod playing songs while the stage crew sets for a new afternoon band, but it’s actually Ellie Goulding onstage at 4:45 PM at the Bud Light Stage. She is one of the best vocal artists at Lollapalooza and you will recognize several of her hits including “Lights” and “Anything Can Happen”. This is your Top-40 pop music reprieve, so hang out with your boyfriend/girlfriend and enjoy the late afternoon outdoors in the sun. 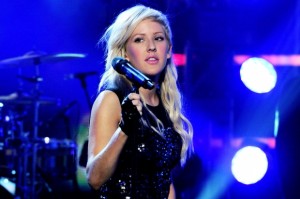 As soon as Ellie Goulding ends her set the night starts to begin, and we’re going to try and ease you into the night. It’s similar to when you use a heating pad on a sore ankle and then remove the pad and plunge your leg into an ice bath. As responsible festival goers we want to avoid that kind of musical shock, because we are very responsible (aka we hydrate, although our responsible side may end there). And in this analogy the EDM finale to Saturday is the ice bath. So let’s keep you alive and energized for the end of the night. Foals is a perfect Segway from Ellie Goulding. This up and coming indie-rock band will be all over the radio soon and their mix of electronic elements will whet your appetite for Perry’s stage … which is where you may likely spend the rest of your night. Foals starts at 5:45 PM on the Petrillo Stage.

Tag team efforts are not new in the EDM scene, but they are definitely becoming the rage these days.  Above & Beyond have been doing it for more than a decade now and Dog Blood is not the secret it once was anymore (yes, that is Skrillex!), but no one received a bigger rise in popularity over the past year than Dada Life.  The Swedish duo are becoming one of the world’s most sought after acts.  Everything they do is with a smile and sense of humor, which is nice to see compared to some of the “top DJs” and their growing god-complex.  With songs such as “Rolling Stones T-Shirt”, “Unleash The Fucking Dada” and “We Meow, You Roar”, Dada Life might not take themselves too seriously, but they throw a serious party.  Catch Dada Life and all of their brand of fun electro-house at 7:00 PM at Perry’s. 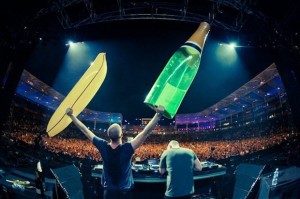 We’re going to make it really easy for you Saturday night. If you’ve spent a full day in the Chicago heat and just danced your face off to Dada Life then take a quick walk over to your nearest water vendor, hydrate, and then come right back to Perry’s Stage for Steve Angello at 8:45 PM. The lesser known of the Swedish House Mafia 3-man DJ team is guaranteed to play all of your favorite SHM songs and send you off into the Chicago streets dancing to the beats playing ion your head. Just remember to give those fans at the Postal Service show a few minutes to rally to get up to your energy level. Be kind. 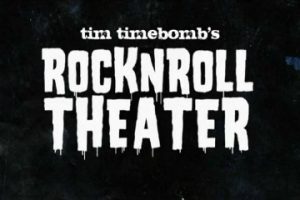 Tim Armstrong, best known as the frontman of Rancid, has[...] 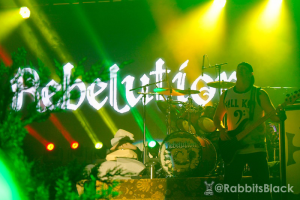 The skies were grey and the weather crisp but that[...] 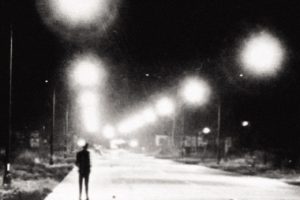