We’ve updated our Saturday guide after Weekend 1 just so we don’t make any of the same mistakes twice.  We still feel like Saturday is the weakest lineup of the three days, but that’s a good excuse to show up late and enjoy all that Coachella offers outside of its gates.  Find a pool, maybe even a pool party, and enjoy the time with old and new friends.  Just try to keep it together to make it inside at some point.  Here’s our guide to Saturday.

The Wombats – Fun British rock, perfect for their afternoon timeslot. Get your day started off light and fun before you “Jump Into the Fog.”

Allen Stone – Little guy with a huge voice with a lot of funky soul. Playing the 3:30 set only because he is new on the scene. Should be a great musical set.

2 Chainz – Go see him because you, like, have to. It’ll be a good story to tell the girl you are trying to hang with after the show. You know all the songs. Plus who knows if he’ll still be around in a few months, this could be your last chance!

Puscifer – Trent Reznor gets down the night before with his side project, and then it’s Maynard James Keenan’s turn on Saturday night with Puscifer.  Danny Lohner (original Nine Inch Nails guitarist) also makes up part of this eclectic lineup of musicians.

Jason Bentley – The music director at KCRW is also a righteous DJ. Enjoy his “eclectic” mixes of deep house and world beats in the flesh.

Violent Femmes – The soundtrack to half the ‘90’s movies you’ve seen, but should be one of the best of the throwback bands at Coachella. Fun songs that you will recognize, even if you don’t know the words.

Major Lazer – A Coachella mainstay. Up close DJ set with funk and personality. Perfect for the Mojave tent.

Portugal. The Man – Indie rock with a purpose.  We usually tell people to stay away from this genre, but the band tends to be more rock than anything else live.  They are great live.

Benny Benassi – Usually wouldn’t be a headlining DJ, but Coachella made an exceptio0n this year. There will be fun tracks, go get your dance on. It will be fine.

Simian Mobile Disco – English electronic DJ duo. Lots of analogue beeps that you can get your dance on to. 8:55pm at the Mojave Tent, great way to start your night-time dance party.

Descendents – Milo back in action! Punk rock legends making a reunion tour playing 2-minute hits one after another. The perfect Coachella pick-me-up band.

The XX – At Coachella two years ago someone literally set a tower on fire to stop this show. We hope for better things this year.

Franz Ferdinand – One of the best rock shows you’ll see at Coachella. High energy, high fun, high… Expect this to be the best mainstream rock show of the day!

Janelle Monae – Maybe the steal of the day! This songstress who was briefly featured in fun.’s “We Are Young” has serious singing chops, one of the best supporting bands around, and an energy that cannot be matched. This cyber girl from outer space is not to be missed. You also recognize her from the Sonos Wireless HiFi home audio systems commercials.

Knife Party – Aussie electro duo from the drum and bass roots.  If house music is your thing, this will be a little intense for you.  If you can handle the rage, be there.  Slow it down, speed it up… get down!

Sigur Ros – Are you having too much fun at Coachella?! Take a break, lay down, and enjoy the truly beautiful melodies. 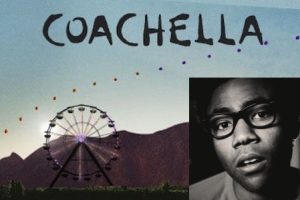 Unless you’ve been living under a media rock, you probably[...] 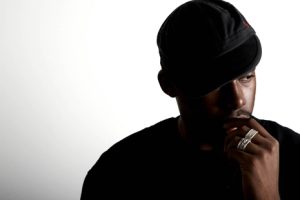 This week’s Coachella Primer features LA’s own Steven Ellison, a.k.a.[...] 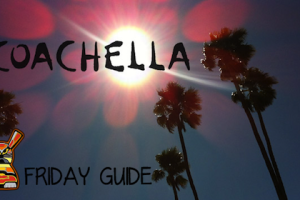 So you made it to Coachella!  Temperatures are already in[...]