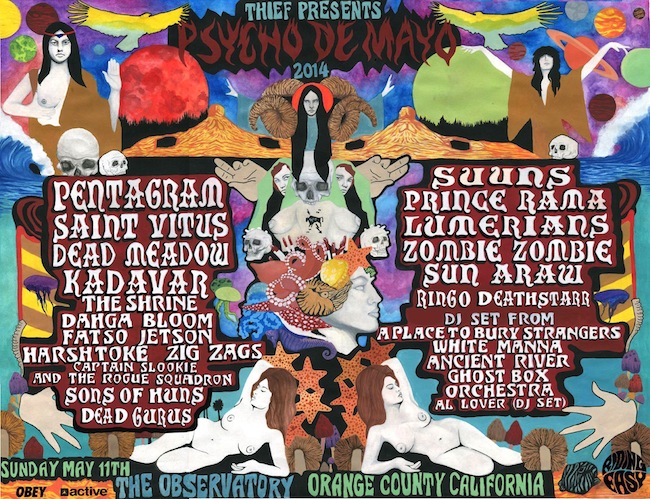 It’s here.  In March we brought you Sleepy Sun and Wax Children for a DIY show at Think Tank Gallery in Downtown Los Angeles.  We set you up with the first ever round trip transportation for a music festival on a BYOB school bus.  We gave away over $1500 worth of gear and vinyl from OBEY Clothing, Active Ride Shop, Riding Easy Records, and Bio-Lite.  We sent you out to the desert to find it and you did.  We’ve done a lot already, but it all leads up to this Sunday at The Observatory, one of our favorite venues in Orange County.  We have over 20 artists from around the world, playing different genres of music over 2 stages from Noon to 2 AM. Psycho De Mayo is here and we put together the guide to make sure you make the most of it!

There’s still some time (not much, ticket sales end Saturday at Noon) to get on the Psycho School Bus.  As of today, only a few seats remain.  This is your chance to get to the festival and back from various locations in Los Angeles.  You’ll be there in time for the first band and you’ll get to catch everything the festival has to offer.  Dead Meadow is riding along on the Psycho Bus on its inaugural voyage.  It’s BYOB, so grab a friend or two, buy those tickets and get on it!  The Psycho Bus leaves it first stop at 11 AM from Hollywood.

This is it, the pre-parties are over and the last show that we have for you before the all-day madness of Psycho De Mayo is on Saturday night in the Constellation Room at The Observatory.  Thief Presents have flown out A Place To Bury Strangers for this limited capacity show.  Cold Showers and Electric Flower Group round out the explosive lineup.  It’s going to be loud and its the best way to truly welcome in Psycho De Mayo.  If you are in the area or staying close by for the festival, this show is not to be missed. 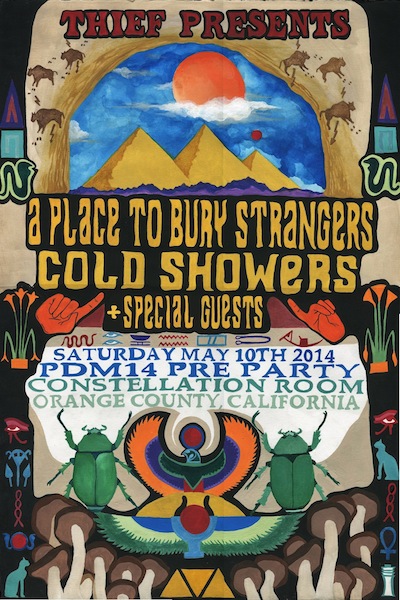 What else can we say about the all-day music festival that hasn’t been written on these pages already.  Year two of Psycho De Mayo is going to be insane, with two stages and the whole Observatory completely taken over.  The Constellation Room will have play host to headliner SUUNS at 1:00 AM along with eleven other bands throughout the day including Ancient River, White Manna, A Place To Bury Strangers (DJ Set), Zombie Zombie and Prince Rama.  The main stage will be headlined by Pentagram starting at 12:20 AM.  Throughout the day catch other acts on the main stage such as Dead Meadow, Kadavar, Saint Vitus and The Shrine.  The music starts at 1 PM, don’t be late, there’s not a single band to be missed.  If your bringing your hog to Psycho De Mayo, you can park for free.  Psycho Bus riders, don’t worry, we got you too. 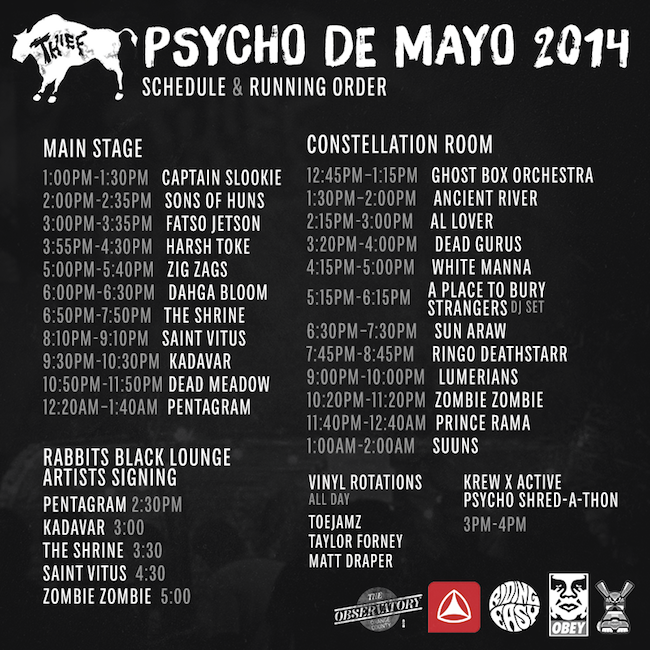 Need to cool off and chill out at the festival for a little bit?  We’ve got the place for you to do both and also mingle with artists.  The Rabbits Black lounge behind the main stage will provide the shade and seating you need to enjoy the California sun but also make it through the whole day of music.  Tunes from vinyl DJs will be echoing all day, so come through and enjoy it.  Check out one of the decked out vans from Rolling Heavy Magazine in the RB lounge as well. On the Active half-pipe, check our pro skaters and the Psycho Shred-A-Thon at 3 PM.

We got some of the festivals biggest bands stopping by the lounge throughout the day for signings.  Get your Saint Vitus and Pentagram gear signed, have Kadavar sign your baby, get your Psycho De Mayo festival poster tagged.  We don’t care what you get signed, just make sure you don’t miss the times.  We’ll be announcing additional artist signings throughout the day on the Rabbits Black Instagram, Facebook and Twitter accounts.  Stay tuned for times for other bands and special appearances in the lounge.

We are fully aware of how many damn names are on that merch booth, but fuck it.  While all of the bands will be selling swag, and you really should stop by and support your favorites from the day, we got a few special things for you at the festival merch booth.  Thief will be sending off a one-of-a-kind Dead Meadow signed skate deck along with Psycho De Mayo posters and limited edition shirts designed by Alan Forbes.  Each festival item is limited to less than 200 pieces, so when they are gone, they are gone forever.  Thief will also have their exclusive line of Active skate decks for Psycho De Mayo on sale.  That includes decks for Dead Meadow, The Shrine and Pentagram.  Limited to 100 decks in each style. 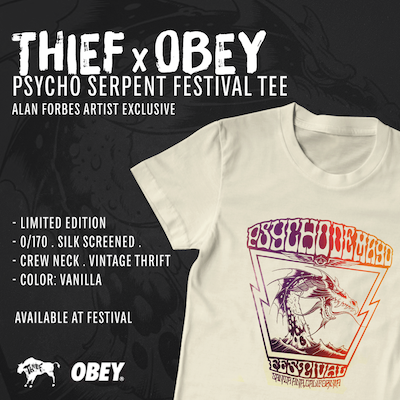 Beyond that, it’s simply time to show up and make this happen.  You’ve been waiting a long time for Sunday, make the most of it.  Experience every band and artist that you can, and take it all in.  Psycho De Mayo gets started tomorrow night with A Place To Bury Strangers and doesn’t end until Pentagram plays that final chord late Sunday night.

You can read all of the Psycho De Mayo interviews and exclusives here on Rabbits Black, including interviews with Kadavar, Zombie Zombie and Saint Vitus. 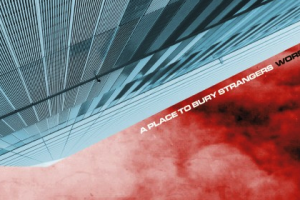 A Place To Bury Strangers last released an LP in[...] 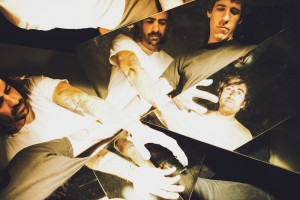 Sometimes we get lost in the shows and events and[...] 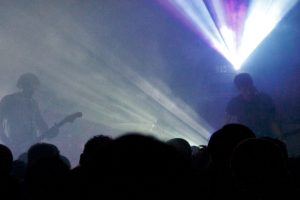 My first exposure to the dingy club live musical stylings[...]