Outside Lands is just under two weeks away! By now, you better have your travel and lodging all figured out, but fear not – there are always last minute options in the City by the Bay. Rabbits Black will have your guide for getting to and around San Francisco soon, but first, the most important part of August 9-11: The music! Outside Lands, unlike some of the other heavy hitting festivals, is not always about the party. It won’t be uncommon for you to see families with toddlers in tow sitting down to enjoy the festival jams. With acts ranging from Sir Paul McCartney to Wavves, Outside Lands packs a lineup to draw literally from every generation. Friday at Outside Lands is no exception, and with such a talented lineup, Rabbits Black couldn’t even make a definitive decision on whom to see. There are some obvious musts, but in addition, check out who we are making a point to see and why after the jump.

Outside Lands is not only about some of the best headliners at a music festival this year (anywhere in the world), it’s also about local bands on the rise. Make your way to Golden Gate Park early in the day to check out Midi Matilda at Twin Peaks from 12:45-1:30. Midi Matilda is an indie electro-pop two piece from the Bay Area, and their sound was recently called “The White Stripes meets Daft Punk” by the Huffington Post. Ya, we have no idea what that means either. Here’s what we do know: with a pop sound that reminds us more of M83 than Jack White, they are a light-hearted act that is home grown. Dreamy soundscapes mixed with floating vocals and some inspired live drumming make Midi Matilda one of the must-watch Bay Area bands at Outside Lands. Just check out the amazing video for their single “Day Dream” (below) that was shot with still motion pictures captured from over ten days in San Francisco and Berkeley. It’s a work of art and you should see how it all plays out live.

“How you like me know?” Chances are, you know and love that song. At 2:10, The Heavy hit Sutro for 45 minutes. The Heavy’s hit single received heavy radio play and appeared on the well-known Yo Gabba Gabba Kia Sorrento commercial. The British rock band from Bath, England, made a big splash onto the scene with their hit single but don’t expect them to play it 3 times during their set (like Hall and Oates with “Rich Girl” at the Hollywood Bowl). They really don’t have to because they have three albums full of fun rock songs. Enjoy the guitar riffs and funky horns, this could be a major surprise band to watch.

If you’re trying to find some new mellow music at Outside Lands this year, Daughter is the band for you, and they take on the Panhandle at 4:40. The trio from London is perhaps best known because of how much other musicians love them. 4AD (the same label that released last year’s favorite Shrines by Purity Ring) released the band’s debut If You Leave. Although Daughter’s tempo might not be enough to sustain an early-afternoon presence at party festivals Coachella or Lollapalooza, their carefully crafted sound reminiscent of early The xx is perfect for Outside Lands. Maybe they will treat the San Francisco crowd to their cover of Daft Punk’s “Get Lucky”, perhaps the best cross-genre cover to come out this year.

Festival veterans The National are hot on the heels of an European tour, and have spent their three years between albums touring and refining their style and act. Not that there was much to refine. The National are the perfect act to check out as you’re winding down a long day in Golden Gate Park; by the time of their set, the fog will have settled in nicely, so grab some friends or loved ones, plop down on a nice blanket with some wine from Wine Lands and enjoy what will undoubtedly be a great set of hits both old and new. If you’re jockeying for the perfect spot to see Sir Paul, you can catch a great set from The National at Lands End from 5:00 to 6:15. Make sure you have some tag team friends, though, so they can run off to grab some necessary and delicious grub and libations.

The 23-year-old Anton Zaslavski is better known by his stage name Zedd. This young DJ will be at Twin Peaks from 5:25 to 6:15. At 23, Zedd already has a bonafide US dance hit under his belt with the 2012 single “Clarity”. The Russian DJ and producer has a lot going for him, and running in the same circles with Skrillex (who tore apart Twin Peaks last year) and Porter Robinson is a good path to stardom. With uplifting tracks that put vocals at the forefront of the good feelings, Zedd is going to be a chart presence for many years. He’s still young and new enough to the scene to keep him early in the day at Outside Lands. He probably won’t be staying in an early slot for long. If electro-house with an upbeat mood is your thing, Zedd will deliver. 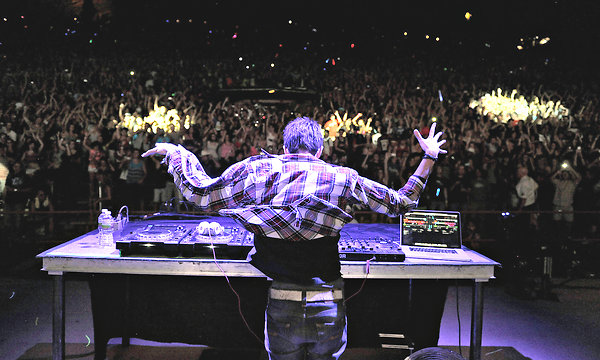 Wavves is better known in Southern California for their sold-out live shows and antics that include getting drunk and high before, during and after their performances. It all fits, because Wavves is truly that type of band. But don’t sell them short, because they make some of the best surf-punk in the nation right now. Wavves will take over the Panhandle stage at 6:15 – space is limited, so get there early if snagging a good spot is important to you. The band doesn’t even have this show listed in their tour dates, so it might be a secret that they are there, or they might not show up at all! Awesome, because that’s how it should be with this band. If they are there, and you need to fill the time with some punk from along the coast with catchy choruses and a fun mood, Wavves is on your list for Friday.

Closing out the afternoon sunlight at Twin Peaks is Brooklyn’s Yeasayer, who combines a unique blend of dub, folk and indie pop; they take on the beginning of Paul McCartney, playing from 7:00-7:50. Walking a line closer to experimental than Miike Snow, Yeasayer has steadily expanded its style and sound with each album. And with each album, Yeasayer meets new challenges in reproducing its unique produced sound live. Yet the band always seems to not just translate the music, but add a certain warmth and depth not experienced through speakers. We understand if you’re planted firmly at Lands End, but if you’re okay watching the tail end of Paul McCartney’s set, Yeasayer is a great act to see. If you can’t miss Sir Paul, don’t worry. Yeasayer will be playing at The Independent on Saturday night as an Outside Lands show. 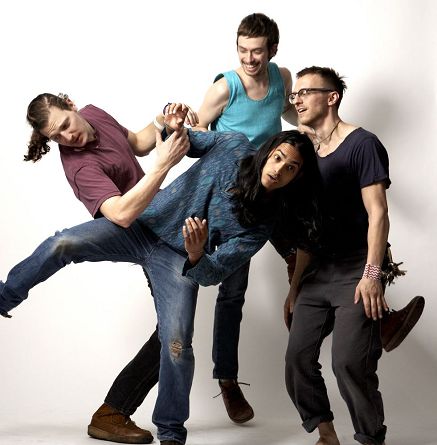 Paul McCartney – Lands End – 7:10-9:55. Last year, Stevie Wonder took over Golden Gate Park. It was some kind of magical. If you’re not sure why you want to see Sir Paul, Rabbits Black probably won’t help you make that decision. Catch his whole set, or just portions of it. Just make sure you’re there.

Battling Paul McCartney for the closing spot is Pretty Lights over at Twin Peaks at 8:40. After nearly four years without a major LP release, Derek Vincent Smith (aka Pretty Lights) is back with A Color Map of the Sun. In the four years since the release of Passing by Behind Your Eyes, Pretty Lights has been featured in a documentary alongside Skrillex (“Re:Generation”), played around the globe at premier festivals (Ultra, Bonnaroo, Coachella), produced a documentary on the making of his latest release, and, for the first time, moved to a sales-based release of his music. Pretty Lights is, in almost every respect, not the same as it was four years ago – that is, save for the music and the show. Despite his outward growth and change, Pretty Lights can still pull together a solid album of electronic pseud-dubstep laced with roots of some soul and trip hop. With his expanded resource, Pretty Lights can now put on a stage show to rival the best electronic acts. Be sure to check out Pretty Lights as he fills up the City sky with grooves and pretty lights.