Rabbits Black Exclusive: Standing Shadows premiere One By One EP

Standing Shadows “Trilogy of EPs” comes to a grand conclusion today, with the premiere of One By One.  The final EP in the series was recorded at the legendary Rancho De La Luna in Joshua Tree with producer Chris Goss.  The same place where artists such as Queens of the Stone Age, PJ Harvey, Dave Grohl, and The Arctic Monkeys recorded, became home to Standing Shadows as they recorded 3 new songs in the desert heat.  To put it simply, these 3 songs are Standing Shadows’ most exciting and progressive work to date as they expand on a sound that has made them one of Los Angeles’ most enthralling live performance bands.  One By One will be released on January 31, 2012 to the rest of the world.  That’s for them, this is for you- an exclusive premiere of the EP on Rabbits Black today!

Standing Shadows are making moves, and in big ways.  By working with Chris Goss, the band has dedicated themselves to reaching greater heights and audiences.  The evolution of their sound is evident when you listen to all 3 EPs, and it’s going in the right direction with every new track.  “One By One” evokes the spirits of Rancho De La Luna with guitars that search through your soul, vocals ascending the valleys of your mind, and a driving force on drums that keeps the whole journey together.  Dave Catching (Eagles of Death Metal, QOTSA) even gets in on the action as a guest guitarist on the track.  Enough of our thoughts, take a listen for yourself:

Standing Shadows – One By One EP premiered by Rabbits Black

The EP artwork was created through a FILTER Magazine photo contest.  Fans were encouraged to send photos of their shadow in to the band, and the cover is a collection of those entries.  One By One will be available on iTunes on January 31, 2012.  The band was featured on iTunes New & Noteworthy twice last year for the Freakshow EP and The Silent Revolution EP.

We’ll have more coverage on Standing Shadows and the final EP in the trilogy this week.  Check back this week for an exclusive interview, EP release party details, and video from their live performance at Home For The Holidays.  As always, you can stay up to date with Standing Shadows on their Facebook page. 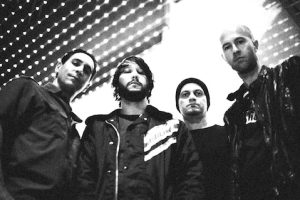 Standing Shadows debuted the conclusion to their Trilogy of EPs[...] 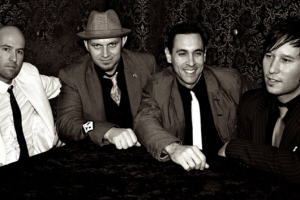 Standing Shadows just released the final installment of their Trilogy[...] 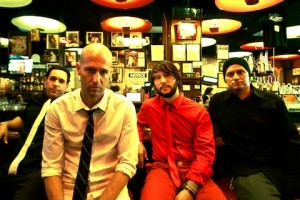