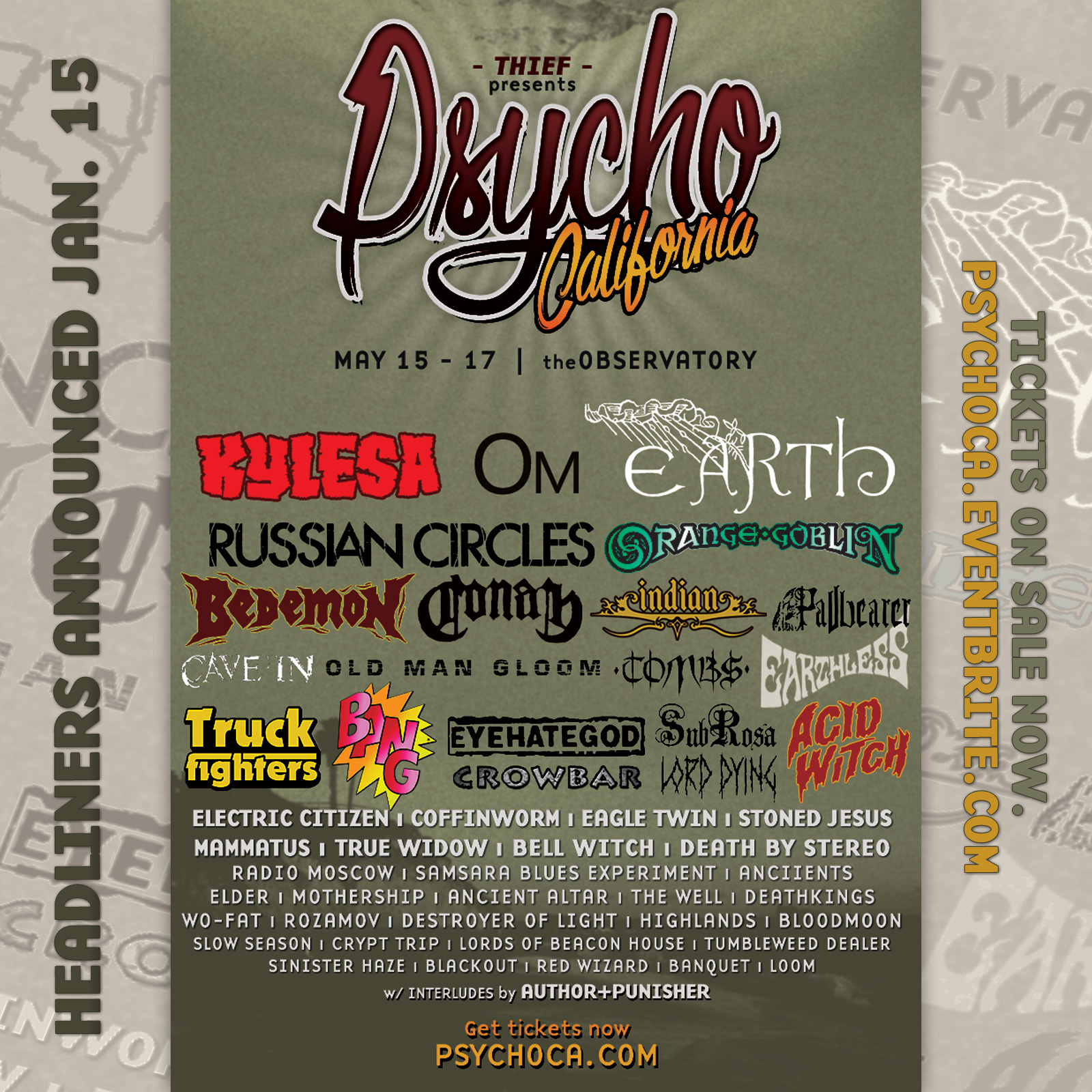 Our friends at Thief Presents have done it again.  The forces behind Thief have put together the third iteration of the music festival that was formerly known as Psycho De Mayo, and it’s absolutely massive!  With two years of Psycho De Mayo insanity under their belt, Thief has put together the most impressive lineup of doom, heavy, psych and sludge bands from around the world for Psycho California 2015.  It all goes down on May 15-17 at The Observatory in Santa Ana.  Rabbits Black is stoked to once again join forces with Thief to make this festival experience unlike anything else out there, and it starts with the killer lineup that Thief has crafted.  There are a ton of surprises in store for Psycho California, and the three headliners are just the beginning.

Psycho California will witness Bedemon’s debut live performance.  Yes, this will be the first time ever that one of most influential doom bands of all time takes to the stage.   Witness history at Psycho CA.  This will also be Conan’s and Samsara Blues Experiment’s first California shows ever.  The outdoor lounge and festival area that fans are used to enjoying will be transformed into an oasis of music and art.  And of course, the VIP lounge will be the place to be if you want the best microbrew and finest tequila that California has to offer.  The only way to make sure you are a part of the experience is to grab early bird tickets at a discounted rate while they are still available.  Get tickets now at the links below and stay tuned to www.PsychoCA.com for the latest info. Lineup Note: Orange Goblin will no longer be appearing.