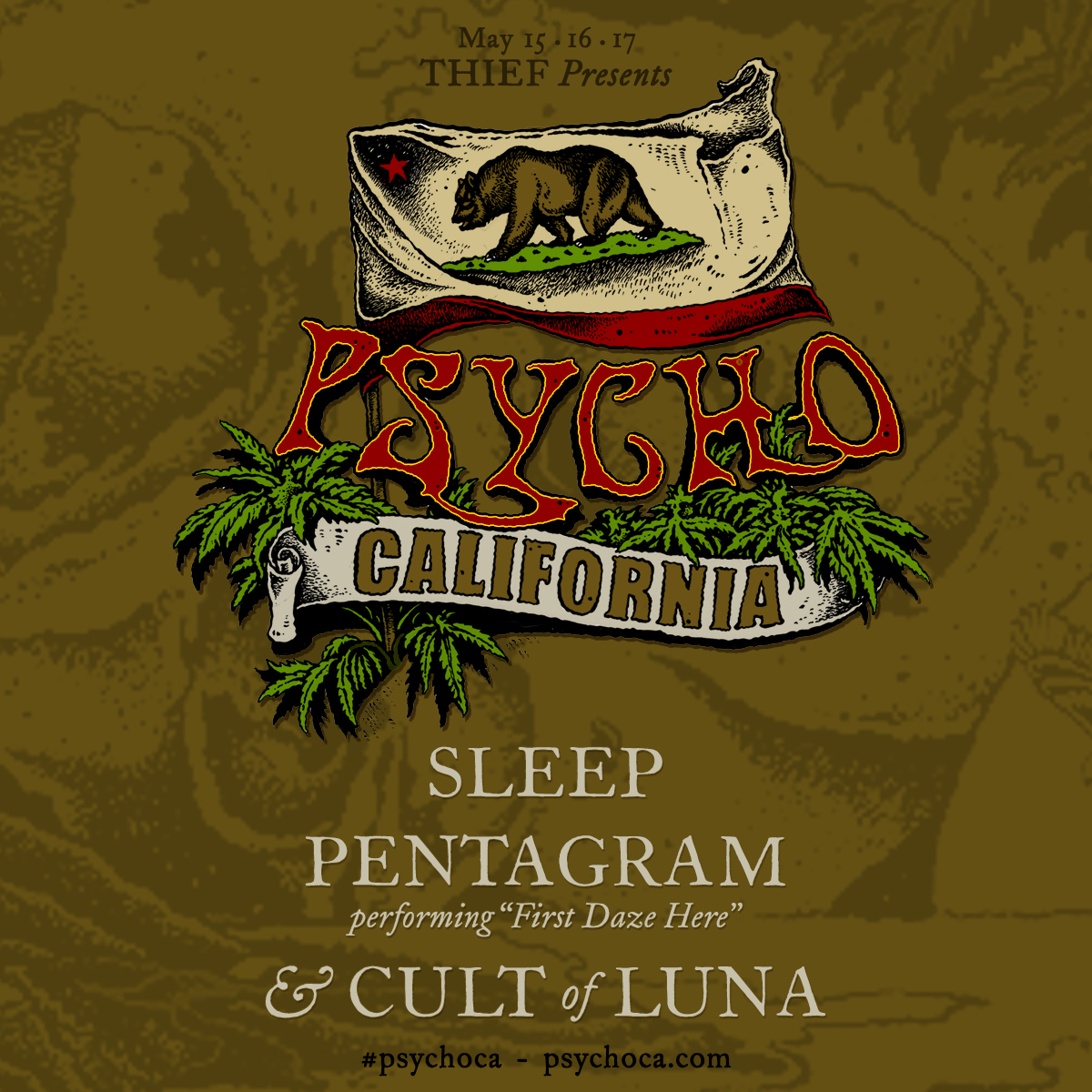 Thief has done it again, but never anything quite like this.  When we set out with Thief to create the west coast’s first annual three day festival celebrating the heavy and psychedelic, we knew we had to pull out all of the stops.  Well here it is… Sleep, Pentagram, and Cult Of Luna with over 50 other bands from around the world!

We didn’t just bring out the headliners to play any show or any set, that’s not how we do things.  Pentagram will be performing First Daze Here in it’s entirety- something that the band has never done before.  Psycho California will also witness the first live performance of Bedemon, America’s first doom metal band.  If that wasn’t enough, we are bringing out Cult Of Luna from Sweden for what happens to be there only scheduled date for 2015.

“2015 is going to be a slow year for Cult of Luna. However as much as we are musicians we are also fans,” said Cult of Luna’s Johannes Persson. “Evaluating if the offer to play Psycho California was worth dusting off our instruments was not hard after looking on the line-up. Being on the same bill as Pentagram, Sleep and a festival packed with the best bands around is a privilege in itself and we’ll try to live up to that honor.”

And then there is the Bay Area’s own Sleep- quite possibly the biggest band in the genre today.  It doesn’t get much better than this anywhere in the world for fans of doom, psych, metal, sludge and experimental.  It does get better for you though, because when you come to Psycho California from May 15th to 17th, you will be treated to the best hospitality that Southern California has to offer.  Warm days, clear skies, and the coast at your beckoning.  That’s something that everyone at Psycho will get to experience, but for the ones that want to sit in the lap of luxury, a limited amount of VIP membership passes are available.

We can go on and on about Psycho California, but at this point it’s up to you to get tickets while you can.  Just know and trust that Thief and Rabbits Black will have you covered.  The lineup is just the first part of the revelation…