Set for the 5th annual rain-or-shine outdoor gala, the 2011 Treasure Island Music Festival (TIMF) lights will be on and popping for a 2-day bash in the bay next month. The celebration will feature artists from across the lands of time and space, eager to caress your consciousness with positive electro-vibes and rock-riffed sound blasts. Some awesome, awesome performances are set to jam that include: Empire of the Sun, Cut Copy, Chromeo, Flying Lotus, Death Cab for Cutie, Explosions in the Sky, Beach House, and many more. See the full two-day line up here: treasure island line-up 2011. Traditionally, the first day of the event encompasses more of an electronica and hip-hop feel and the second day comes back with more of a rock and indie presence. Check it out for yourself. I have included some tracks from a few different billed acts for your listening pleasure after the transport…

Here are some featured installments of some surely cash worthy performances to take place, as promised:

Empire of the Sun: Standing on the Shore

Death Cab for Cutie: You are a Tourist

Besides musical shows, TIMF will offer other attractions that will surely host something for everybody. I mean, who would not want to ride a 60ft. tall FERRISS WHEEL?! Shit, that should create enough fanaticism for most kids to get out there on its own. There will be food, golden grained beverages, art expos, all types of bizarre merchandise, and other stuff included to ensure pleasurable experiences for the whole family. Browse the fantastically put together website for other information about parking, transportation to the island, overnight accommodations, and all other logistical necessity.

Treasure Island itself is a man-made construct that broke the Pacific Ocean plane in 1936. It has a very interesting history and for those that would like a little lesson in ancient civil engineering, WW2 Naval bases, the SF World Fair, and the Sally Rand Nude Ranch, check out the amazing story of the island on the official TIMF internet space: the story of treasure island . For any Bay Area native with a sense of historical appreciation, Richard Miller is a great Bay Area historian that offers insightful and rich work into the fruitful past of Treasure Island and beyond. The Treasure Island Music Festival will surely be a significant part of the futures story…Single and Two-day tickets are still available… Come out and participate in the glory.

While you probably know that Red Bull gives you wings,[...] 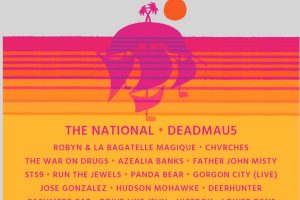 Since 2007, Treasure Island Music Festival has been a welcome[...] 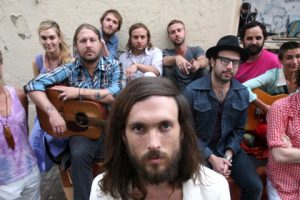 San Franciscans will be the first to tell you that[...]