The Jane’s Addiction come back is in full swing.  After a headlining (yes, they headlined) tour with Nine Inch Nails in the summer of 2009, Jane’s has been steadily gearing up for a new album release this fall.  The first single has been available for awhile now, but now we have a full on music video for “End To The Lies”.  Check it out and tell us what you think of the song and the video.

I have to admit, I wasn’t a huge fan of the single when I first heard it, but it’s growing on me.  Maybe this almost NSFW music video helped the cause.  Regardless, I couldn’t be more excited for a new Jane’s Addiction album.  The guys put on easily the best show of last summer with their “fans only” Roxy performance.  The trick for Jane’s is going to be trying to recapture the energy that they had for that show and put it into an album of awesome songs.  Their last album Strays was not the overwhelming success that fans hoped for- with many fans blaming Bob Ezrin’s producing for the change in sound.  This music video makes me think Jane’s has the right idea in mind- dirty, sexy, rock.

Jane’s Addiction premiered their new single this morning on KROQ. [...] 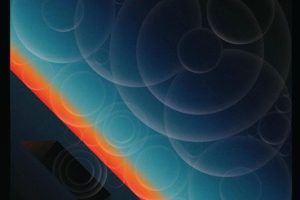 If the 4 days remaining until the official release of[...]