Experiments in digital music distribution: The latest from Saul Williams and Nicolas Jaar 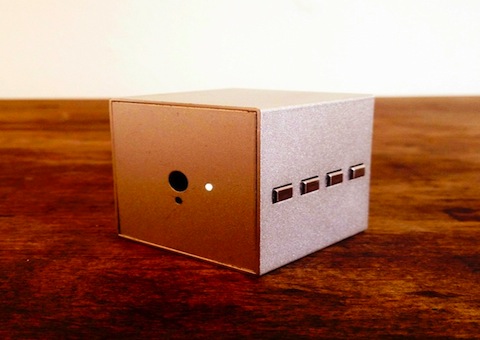 Distributing music in the digital age is one of the most challenging aspects that an artist faces today.  There is no way around the analog hole- the fundamental nature of music that allows sound to be recorded by analog means therefore circumventing even the strictest copy protection.  It’s sound, and it’s simple to record and share.  So in today’s world of torrents, MP3s and increasing bandwidth, it’s naive for an artist to believe that his or her music will not be shared against the laws of copy protection.  In fact, those artists who can embrace that can find success in the fact that more people than ever are being exposed to their music- this is a good thing.  Two artists recently have challenged the traditional models of distribution in innovative ways that are both exciting and so far very successful.  We take a deeper look at the recent digital distributions of Nicolas Jaar and Saul Williams latest works.  One released as wearable button and the other a physical cube device that can playback the album.

Volcanic Sunlight was released by Saul Williams back in May of 2011 in Europe.  The US release followed a few months later, and once it hit the ears of loyal fans and newbies, it was an instant success.  Saul’s most accessible album to date, Volcanic Sunlight includes some extremely danceable songs and Saul’s ever-present gift of poetic verse.  Saul experimented with digital distribution on his 2007 release The Inevitable Rise and Liberation of NiggyTardust! where he offered music consumers the option of paying $5 for the digital download or to pay absolutely nothing and download it for free.  We spoke to Saul about the Niggy Tardust experiment before the El Rey show in March, and according to him it was a success for the mere fact that more people than ever were listening to his music.  This time around, Saul released his album as a digital download, and something very fitting to the artist and his persona- a wearable and playable button.  Check it out here in the promo video:

The device was the idea of one of his “tech” friends, Adam Tichauer- someone who he considered a good friend but whom Saul never really got a grip on “what he actually did”.  His friend and innovator came up with the idea of a fashionable button that could play the album.  What resulted was the Volcanic Sunlight Playbutton.  By plugging your headphones into the device, you could listen to the new album on a mini-MP3 player that also served as a piece of clothing and fashion.  The idea of combining fashion with the music matched Saul’s persona perfectly.  The Playbutton is available now from Saul’s website.

In the Fall of 2011, Nicolas Jaar released his Don’t Break My Love EP in the form of a physical cube.  The electronic producer and musician packed his 12 tracks of material into what he called The Prism.  The Prism has the ability to play, pause and skip through the tracks on the EP.  A simple device, that once again simply acted as a fashionable and unique MP3 player.  The extremely interesting part of Jaar’s experiment was that he offered the EP as a free download on his website.  Consumers were given two options, take the music for free in digital form, or purchase a physical copy that was limited in quantity and truly unique.  Fans responded with excitement, and The Prism is still currently sold out on the Clown and Sunset website.

Nicolas Jaar and Saul Williams are not the first to experiment with digital distribution, and they won’t be the last.  In fact, quite a few artists have experimented with the Playbutton, and we covered The Flaming Lips awesomely creepy Gummy Skulls here before.  Jaar and Williams are success stories already in this new world of distribution because they have embraced the concept that digital music can not be chained or protected forever.  It’s the nature of music to be heard and appreciated, and holding that back only limits its outreach and potential.  By making a physical product that is unique, limited in quantity, and relatively inexpensive, these artists have found new ways of selling a product that many in the industry left for dead.  What do you think above these new experiments in digital distribution?  Are these products that you would purchase from your favorite artists?