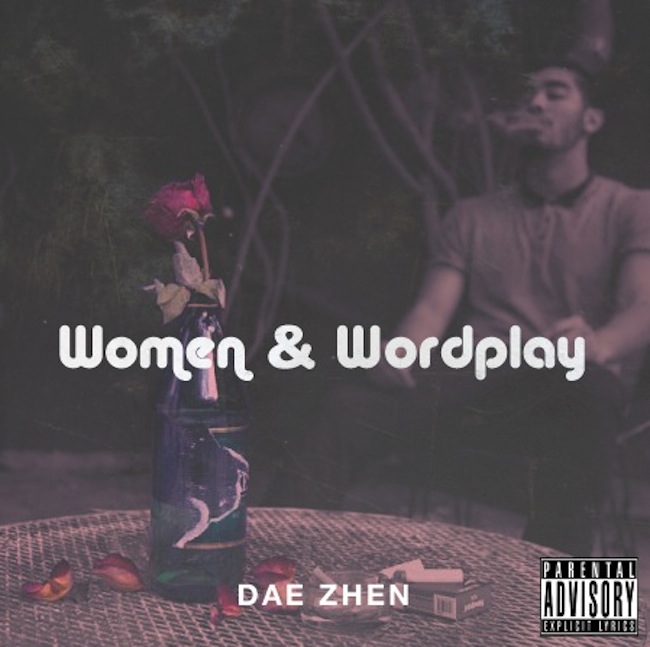 Admittedly, I have not been paying too much attention to hip-hop over the past year or so. I know that everybody from Jay-Z, Kanye West, and Eminem, to the A$AP Mob, Chance the Rapper, and Tyler the Creator decided to go to work and produce in 2013. Although I am glad to have such a big variety of stuff to choose from, sometimes it feels like I have just pivoted from the genre as a whole. I mean, some of the classics still have their place on my workout and smoke mixes forever, but making time to listen to and learn about newer material just seems…well… fruitless. That is of course until a fresh up-and-comer on the scene was introduced to me – artist Dae Zhen (pronounced “Days In”) out of greater Los Angeles – and I would like for all RB’ers to get acquainted. I had a chance to chat with Dae Zhen and found a personable, down to earth, and well cultured individual just trying to make a life out of making music – and it would not surprise me in the slightest if those thoughts became reality for this guy.

Nothing speaks louder about Dae Zhen than his music, so let’s get right to the point. This guitar/piano/trumpet player and songwriter has some real talent and it shows throughout the newest release, Women &Wordplay, his first full length studio album that dropped last month 2014 with 10 exquisite tracks and 3 skits. Check out the audio for the entire album here, including tracks like “Anonymous Alcoholic” and “Lychee” two of my favorites on the album. The style is really like an auditory ice cream sundae topped with lyrical berries and instrumental syrup. The sound is a mix of tuneful R&B and cleverly riddled hip-hop with a twist of Soul. Women & Wordplay is a great listen for those appreciative of that classic feel – melodic choruses in between tightly twined and crafty raps with a backdrop of neatly produced instrumentals laced with vintage record player needle drag. Its metaphors like “…if every verse is gold, is this music or alchemy?” and “…but I wrote my songs in blood and it only attracted leeches” that make the lyrics stand out.  Also, it was refreshing to find out that Dae Zhen was instrumental in laying down some of his own bass lines and guitar riffs to help put Women & Wordplay together under the production of Mike Derenzo.  The first video put out for the album so far is “Dead Poet’s Society” produced by Mike Derenzo and featured below:

There is clearly a solid foundation of instrumental influence: horns, strings, and piano – all things classic in essence – and I am personally a fan of those that can truly do it all. The dude is 21 year old Drew Lawrence, and instead of heading into the unknown landscape of post-college life without any idea of what lay ahead like many of his peers (and the rest of us), Drew plans on promoting his album and performing at some local venues including an upcoming show at The Lyric LA on 4.19.14. As we all know as fans of good music, there is no better way to support what you like than to see it live and get the word out!  Who knows, the show might bleed over into 4.20 and ya’ll can ring in the holidays together – united in the haze of herbal remedy and waves of musical therapy.

Discovering Dae Zhen has been a refreshing re-acquaintance with hip-hop in general, and I highly recommend all fans of good music to check it out!

Dae Zhen will be performing on March 28th at Los Globos.  More info on that show can be found at Dae Zhen’s website.