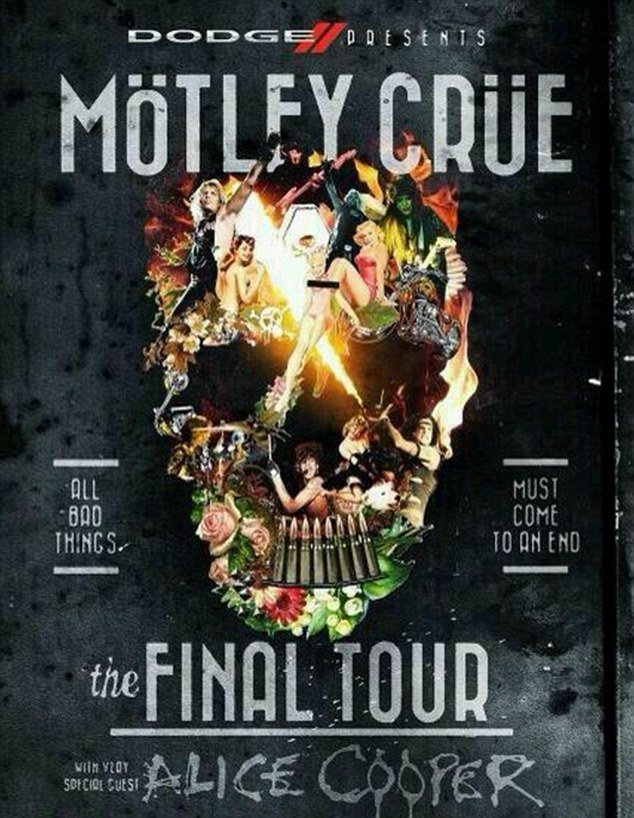 All ‘bad’ things must come to an end. The curtains will finally be drawn for the legendary heavy metal band, Mötley Crüe. Currently on the road for their “Farewell Tour – All Bad Things Must Come To An End”, the influential rockers just unveiled the dates for the “Final Tour”.  The iconic Alice Cooper is set to join them as the special guest opening act, making it an even more legendary Rock N’ Roll event. Saving the best for last, Mötley Crüe will conclude their extensive tour on the last day of the year in the city where it all began for them in Los Angeles, at the Staples Center on December 31, 2015.

It’s been a year since Mötley Crüe signed their “Cessation of Touring Agreement”, the only band in history that has actually signed a contract promising that they will not reunite after these final shows. “We always had a vision of going out with a big bang and not playing county fairs and clubs with one or two original band members,” drummer Tommy Lee quoted in a statement. “Our job here is done.” It will indeed be a bittersweet remaining journey and fans won’t want to miss out on these limited closing shows.

In all their fiery glory!

Kickstarting their hearts and ours, Mötley Crüe’s first show on the North American leg will begin on July 22nd in Eugene, Oregon and will conclude with the LA grand finale on New Year’s Eve. The tour consists of 34 dates, honoring their epic 34-year anniversary since the hard-rock group formed. The Crüe have opted to perform their final gigs in larger venues to ensure that everyone has the opportunity to attend after seeing an overwhelming demand from fans. Rumor has it, to celebrate their 34th anniversary, the band will perform an exclusive one-night only show at “Whisky a Go Go” on the historical Sunset Strip (where they initially rose to fame) after the very end of the final show .The Crüe wanted to complete the wild ride right where it all started.

Mötley Crüe, one of the best-selling bands of all time is most known for being the “bad boys” of glam metal, having sold more than 100 million records worldwide.  The Crüe is made up of: founders Nikki Sixx (bassist) and Tommy Lee (drummer) who brought in childhood friend Vince Neil (lead vocalist), and completing the group is Mick Mars (guitarist).

We first said hello to Mötley Crüe in 1981, when they united as a strong brotherhood unity, embarking on their shared quest for rock n’ roll fame. They commanding the Sunset Strip as young, hungry guys with a big dream and quickly rose to international fame. 34 years later, they continue to perform in sold out arenas and still have die-hard loyal fans of both the older and newer generations referred to as “CrueHeads’. Sadly, the time has finally arrived to say goodbye.

The members of the group are also noted for their notorious personas and decadent lifestyles. Living the true image of hard-core rock n’ rollers, the member of Mötley Crüe have individually been through high profile legal turmoil, heavy substance abuse, chronic health issues, personal struggles with one another, famous marriages/divorces and a whirlwind ride of ultimate highs and lows. Yet they are all still he and ready to rock, so maybe they are just as invincible as they thought.

Mötley Crüe made several classic hit albums during the 1980s, including Shout at the Devil (1983), Theatre of Pain (1985), and Girls, Girls, Girls (1987) that incorporated the tales of their hard-living lifestyle, love for whiskey, strip clubs and girls. The single “Girls Girls Girls” still remains the iconic anthem for Mötley Crüe. Their best-selling album was their fifth studio album Dr. Feelgood (1989), which was also the Crüe’s first album recorded after their mission for sobriety and rehabilitation. 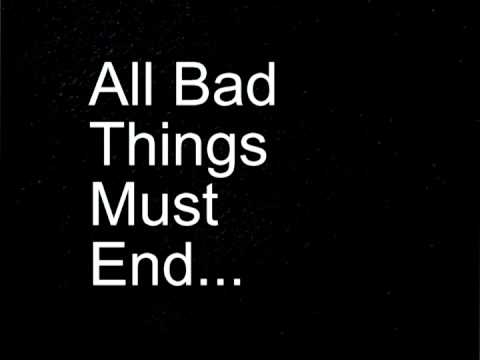 As with past tour dates, Mötley Crüe are offering VIP packages for each show through their website. Local pre-sales for the final Crüe concerts will begin on Thursday, January 22nd, with a public on-sale starting the next day. For the band’s last ever concert in Los Angeles, tickets go on sale Saturday, January 24th at 10 a.m. local time. Expect the shows to feature their traditional drum roller coaster, pyrotechnics, amazing guitar solos, fire-shooting bass, exotic pole dancers and fans completely rocking out with fists in the air shouting all the lyrics in unison. Check out the group’s official site for more information.

Folks, it’s time to dust off your old collector’s albums, stock up on the Aqua Net, get out the ripped jeans and leather jackets. Get your tickets ASAP to join Mötley Crüe bid their final farewell and watch their final bow go down as a band. I know I’ll be there! “We wanted to go out as the same four guys who went in, with the same spirit,” said bassist Nikki Sixx. It’s an occasion you surely will want to be a part of, as it will top music history charts. Tour dates listed below: