When we last caught up with Markus Schulz, we were sailing the seas on the Groove Cruise Miami as he debuted his upcoming artist album, Watch The World, publicly for the first time during a curated listening event. While that moment represented the first official unveiling, the truth is Markus has been planning this presentation for quite some time. We joined Markus in the studio in April of 2015 for a recording session in between New World Punx’s two Coachella performances that year . It was clear from this session that Markus had committed to the idea of exploring the song writing aspect of his passion for music. At that time we witnessed a genuinely giddy Markus work meticulously on the production of what would become “Rewind” featuring Ethan Thompson- sure to be one of the standout tracks from Watch The World. This desire to create songs first, centered around a narrative and built on the foundation of acoustic guitar, was something that Markus clearly wanted to explore. This was his passion, this was what he wanted to do at this point in his career. The commitment to do things his way has made him one of the most respected DJs in the world, and it has without a doubt cemented his status as legend within the world of trance music. Instead of conforming he has made an even more concerted effort to embrace what truly matters and speaks to him. It’s with that dedication to his musical inspirations and aspirations that his 6th studio album, Watch The World, was born.

As Watch The World is unveiled to the masses, Markus took the time to reflect on his latest creation with us.

Rabbits Black: You are about to begin the Watch The World album release tour. As you prepare the experience for these special nights, how do you approach these shows differently than your normal gigs in terms of set creation?

Markus Schulz: There is an extra element of preparation that goes into these shows above a regular gig. My main goal with the outcome of this album was to take the songs and make them really important moments within the journey of my live sets. I don’t play a huge amount of vocal tracks in my regular sets as you know, but what I strive to achieve is that when a vocal track does appear in the set, it has a message and a story that carries importance and resonance; something that can connect spiritually with the entire audience.

I’m speaking to you from New York at the moment, but I was home in Miami for a couple of days earlier in the week (my first since Miami Music Week), and I was locked in the studio for most of that time preparing the tracks for liveset play, because only some of them to date I have played out live. So hopefully I’m ready!

Rabbits Black: About how many songs from Watch The World can we expect to hear on a nightly basis during this tour?

Markus Schulz: Quite a few as you would expect. Luckily because most of the album was written in Los Angeles, and features LA based singers, there will be some special live performances in store for the people coming to Exchange for the opening show of the North American tour on Friday night.

I’m very curious, over the course of these five tour shows over the next week or so, which tracks are going to connect with fans the most at an early stage.

READ THE EXCLUSIVE: In the studio with New World Punx

Rabbits Black: You’ve approached this new album with more of a singer / songwriter mentality. Will we see that approach translated somehow into the live shows as well?

Markus Schulz: That is the goal further down the road, but at the same time I am still a DJ at heart, and my appreciation and respect for that art is paramount. The songwriting mindset has certainly contributed my mind to becoming more creative, so there are possibilities of providing an enhanced presentation to make things an even more memorable experience for the fans.

What I want to achieve long term is to choose the vocal moments that strike meaning and contain stories that everyone in that room can connect with, with a message people will remember for years to come, rather than a vocal that’s there and nice at the time, but forgotten about within weeks or months.

Rabbits Black: So far the Watch The World Tour is much smaller and condensed then the Scream Bus Tour. Any particular reason for that or can we expect the Watch the World Tour to expand in the coming months?

Markus Schulz: That was actually a conscious decision on my part, and was backed up through the listening session at the Groove Cruise when I last saw you guys.

I felt that because this album was so personal and story based, I wanted those stories to be firstly emitted in intimate environments, in cities where I have a long-standing and special connection with the fans. If you examine all five cities – Los Angeles, San Francisco, Washington DC, Miami and New York City, each has played a significant role in my career development, and all are regular stops on the monthly Global DJ Broadcast World Tour.

The tour over the next week is more of a celebration of the release, with a more extensive tour coming in the fall, after the summer festival season. But for these shows I wanted the people attending to have a different mentality – rather than “Markus is here putting on a show and we’re here to see him”, I want it to feel like “we’re all together at this incredible party and Markus is part of it”.

We just had Ultra in Miami a month ago, and that marked around the one year point since Destiny was released, yet the passion people still speak about the track is incredible. My abiding memory of playing at this year’s Ultra was watching the sea of people closing their eyes and singing the words like it was the most important thing in the world to them. That meant a lot to me. So to be able to take that into an intimate environment, watching it unfold up close and personal from the DJ booth, I think will be very special. 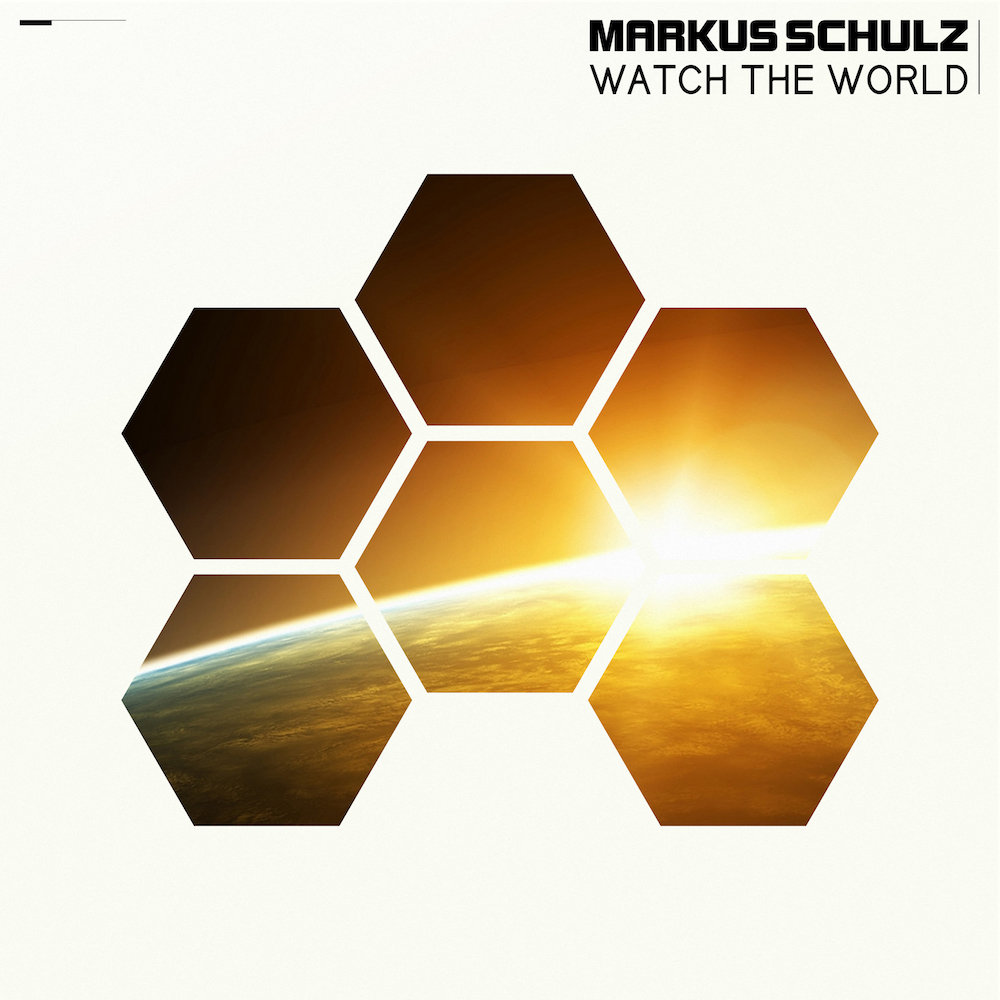 Rabbits Black: When we spoke to you on the Groove Cruise, you admitted to us and the fans at the listening party that you were nervous to play these songs for the first time. Where are the nerves at now?

Markus Schulz: I still am nervous, because artist albums are such a huge milestone in my career. And when it’s in the worldwide domain, two years of putting your heart and soul into a project can easily be dismissed by anyone out there in the space of five minutes.

However, with Watch the World, I’m hoping that people will approach with patience and willingness to absorb the meaning behind the music – listening to it as more of a one-to-one experience – where it’s a case of “this is me, this is who I am, and these are the stories I’d like to share with you if you are willing to lend an ear”.

So feeling nervous, but there is that element of excitement approaching as well because of meeting and connecting with the fans at the tour shows.

Rabbits Black: We can’t help but mention and notice that the first show on this tour is happening in the City of Angels. That follows two open to close sets in LA in a six month period. We know LA is special to you, but this is quite the honor.

Markus Schulz: Well you guys know how much Los Angeles means to me, whether it’s the solo sets or the city compilation or track dedications. It’s funny, because years ago, when I was trying to establish a name for myself by touring outside of the residency at Space in Miami, I was really intimidated by the thought of playing in LA, and when I’d walk through the airport I’d wonder whether this was worthwhile, since nobody knew me.

However, I was so so fortunate that a group of people on the “Tranceaddict” message boards were tuning in to the online relay of Party 93.1 carrying Global DJ Broadcast every Sunday night, and they really embraced the sound and what I was about at an early stage, before many other cities and countries worldwide. And I’m so lucky that these same people who are supporting me then are still giving their all for me at the shows now, and friendships are long established.

So Los Angeles will always remain a very high-priority for me today and in the future. It’s definitely not a coincidence that the first tour show is happening there. I can’t wait to see everyone for another special night.

Watch The World is available for purchase on Friday, April 29th from your favorite music retailers. The best way to experience music is live, so check out Markus Schulz on tour around the world. 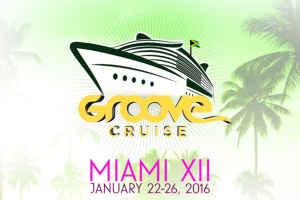 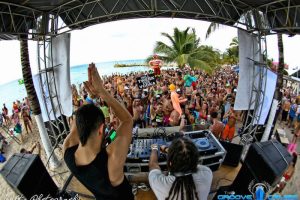 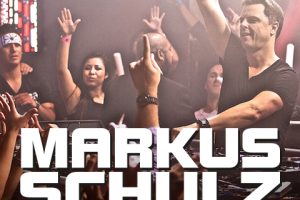 There must be too many unicorns in Orange County! Trance[...]