Lollapalooza 2013 lineup is the best of the summer music festivals

Lollapalooza 2103 is four months away, but the excitement level is already through the roof.  Lollapalooza announced it’s 2103 lineup this morning, and it features two major acts that you won’t see at any other festival this year.  The Cure, gracing the Lollapalooza festival for the first time ever, and the return of Nine Inch Nails.  The lineup is rounded out by Mumford and Sons, The Killers and Phoenix at the top- three bands that you can pretty see at any festival.  But deep in the lineup are some Rabbits Black favorites- Crystal Castles, IO Echo and Wavves.  The lineup is huge and it packs the most wow factor out of any of the US festivals announced this year.  We got the full lineup and also a breakdown on what days they will be playing.

There’s over 130 bands and artists at Lollapalooza this year, and there is something for everyone.  Friday is going to be the heaviest day of all- with Queens of the Stone Age, Crystal Castles, and Nine Inch Nails slotted for the opening night.  The Killers will be on another headlining stage on Friday, along with New Order, Steve Aoki, and Imagine Dragons.

Saturday is going to slow it down with The Postal Service, Mumford and Sons and The National at the top.  Stop by Perry’s on Saturday if you want to pick up up the pace with Dada Life and one third of Swedish House Mafia with Steve Angello.  Sunday is your more eclectic lineup with Wavves, Major Lazer, Knife Party, and Phoenix.  Lollapalooza 2013 will close with The Cure playing the festival for the first time ever.

The Friday of Lollapalooza is the best music festival day all year in our eyes.  Nine Inch Nails hasn’t played Lollapalooza since their Lights In The Sky tour in 2008.  Right now this is the first US scheduled date for the return of Nine Inch Nails, which means most likely this will be their US debut with the new lineup.  We’ll be running a ton of Lollapalooza coverage.  Keep your eyes here for the latest. 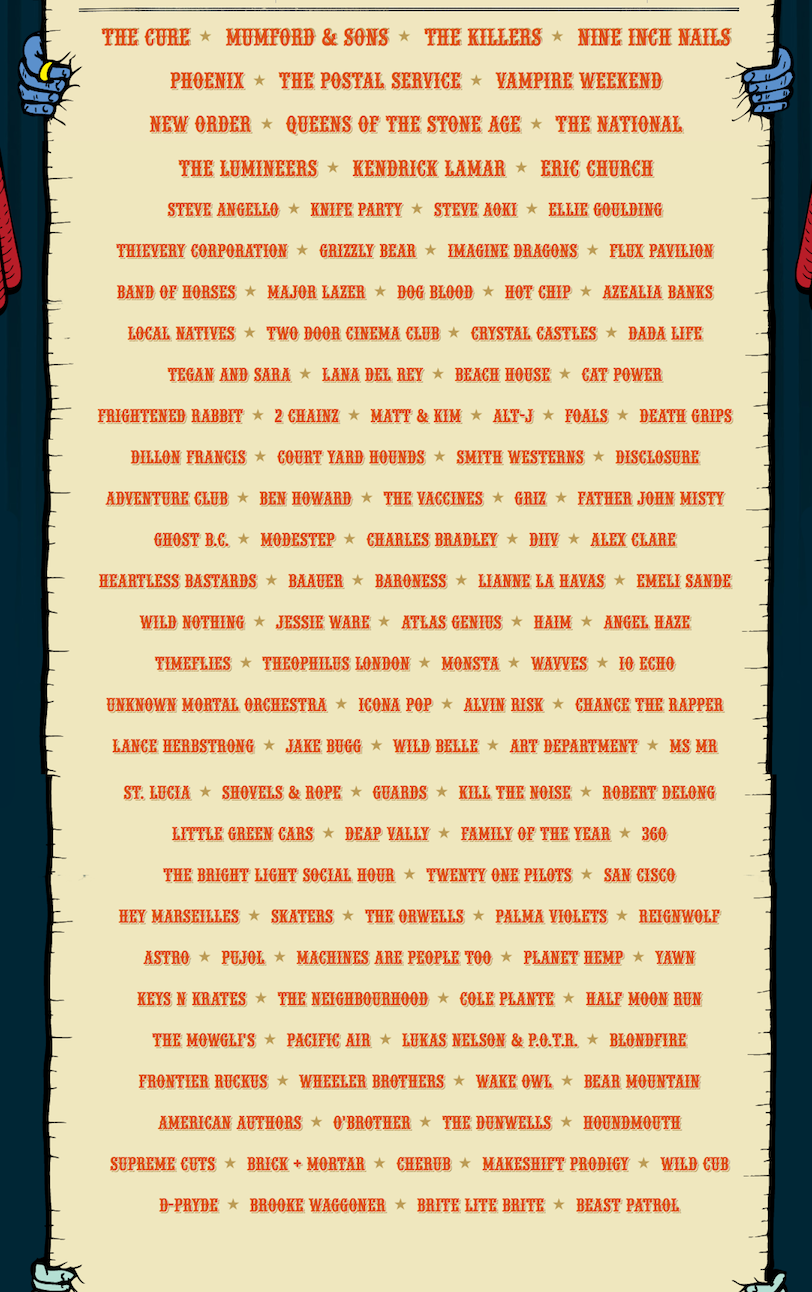 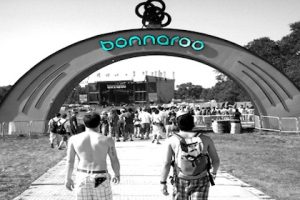 Bonnaroo set to outdo and out-California the mighty Coachella

Though they may not want to come out and say[...] 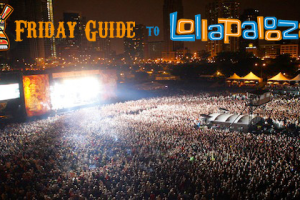 Rabbits Black is journeying to Lollapalooza in Chicago this year[...] 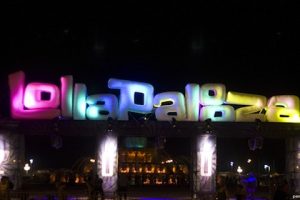 Lollapalooza is consistently one of the premier music festivals in[...]