Live Review: Yellowcard @ The Observatory, May 9 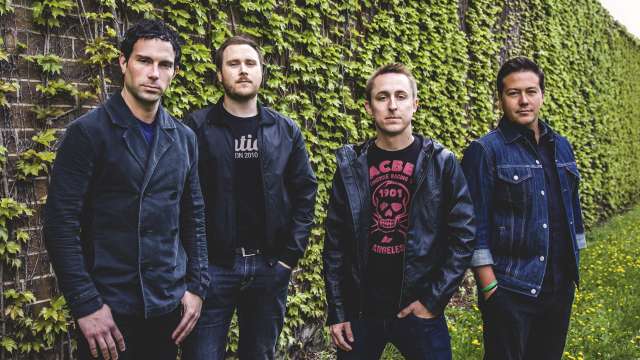 (RB Contributor Carolyn Vallejo)
Yellowcard knows that a generous portion of the crowd that sold out last weekend’s show at the Santa Ana Observatory were probably there last minute after reading on Twitter somewhere that “that Ocean Avenue” band would be coming through town. They also know that much of the crowd might not have even listened to their music in more than a decade.
It’s been 12 years since Ocean Avenue came out, and 12 years since Yellowcard hit their peak of fame, so it’s not a stretch to assume that for many who came to the show, it was a throwback to another decade. It’s endearing to see Yellowcard lead singer Ryan Key poke fun at the fact that the band truly took off in the hearts of 11-year-olds.
But if Key assumed their show would merely be a quick regression to the past for the crowd, he was wrong. From the very first moment Yellowcard stepped on stage and launched into new music from their latest album Lift A Sail – released less than a year ago – the audience made it clear that this wasn’t just a concert for reminiscing about 2003. 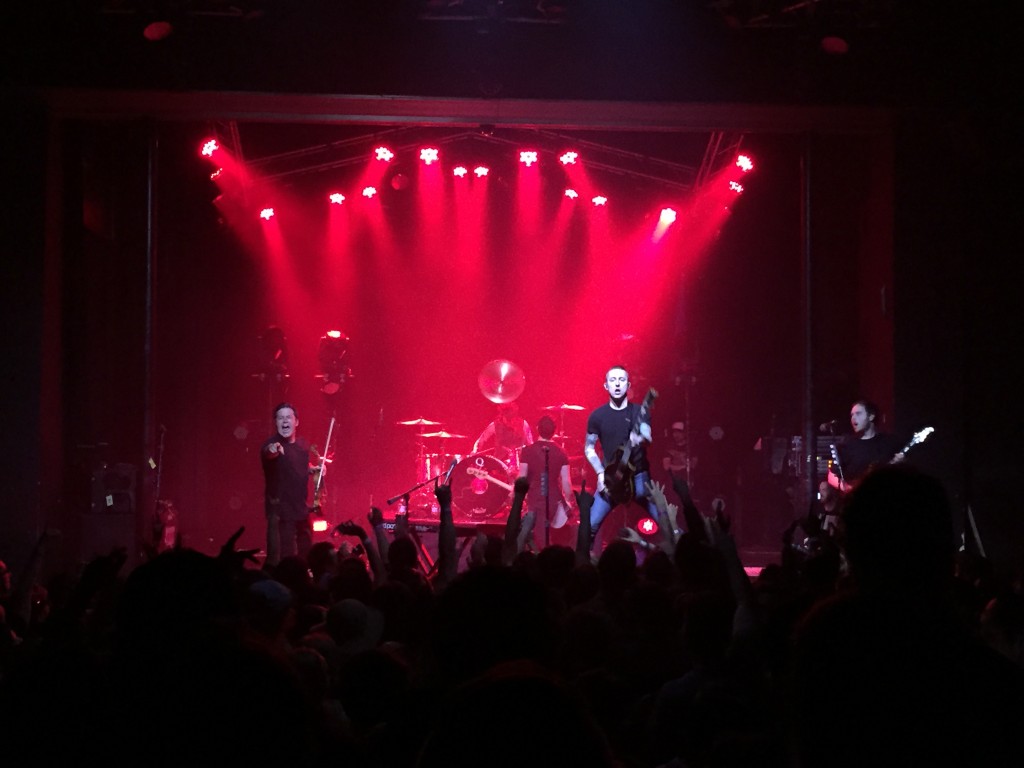 Things have changed for Yellowcard in the last decade. The lineup from Ocean Avenue was not the same lineup that appeared on stage last weekend, but their fans have stuck around. The crowd screamed along at all of their tracks, including openers “Transmission Home” and “Crash The Gates,” both off the newest record. It was sweaty mash of a chorus that sang just as powerfully to “Make Me So” and “One Bedroom” as it did to the more familiar verses of “Lights and Sounds,” “Rough Landing, Holly” and “With You Around.”
Key’s request that people quit staring down at their phones (unless they’re Tindering, of course) and the popping up of iPhone flashes instead of lighters during ballad “California” would have never been seen at an early 2000s show. But if there was any doubt, the roar in response to title track “Lift A Sail,” a song derived during dark times for the band but with the unbreakable message of optimism, made it especially clear that Yellowcard remains as relevant today as ever to their fans.
Of course, some things will never change, and in some ways, this was a trip to the past. The air was admittedly more excitable for earlier songs like “Lights And Sounds” and “Believe,” and the lip-locking during old favorite “Only One” was vast, to say the least. Yellowcard’s very first booking agent was in the crowd, and it’s perhaps not so surprising that a California band would sell out a California venue as if the band were still a local gem. Plus, there’s the infallible love for “Ocean Avenue,” played at this show, as with every show, as the grand finale.
But some parts of a Yellowcard concert in 2015 transcend generational constraints, like the breaking open of a vicious mosh pit from start to finish, its sweaty guys without shirts singing arm-in-arm during some of the more emotional songs of the night. The crowd probably lost its voice as much as bassist Ryan Mendez, who coincidentally was playing the show with a rough case of tonsillitis and pneumonia. How could long-running Yellowcard members Key and the iconic violinist Sean Mackin not crack a smile when, 15 years later, people are still screaming their lyrics? The band was lovingly gracious for this enduring support, which, for Yellowcard, is one thing that will never get old.
Tags: observatoryYellowcard