Once that horrible catastrophic reunion got over, Yoni Wolf et al. took the stage for what would be a proper culmination of a show two years in the making. I was unaware of this but apparently this show had been put off for some time. ‘Why?’ has recently released a sneak peak of new material and the crowd was a buzz for what they might try. In the short time they were on stage they layered many reasons this band is an extreme underdog. This small tour featured only a few stops and was likely a prep for a larger tour after their album hits stores later this fall.

Unveilings: New material, two drummers, and last but most important of all… the addition of  Josiah’s wife, back up vocalist, musician ‘Liz Wolf’.  I cannot emphasize enough how epic her vocal tone was juxtaposed to Yoni’s word play. ‘Why?’s’ new album “Mumps, etc.” is slated to come out October 8th and will undoubtedly and easily launch them to a new level. I highly recommend this upcoming tour to any and all remotely interested. They killed it.

The Negatives: The crowd participation left something to be desired at this show.

Tip of the week: Finish your vegetables so you can grow up big and strong in order to help support crowd surfing.

Recommendations: ‘Why?’ would undoubtedly thrive in NYC, LA, Philadelphia, and Oakland. 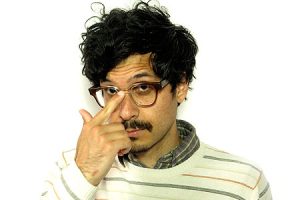 Guest post by Jay This Show Alert goes out to[...]