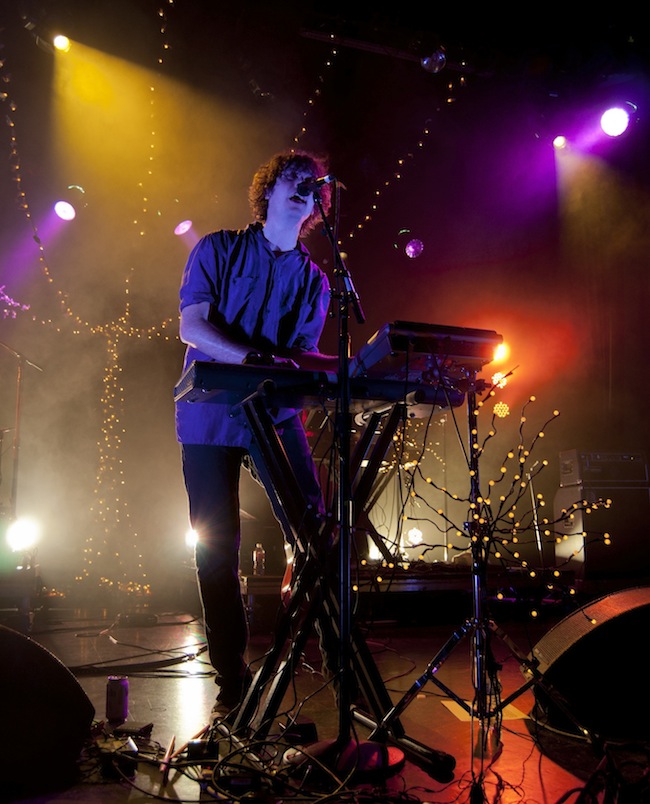 Riding a wave of popularity from the indie blogosphere and his recent booking at Coachella, Washed Out – the stage name for boyish 31-year-old Georgian Ernest Greene – rode into a seriously underbooked show for his sold-out concert at the El Rey Theatre.  It wasn’t going to take a lot for the musician to satisfy his audience – allowing him a handicap his highly produced music may not have been able to overcome with live instrumentation.

Turns out, this worry I had going in was unjustified.  Whether or not Greene’s music translates well to the stage is still unanswered for me, as Greene and his touring band of four additional musicians took liberties with the source material to create something much more fitting for a live setting.  At times recalling M83’s Hurry Up, We’re Dreaming as much as Washed Out’s 2013 LP Paracosm, the concert wasn’t going to settle for the heightened, yet chilled out dream zone that his recorded music creates.

What we got instead was most likely an improvement.  Surely there are plenty of scenarios in which zoning out to a song like Echos, off Washed Out’s other-dimensionally grayscale Within and Without, can make for a intense listening experience.  But just as likely, it could bore the ironic mustaches off a room of 19-year-old hipsters.  The show we got instead hedged the bets, but didn’t feel like it was settling for anything.