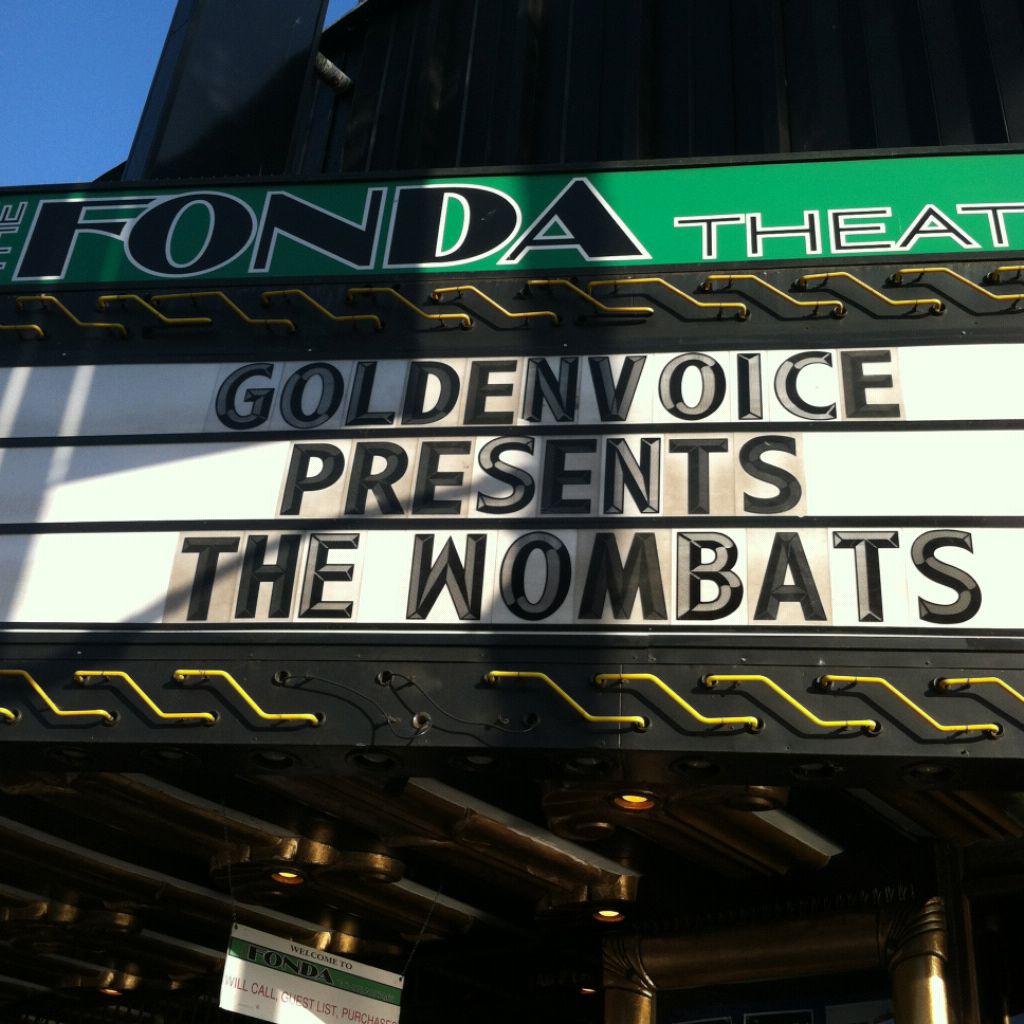 Liverpool natives The Wombats played a highly anticipated show for a very fired up LA crowd on a bewitching Tuesday night. This show was especially meaningful to long time Wombat fans after the release of their latest album Glitterbug. Members Matthew Murphy, Daniel Haggis, and Tord Knudsen are no strangers to the LA scene but were welcomed back by a packed house at the Fonda Theater.

Five-piece band Cheerleader was first to warm up the stage for The Wombats. Their Philadelphia charm was just what the crowd needed to get the mood going in the right direction. They were brilliant, spirited, and played the perfect set for anyone wishing to get lost by the seaside.
Life in Film took the stage next. This indie four-man band from England had a mellower and more captivating sound. Watching them felt very familiar, which touched the women especially after falling in love with the voice of lead vocalist Samuel Fry. In simpler terms it was beautiful, and they played a set that one might not mind watching repeatedly. The Wombats were last but certainly not least to take the stage, and it was undeniably worth the wait. They were nothing but electric from the moment they took the stage. Tord in particular was full of life and incredibly interactive with the crowd. There are not enough words to describe the shift in energy the crowd experienced once The Wombats took the stage. Playing the perfect mix of new and old songs the boys sent the crowd into a fury because this was it, this was The Wombats.

If you were not dancing, then you had it all wrong. Everyone in the venue had lost it, which is an automatic for any show The Wombats play. The band even gave a special treat to veteran fans with the overwhelming and emotional performance of their song “Little Miss Pipedream”.
It was an unforgettable night for many, and one that had to be experienced with your own eyes. Both Cheerleader and Life in Film are two amazing bands that blended perfectly with the sound of The Wombats. As the main attraction, The Wombats were exceedingly brilliant. It was a show full of life, and a show full of excitement. A show for those of us who will never beat those teenage kids.