Live Review: The Kooks @ The Troubadour 3/10 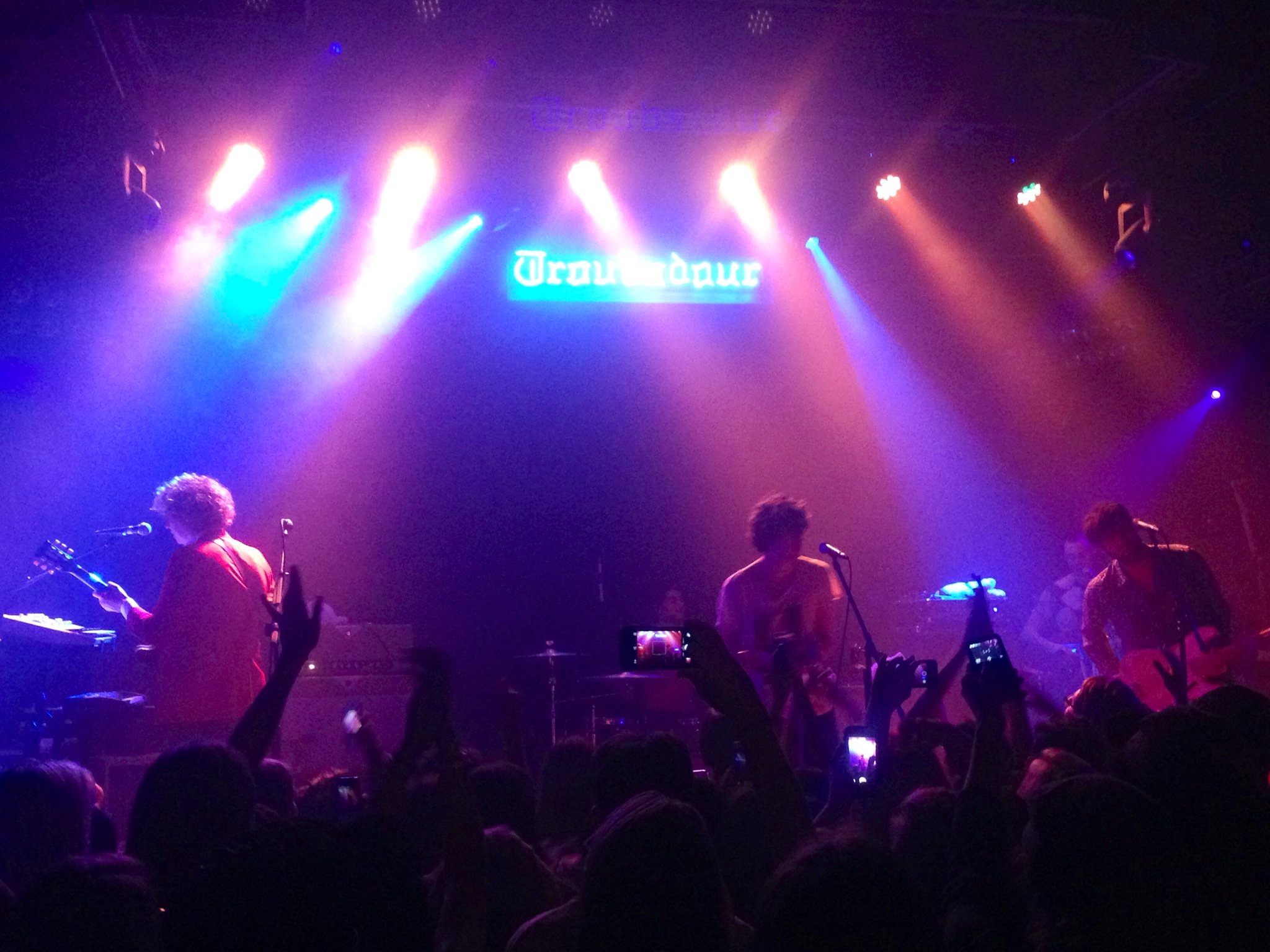 I guess Monday isn’t a slow night for some bands. British pop-rockers The Kooks sold out a double billing — including a midnight show — at the Troubadour Monday night, packing the classic venue with two tiers of screaming young fans. They definitely nailed the secret formula for a two-show Monday night: 1) Have a teenage audience that can sleep through classes Tuesday morning; and 2) throw it in LA where many of the adults can sleep in Tuesday morning too!

The Kooks brought are straight out of Brighton in East Sussex and led by the highly energetic and talented – and possible Jonas brother – Luke Pritchard. Based solely on the teenage audience and youthful appearance of the band members you would never guess that the Kooks have been around for 10 years already, but their pretty extensive catalogue proves otherwise.

Pritchard came out swinging and belted out a few of their biggest songs, “Ooh-La” and “She Moves in Her Own Way” in the first five songs, switching back and forth between new and old tracks. It was clear with two shows in one night the Brits would be trying out some new material and you could tell clearly from the audience reaction which songs were new – fans either singing in full chorus or looking around at their friends to see if someone else knew the song.

Several of the new tracks really landed, especially “Down” which is a fun pop/skat dance song and the first UK single off their new album. “Around Town” might be the best new song of the night, with Pritchard showing off his vocal skills through several choruses, asking a girl in the song repeatedly and with a feeling of appropriate desperation if she will “Love [him] when the chips are down.”

After a full night of music the Kooks finished with a simple two set encore, going out on maybe their most popular song “Naïve.”

Despite some choppy instrument changes that broke up the flow of the show, the Kooks had themselves a hardworking and impressive Monday night in LA.