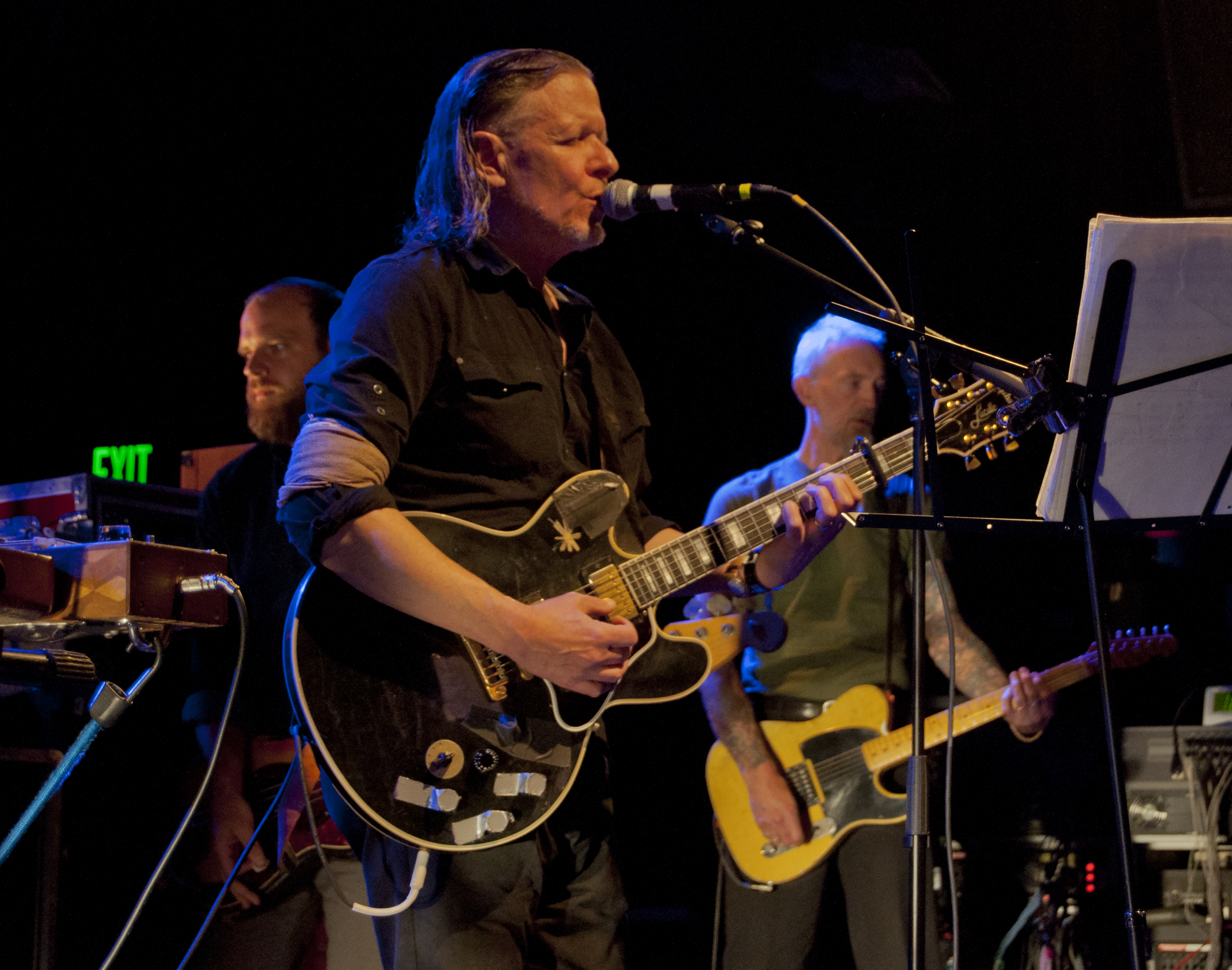 Swans shows aren’t like other shows.  This was made obvious when the veteran art-rockers started out their set with four minutes of nothing but solid, solitary gong work.  This proved to be one of the few quiet moments in a Tuesday night set that fiercely and furiously pulsed and pounded for two-and-a-half hours into the wee hours of the morning.

Swans is spearheaded by Michael Gira, who at times is less of a frontman and more of an conductor.  He’ll frequently step back from the mic to guide his band with gestures as they continue to hammer out songs in new directions, even after they’re finished and released.  By all accounts Gira seems like a nice guy (a sign at the merch booth promised that he would come out after the show and happily sign anything).  But visually, Gira looks like an unfocused old man who would never say “I love you” to his grandkids – and even if he did, he probably wouldn’t mean it.  Actually, now that I think of it, you could describe half of the guys in Swans this way.

Any such detachedness the band might project with their physically is totally non-present in their performance.  The songs stretched out as long as thirty minutes, and every moment was engaging to the right audience (the wrong audience, many of whom came out to see opener Angel Olsen, slowly but steadily walked out throughout the night).  Vocals were few and far between, allowing the songs to trample all over themselves with an unforgiving drive suggesting some kind of madness, but not without sounding divine.  Their feel for the night was so brutal that when Gira asked everyone to pray for his friend who had just fallen into a coma, “Not that he’ll recover, because he won’t,” it was the downright sweetest moment of the evening.

But no one goes to Swans for warm fuzzy moments.  Gira and his bandmates have formed something quite remarkable since reforming in 2010, a band that creates the most aesthetically appealing storms of shit.  It’s something to behold, just don’t expect to feel good about it afterwards.