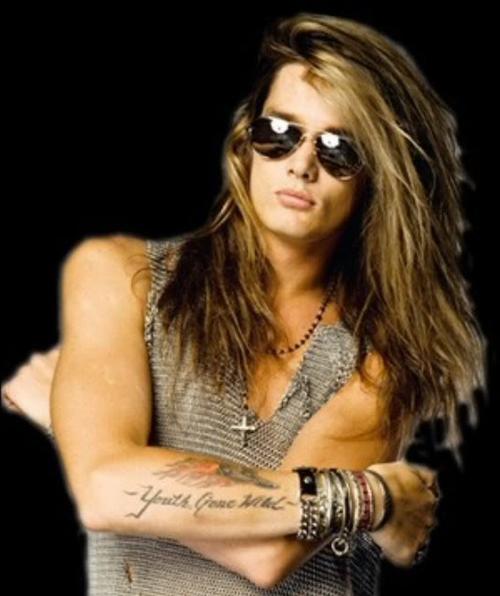 A night of heavy metal at its finest! Legendary Sebastian Bach, former frontman of Skid Row performed a very intimate show at the historic Saban Theatre located in the heart of Beverly Hills, CA. Hardcore loyal fans of Bach’s eagerly gathered making it a packed house to celebrate this night together. Everyone was dressed in true rock gear, many had on Skid Row T-shirts (I’m wearing mine as I write this), and we all shared the common interest of being beyond excited that Sebastian Bach would soon dominate the stage and that is exactly what he did. 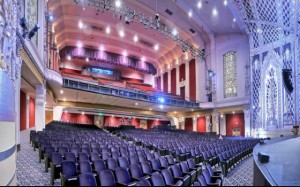 To see one of your favorite artists you idolized growing up is one thing. To see him up close and personal in such an intimate setting as the Saban Theatre is simply something else. The Saban Theatre formerly known as the Fox Theatre first opened its doors in 1930. For the first fifty years, it served as one of the premiere palaces in Los Angeles. In the early 1980’s, the theatre was renovated and converted to a stage venue. The Saban Theatre has such an antique majestic opera house feel to it, really there are no bad seats in the house. Perfect ambience to go along with the impeccable rock night that Bach effortlessly delivered!

Sebastian Bach took to stage promptly at 9:00PM stomping on stage with full force kicking off the show with his acclaimed show opener ‘Slave to the Grind’. Bach, complete with his stoic stage presence dressed shirtless and black vest and skintight black pants definitely had the crowd kicking and screaming with roars of cheers that set the tone for the entirety of the night, the show lasting almost two hours. Bach’s close interaction with the audience is endearing. Though it was assigned seating, not one soul was sitting. The entire crowd stood for the whole show, fists waving in the air, head banging along with Bach onstage doing the same exact motion. His energy level didn’t slow down once. He still has his long sun kissed blonde hair that he frequently head banged back and forth. A little acrobatic move of the night, Bach has an amazing talent to swing the microphone over his head around and around at full speed multiple times. Watching him do it is suspenseful and you even wince thinking the microphone is going to swing out of his hand and into the crowd, but nope! Each time, he caught it on point, to the exact beat of the music. 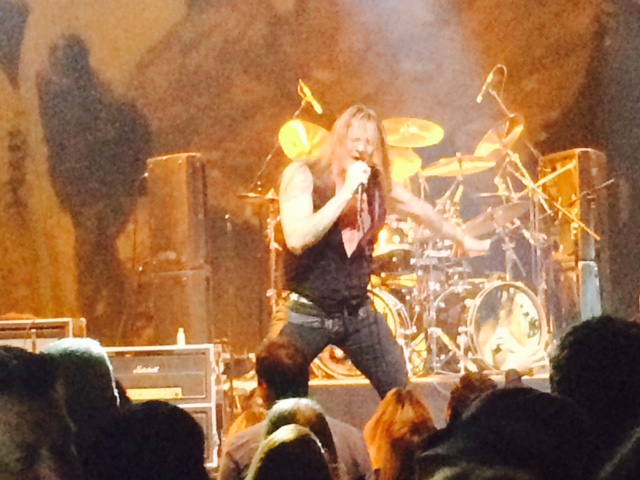 Quite the entertainer, Sebastian Bach is full of personality and really funny when interacting with his audience. Giving us a little trip down memory lame, Bach recapped a brief intro to many of the songs, the origin of it and which album the song generated from, getting the feel that Bach is extremely passionate about the music process and the history behind it all.

Bach played a variety of old and new material. Myself being a die-hard fan of his “Skid Row” days, it was neat to see the fans know word for word the newer material. ‘Temptation’ sounds amazing live. But, I have to admit, when Bach delved into vintage crowd pleaser “Skid Row” tracks, ‘18 and Life’ being first, is when the crowd exploded with even more excitement. So when he performed the classic love ballad hit that made him the center of every girl’s universe (mostly mine), ‘I Remember You’ us girls shrieked loudly and sang along passionately. One fun highlight of the night is during this song, some of us girls were able to run up closer to the stage directly in front of him as he serenaded us the timeless hit. So dreamy that Bach is! Sebastian Bach’s voice is still just as every bit as powerful as it was 30 years ago. He can hold those high notes for an insane amount of time and his voice is flawless. 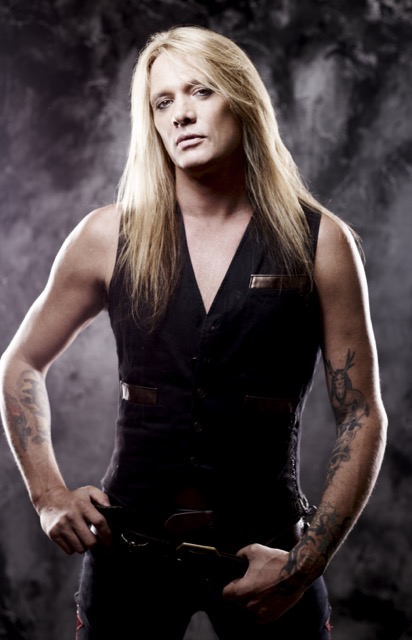 Funny moment towards the end of the show in time for the encore, Sebastian Bach in a comedic manner informed us that it’s the time of the night where they pretend to say goodbye and leave stage but then hear us clap and decide to “spontaneously” come back for the encore as he playfully winked at the crowd. He and his band ran off stage literally for a moment and came right back on and just dove into the encore.

Pointing to his tattoo on his forearm, we all knew just what song was of course saved for the finale of the night, ‘Youth Gone Wild’. Indeed what a memorable ending to the night. 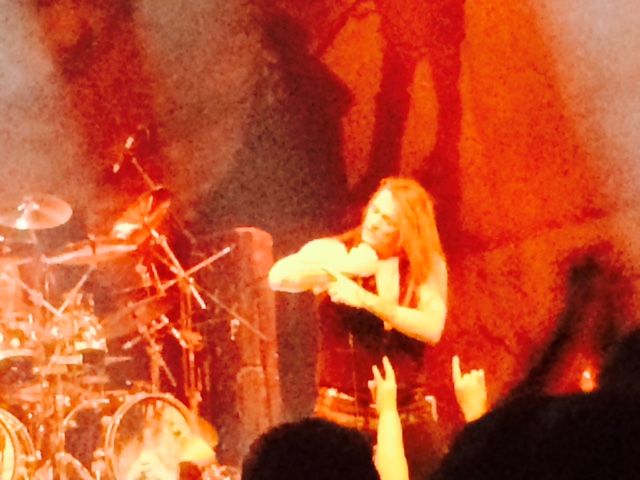 Bach did surprise the crowd with telling everyone to continue the party afterwards at the iconic Rainbow on the Sunset Strip. Bach’s love for heavy metal is evident. Earlier he shared that this show will be particularly special, as LA is now his home. He truly did rock our world. Sebastian Bach, without a doubt…I Will Remember You. 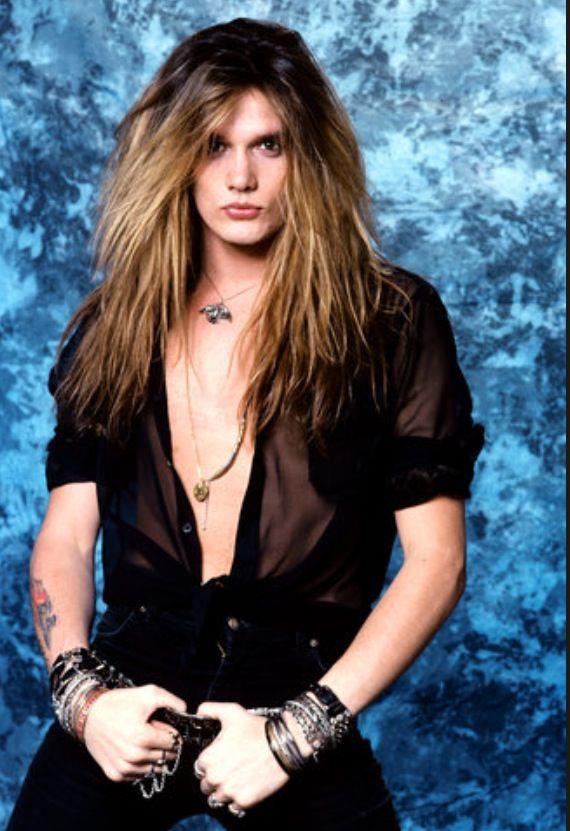 For upcoming shows at the Saban Theater and to purchase tickets, please go to their direct site: http://www.sabantheatre.org/ 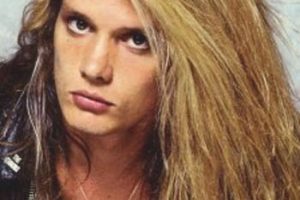