Prince takes over the HOB on Sunset.

Not every artist can take over the entertainment capital of the world- not every artist is Prince.  It’s been over a month now since Prince has set up shop in Los Angeles for a series of spectacular concerts at the Forum and two funk inspired sold out shows at the Troubadour.  But the spontaneous three show event on Wednesday at the House of Blues on Sunset might have been Prince’s best act yet in his takeover of Los Angeles. Announcing three shows at a “secret location” in Los Angeles the day before the event definitely stirred the hype machine on Tuesday afternoon.  Tickets for the first show dubbed “Late Nite Jams” lingered around and were available up to show time.  Most likely the $200 price tag and early start had people a little cautious.  The real late night show, starting at 3 AM was a charity and star-studded event, with tickets going for around $550 for the lucky 100 people who could hand over that type of cash.  Between both of these shows though, sat the very curious Prince “Jazz Cafe” show.  Only 250 people, only $115 a ticket.  This show was the one everyone wanted to be at, this was the show that was unavailable 5 seconds after it went on sale.  This was the show people were trading 2 of their $200 each early show tickets for on Craigslist for just 1 of the Jazz tickets.

So what was Prince “Jazz Cafe”?  Well, imagine the restaurant at the House of Blues on Sunset set up as an intimate and moody Jazz parlor.  Low lighting, small stage in the corner, and 200 people who were about to see Prince in the closest proximity possible (unless of course you had $550 for the show after).  Going into the show, you knew it would be a special event with Prince, and the night delivered just that.  Fans waited anxiously for Prince to come to the small stage, as his band warmed up with some funk-inspired solos.  At around 11:40, Prince made his appearance on stage, a stage no bigger than 10 feet wide, with a front row of fans able to reach out and grab the mic or Prince’s ponytail if they wanted to.  The next hour and a half would be a jazzy rock n’ roll inspired jam session unlike anything Prince fans have seen before, especially this close to the man.  This was Prince on guitar rocking out to the point that he covered Jimi Hendrix!  While he obviously seemed a little uncomfortable at times with just how much access to him he had given the crowd with this cafe performance, he was able to deliver a memorable night.  “Welcome 2 America” and “Dreamer” were delivered with passion as the crowd cheered on every chord and note.  And while some fans were obviously hoping to hear more of the singles, it didn’t matter.  The crowd danced, cheered and hung on to his every word.  The set was about enjoying Prince jamming out and having fun with his band.  It all took place as if Prince and his band were the local house band at a Jazz club that night, and the crowd just happened to stumble upon them.  While most of the night featured jam sessions and lesser known tracks, “Little Red Corvette” closed out the set.   The song was performed with the sultry delivery of Prince that instantly reminds you of the power that he controls over his audience- both women and men.  Getting the crowd to hang on every repetition of the phrase “slow down”, over and over again, Prince had the audience trapped in his presence and mystique.  No one expected the theatrics or the overwhelming starpower that the Forum shows have given fans, but everyone there did expect something special and unique.  Prince delivered on that promise leaving 200 very lucky fans on Wednesday night with a story and concert experience unlike anything else he has provided during this Los Angeles residency. 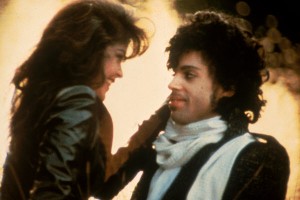 Apollonia Talks to Rabbits Black – An Interview: Purple Rain and Life After

Once upon a time, a beautiful young aspiring actress stumbled[...] 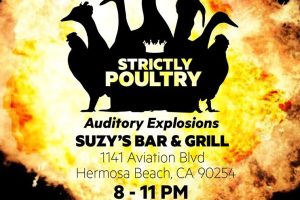 Hermosa Beach, California- The boys (and girl!) are back at[...]