It has been awhile since I have had a chance to see a proper show in a small SF venue (aside from the air guitar finals, damn those guys can really throw down), so I figure it time I got out and found something funky. For any and all of you jazzed out funk heads out there, I will say this, Polyrhythmics, an afro-funk band out of Seattle Washington, is about as cool as Johnny Depp playing George Jung walking through the airport circa 1980, collar popped and shades stunnin with two suitcases full of blow… cool as a mother funker. Couple that style and a 3.5-4 hour set with a sweet little funky jazzy bluesy dance venue nestled in between Japantown and Lower Pac Heights, and you are set up for a very legit evening. The name of the spot says it all really…none other than SF’s Boom Boom Room, where drinks, dancing, and steeze are mandatory.

I step in the place not really knowing what to expect, but as soon as I saw Polyrhythmics take the stage and start their marathon of a set, I felt like grooving. The 8 piece ensemble, complete with bongo, saxophone, trumpet, trombone, keyboard, drums, bass, and guitar seemed like it could be overwhelming with too much going on at once, but then they started to jam. The dance floor was instantly packed with people just enjoying the music and letting it all go. Sick dropped bass lines, smooth sailing guitar melodies, a funky rhythm section that glued it all together, and iced with precise back-up horn up beat answers forced the whole crowd into a jam frenzy. I mean this shit is siiiiiiiick. Just take a listen to one of my favorite tracks of the night, “Stinky Finger” off their 2011 full length release Labrador.

And yes, that hypnotizing solo around 2.35 is a flute! Eat your heart out Ron Burgundy…

I had a chance to quickly chat with the band’s saxophone and flute player, Art Brown, after the show to get an idea about Polyrhythmics near future. Next year, the band is planning to release 45 vinyl singles along with a fresh new full length album. Then, once spring and summer roll around, the band will be hitting the road again to tour on the West Coast, Colorado, and Nevada. I have already set my show alert on JamBase to let me know when they are passing through the Bay Area. The Boom Boom Room show was one of those funky pleasant surprises I will not soon forget. 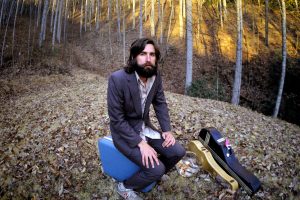 And now for something a little different. Band of Horses[...] 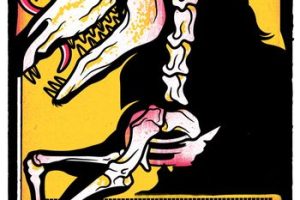 Some of our favorite local artists are getting together for[...] 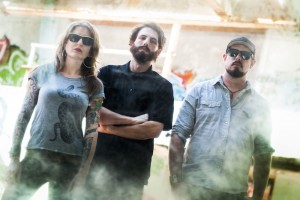 It’s hard to believe that Savannah, Georgia’s Kylesa have been[...]