Pink Martini made their Greek Theatre debut on Sunday, September 9 performing much of their multilingual repertoire. The evening seemed to carry the theme of celebration… and there were many reasons to celebrate. The first of which was the return of lead singer, China Forbes resuming her role as lead vocalist from her leave of absence having undergone surgery on her vocal chords in March of last year. The procedure was clearly a success as China’s voice was as sultry as ever; a pitch-perfect combination of power and control.

After percussionist/back-up vocalist Timothy Nishimoto joined China in a raucous cover of El Negro Zumbon, bandleader Thomas Lauderdale announced that it was the birthday of trumpet player Gavin Bondy. It was a wonderful glimpse into an intimate celebratory moment the Pink Martini family was sharing with their extended family – their fans.

Forbes and Lauderdale then told the story behind the first song they ever wrote, “Sympathique”. They took turns relaying the story, finishing one another’s sentences, as twin brother and sister might. The chorus goes, “Je ne veux pas travailler / Je ne veux pas déjeuner / Je veux seulement oublier / Et puis je fume” which translates to “I don’t want to work / I don’t want to lunch / I just want to forget / and then I smoke”. The timing of the release of this song could not have been better for the French audience (which had, quite coincidentally, recently passed a law shortening their work week), and the song became an overnight sensation and was even nominated for “Song of the Year” at France’s Victoires de la Musique Awards. To this day, the lyrics serve as a mantra for striking French workers. The irony is that the French sued Forbes and Lauderdale for “borrowing” some lines for the chorus of the hit… then, promptly asked for their autographs. 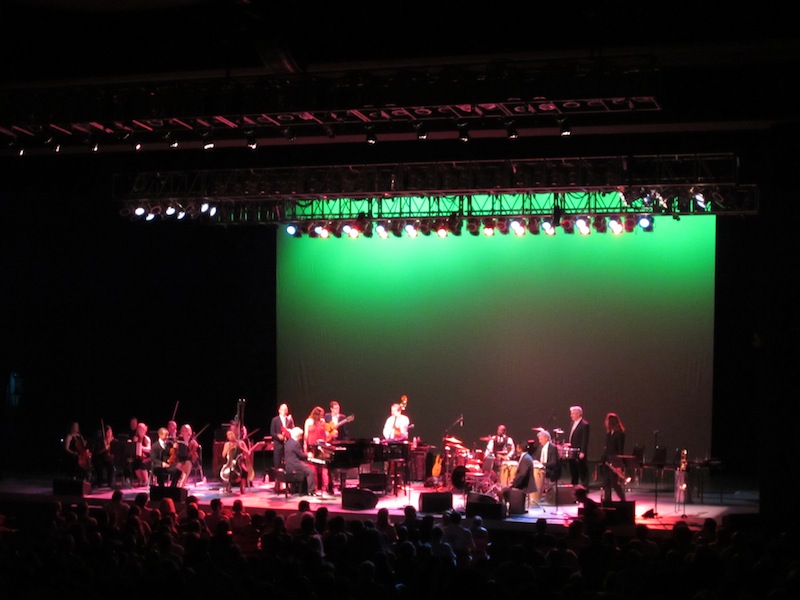 Pink Martini at the Greek in Los Angeles.

The band played on, belting out stirring renditions of “Lilly”, “Song Of The Black Lizard”, “Midnight Bossa Nova” (sung in Japanese by Forbes and Nishimoto) and “Donde Estas Yolanda” (sung in Spanish by Forbes and Nishimoto). At this point in the concert, Lauderdale introduced Norman Leyden to the stage. Lauderdale told the story of how Leyden had once recognized his talent in a piano competition as a young man, and how years later Lauderdale worked with him as the band’s first conductor. Born in 1917, Norman Leyden played his clarinet with the same joy and whimsy he had when he lent his sound to Pink Martini’s hit song “Hang On Little Tomato”. They played the hit and followed it up with a cover of “What’ll I do”.

After a brief intermission, the band retook the stage with a barrage of instrumentals and international standards. Songs shifted seamlessly from English to Italian, Croatian to Portuguese and even a Turkish song that the band invited any and all Turks in the audience up on the stage to join in singing. The second set included “Over The Valley” a song China Forbes explained was inspired by Jimmy Scott style singing (“behind the beat”, as she described it). 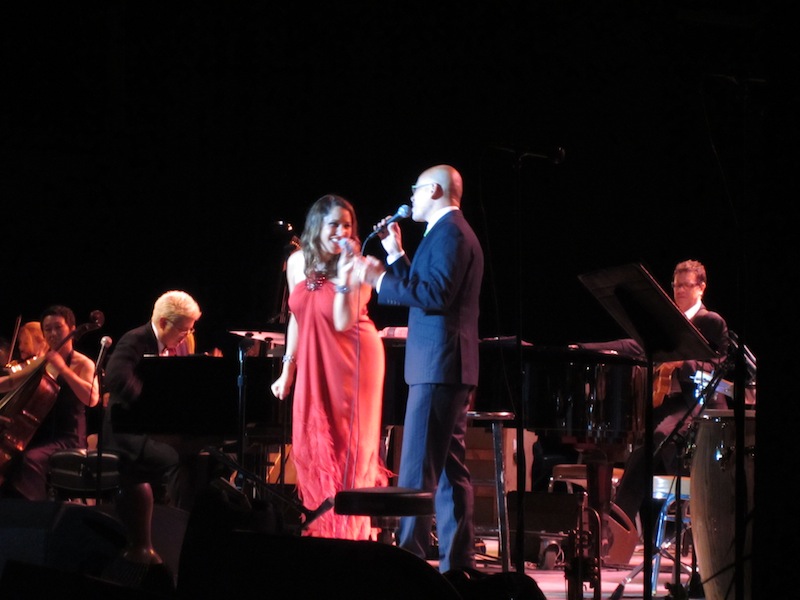 The next surprise guest invited to join the orchestra on stage was Mamie Van Doren who performed a beautiful rendition of The Boy From Ipanema. Forbes then rejoined the band with a smoothed out version of Hey Eugene which gave way to the first encore; a performance of C’mon Get Happy (AKA Happy Days are Here Again). The show seemed to reach a crescendo with Amado Mio. Leyden then retook the stage and joined the band in a pizzicato version of The Entertainer.

The highlight of the evening was the final encore; an exceptionally celebratory, joyous and boisterous rendition of Brazil. Lauderdale invited the audience to join in the celebration saying, “If you’ve ever wanted to join the band on stage at a show, this is your chance!” Much of the crowd made their way to the stage and danced to the closing song of a magical evening. 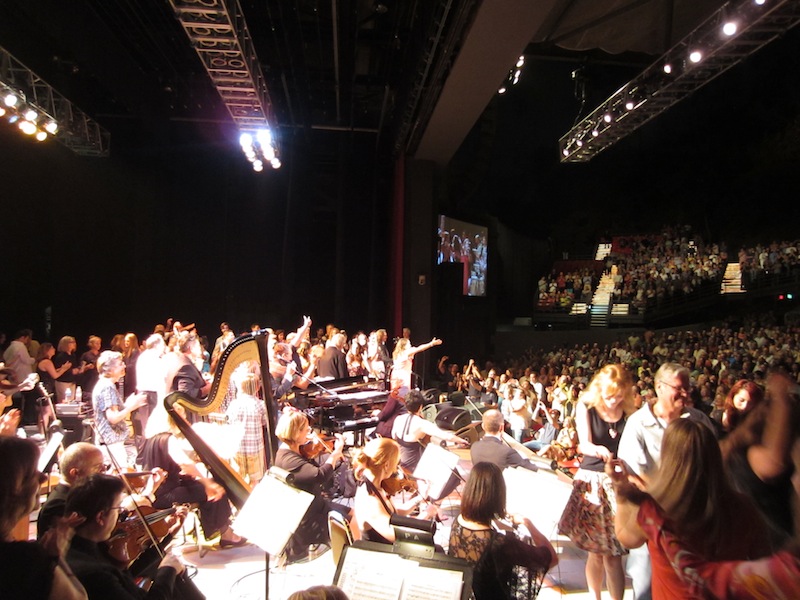 Fans got the chance to dance on the stage of the Greek with Pink Martini.