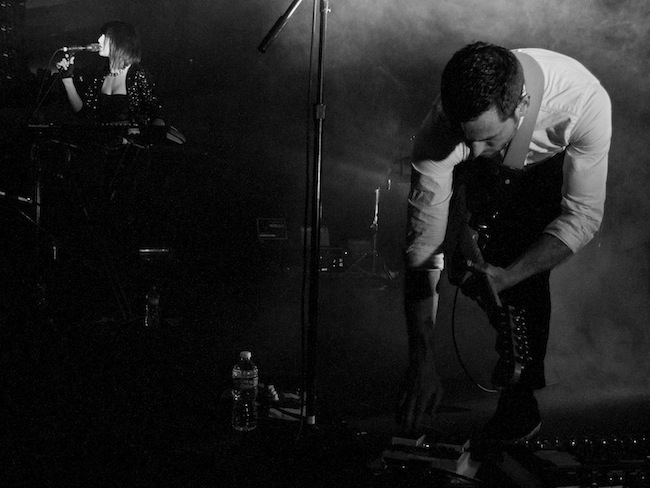 No one’s more taken aback by Phantogram’s explosion of popularity than the band’s promoters.  Last Tuesday, the band finally released their second LP, Voices, after the better part of a year of songs dropping with no release date attached.  They were booked to support the album at the Wiltern – which, at 1,850 seats, was already a large jump from their last LA show in 2011 at the 1,200-capacity Fonda Theater.  But the Wiltern quickly proved too small, forcing the promoters to relocate the show to the cavernous Hollywood Palladium, where the show sold 3,700 tickets – a sell-out.

Their popularity, though sudden, isn’t difficult to understand.  Phantogram’s music is hard to categorize, but it very easily sits at the most approachable end of many disparate genres from EDM to Indie Pop.  With their yearning vocals covering broken-up, staccato samples, you could almost call Phantogram the world’s eminent Second-Wave Emo Dubstep act.  Needless to say, that covers a lot of different kinds of concert-goers, and Phantogram’s poppy, inviting sound ensures than none of them feel out of place with their albums.

Backed up by a couple of touring members, Phantogram is a duo  – though it can be easy to forget that while watching their show.  Josh Carter shows up to play guitar and switch off on lead vocals, and he by no means tries to hide in the shadows.  But the crowd was much more attached to Sarah Barthel, who showed up dressed like a digital boxing goddess who bounced her elbows to every beat.  This might just be the teenage boy in me, but I really want to watch her fight Sleigh Bells’ Alexis Krauss. They played with the assistance of a stuttery, strobey light show that spread the party out over the Hollywood Palladium’s large, flat dance floor that can hinder sight lines for those far back.  That was well needed, but it had a hard time combating a crowd largely composed of douchebros that picked the concert for their Hollywood Saturday night party shenanigans.  Accordingly, their was little love for slower songs like I Don’t Blame You and Bill Murray (though the crowd definitely applauded the title of the later when announced by Barthel).

It was a rousing success of a show for Phantogram, ending a huge week for them with what must have been the largest crowd they’ve ever headlined for.  But because of that crowd, I can’t help but wish I’d been at their Fonda show three years ago instead.