Dubstep has its roots in South London, but its taking on the world Electronic Music scene from all corners of the world.  Still though, it’s the Londoners that take pride in its formation, and sometimes its the Londoners who do it best.  While NERO is not considered one of the pioneers of the genre, they have been making Dubstep music since 2004.  Their first official release was 2010’s Welcome Reality and they’ve been touring the world ever since then.  Last Thursday night at Ruby Skye in San Francisco, NERO was having a Dubstep party and we sent our resident Electronic Music correspondent to check it out.

I did not know what to expect from this young genre of electronic music.  I myself am more of a trance guy- with roots in Tiesto and ATB.  So this was going to be something new as the Dubstep scene is one I haven’t fully entered yet.  The show with NERO kicked off at 10 pm with local John Beever taking first shots on the turntables.  He brought a lot of energy to the decks and kept the crowd moving while spinning a Dubstep version of Top 40 hits.  He was followed by a less than favorable set from fellow TORQ Thursday resident KTheory.  But the crowd was really there to hear UK duo NERO.  NERO is composed of Dan Stephens and Joe Ray and have a distinct drum and base and Dubstep sound to them.Enjoying the show while only being a couple feet away from one half of NERO working his magic on the turntables made the first Dubstep show for this reviewer a complete success.

Although I enjoyed not being crowded on the stage I had to take some time to enjoy the show from the crowds perspective.  From the floor, NERO’s light set was top notch with lasers and visuals reflecting off of Ruby Skye’s iconic chandelier and lighting system.  The effect got the crowd in the dancing frame of mind through lights, sound and tempo.  The dark sound of NERO is captured by their heavy bass drops in their Dubstep and distinct drum and base rhythm.The highlight of the night was when he dropped Bassnectar’s version of Ellie Goulding’s “Starry Eyed”.  The crowd reaction was intense as NERO put the song on the crowd, creating the rhythm and beat that only Dubstep can create.

Overall it was a great night and I would definitely recommend that everyone who is thinking about checking out what Dubstep has to offer, NERO would be a great start.  The night was filled with a high energy crowd that came out to have a good time.  NERO is a new artist to add my growing list of touring electronic stars.

Check out NERO in the video for their single “Promises”, an original track that they dropped last night that had the crowd moving.  You can check out more NERO videos and information at This Is Nero, their US hub. 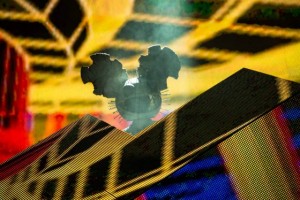 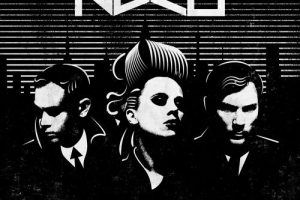 The current state of affairs in the EDM industry is[...]