I’m all about the full experience, so I made a pit stop at Chambers for some great grub, conveniently located around the corner from the Regency. While checking out some records on the walls I devoured a burger and had a friend fill me on what to expect from MTB, as he had been to their show at Club Nokia the week before. Spoiler alert: It didn’t hold a candle to their show tonight.

Over the past year, I’ve had the chance to check out shows across the city at a ton of venues, and the Regency has quickly shot to the top in terms of the acts they get and the sound they provided for Minus the Bear this past Tuesday night in November.  I’ve come back to the Regency’s website time and time again this fall because of the lineups its including. I don’t know if Minus the Bear had gotten word of our Ticket Alert, but they unexpectedly brought major intensity . I can’t emphasize enough the crystal clear sound the Regency provided, the great crowd that night, and the band’s heavy sound compared to their records. Not to mention how much better their new songs sounded live  (the recording studio clearly missed the target).

The GOOD news: Minus the Bear is alive and will thrive due to such an outstanding live show. When you put in effort like this–exposing a records original intent, choosing a setlist that compliments dedicated fans while satisfying superficial one’s, and enhancing song depth–you guarantee success. This band put together a great concert,  from the opening song (Blood and Steel) to the closing song (Cold Case) there was no lag. Add in some confetti baloons for the crowd to play with and a momentous encore (Dr. L’ling, Lonely Gun, Pachuca Sunrise) and people are going to talk about you around the city.

Song of the night: Each song was played heavier and harder than the last, showcasing MTB’s passion. I have to stick to my old-school guns and go with Absinthe Party at the Fly Honey Warehouse.

I have to refrain from giving Cursive a review as they were clearly not at the top of their game, leaning on a garage band edge and leaving a lot to be desired from their hardcore fans in terms of song selection, energy, and their overall presence; but in turn setting the stage for an epic Minus the Bear show! Song of the night: A slowed, strong, heavy version of the Recluse. Let’s hope they move more toward a frontman-oriented version of the Clash and not a noisier version of the Clash.

Recommend this show to friends who like: Rogue Wave, Thursday, Interpol, Pinback, Built to Spill, Sea Wolf, Circa Survive, As Tall as Lions, Portugal the Man, and the Dearhunter 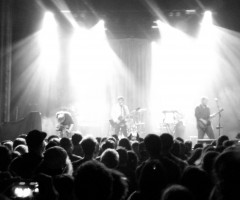 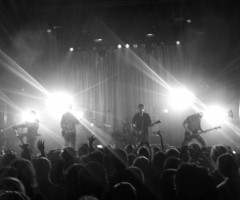 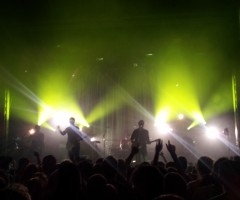 Tags: Minus the Bear 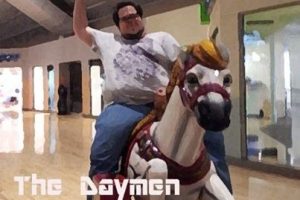 Before settling in to this season of the Bachelor, Rabbits[...]