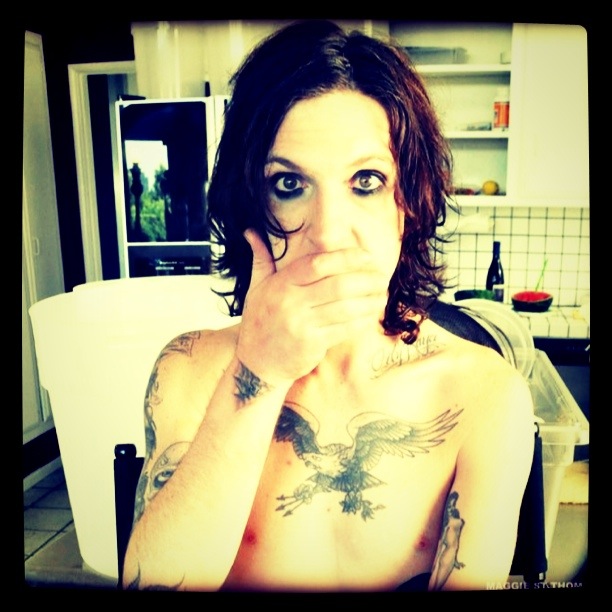 They Call Him Mr. Right

Mickey Avalon, AKA The Avs, AKA Mr. Right, AKA Sticky Mickey, recently came back to Trees, the delightfully slummy joint in Dallas’ lovely and divey, spunky and punky, Deep Ellum neighborhood, and Rabbits Black, of course, was there to take in this Sunset Strip “legend”. It has been a number of years since Mickey Avalon first started touring and making a name for himself with his signature, overly sleazy style and stage presence, but his energy has not diminished.

Now, I’ll get to the show in a minute, but first, a confession: You see, this reviewer may have attended the last show Mickey put on at this exact same venue about seven months ago and said he’d write a killer review, but a combination of going too hard beforehand, getting carried away with the Stickey Mickey “perspective” on life, and, well, general apathy, prevented it from being written on time. Or ever. Now, as it so happens, there exists the unique opportunity to compare the same artist’s performance at the same venue, so really it was the right thing to do. Right? Trees is a smaller venue dedicated primarily to hip-hop or metal, and is well laid out for the former. The acoustics are good, there is a decent-sized floor in front of the stage, and a small balcony with couches or bar tables, and a bar on both levels. It remains unknown if it was the Deep Ellum scene, or Mr. Avalon’s particular fan base (too formal? ya, too formal), but the crowd was refreshingly douchebag-free. Everybody was just ready to get sleezy. 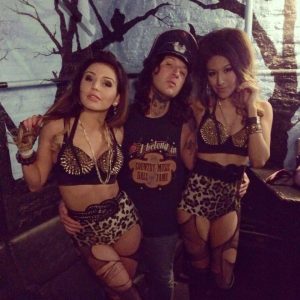 Starting off with his popular singles “Waiting to Die” and “Mr. Right”, Mickey jumped headlong into his set. Now, The Avs does not have a huge body of work to draw from. With only nine tracks on both his self-titled debut album, and the follow-up ‘Loaded’, plus a few collaborative tracks and singles, he trims the fat from this list and puts on a set that feels like it flies by. That being said, he generally makes sure to hit all of the fan favorites, though some might be disappointed that they didn’t get a chance to see performances of “deep” cuts like “Mere Shadow” or “Mr. Brownstone”. On this occasion he definitely played to the crowd, spitting out his hits, like the aforementioned starters, as well as “Jane Fonda”, “What Do You Say”, “Fuckin Em’ All”, and “So Rich So Pretty”. The relative shortness of the set is the only thing to complain about though. For one who sings so much about being wasted, Mr. Right is a consummate professional while performing, and pours/sprays more booze on the crowd than into himself during the show. The performance is further bolstered by dancers, which he will always have flanking him or titalating the crowd (don’t ask me how old they are). At the end of the evening, Mickey Avalon let back stage fans join him for his encore, in which he performed all parts of “My Dick”, his famous and delightfully sophomoric track that he recorded with the rest of the Dyslexic Speed Readers.

In all, this set was eerily similar to his previous show at Trees. Excessive amounts of gin may be fogging my recollections, but the only big differences I can recall, aside from the fact that he was several hours late to the show seven months ago (lame, but not unexpected), were that he skipped “Sticky Mickey” this time around, and he cut his encore down to an extended version of “My Dick.” It appears that Mickey is fine-tuning his live show into something a little more predictable, and something a little more dependable, and that’s not necessarily a bad thing, considering the disjointed show I saw several years ago when he was accompanied by his fellow cohorts Dirt Nasty and Beardo. So, all told, his Sleaziness is worth seeing live if you have the opportunity, and fans and newcomers alike won’t be disappointed, as this is a man who loves his fans, he just doesn’t want to be your boyfriend.

Mickey Avalon’s next show is scheduled for Stingaree in San Diego on 07/18/2014. Click here for ticket info. 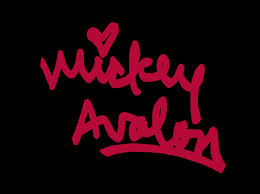