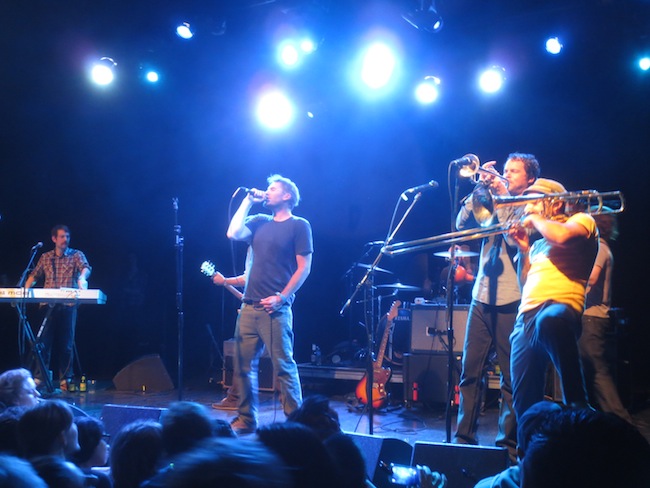 Last night at the El Rey Theatre in Los Angeles the Mad Caddies were supposed to be having an album release party for their upcoming sixth studio album.  Lead singer and founding member of the band Chuck Robertson explained to the crowd though that sometimes things happen, and for reasons beyond their control the album would not be coming out until the end of April.  Even though the fans last night didn’t get that special “Album Release Show”, they got a Mad Caddies performance that felt inspired and special in its own right with the debut of two new songs and a fan-pleasing set of hits.

The Mad Caddies came into the El Rey Theatre to launch a North American tour with 32 stops across the United States and Canada.  The tour will take them all the way through May and the release of their new album Dirty Rice in late April.  It was Chuck Robertson who broke the news of the new album’s name last night to the crowd of Los Angeles fans.  The fans didn’t seem to care that tonight wasn’t the album release as they were obviously content with singing along to every song regardless.  While the band ripped through classic tracks such as “Drinking For 11”, “Backyard” and “State Of Mind” from their previous five albums, every person in attendance seemed to know each and every word.  You could catch Chuck and trumpet player Keith Douglas smiling from time to time between verses as they caught the fans singing the next line in the songs slightly before they got back to the mic.  Moments like those were abundant during this show and on stage from the band- proving that the Mad Caddies still put on one of the most fun concert experiences around.  While the band hasn’t recorded an album since 2007’s Keep It Going, they’ve continued to tour across the globe regularly.  That’s part of the reason why it never felt like the Mad Caddies really left or went anywhere.  A tour date would pop up here and there (though for the last few years consistently overseas) and you felt like the Mad Caddies were still doing their thing.  But tonight’s performance had this reinvigorating feeling that was created by the bands energy and excitement on stage.  We caught up with one of the band’s earliest members, trumpet player and back-up vocalist Keith Douglas, before the show and he explained that the creation of new music and the new album had definitely given the Mad Caddies something to be excited about- and even a little trepidation.  Apparently not a lot of live practice had gone into these new songs before last night, but that didn’t seem to matter too much to the members of the band.  They knew this was going to be one of those fun shows and tours that they have made so common throughout the years.  All of that excitement and energy was on display from the moment the band started last night to the moment they finished by taking requests.  And if the constant circle pit during the show was any indication from the fans, they felt that excitement too. 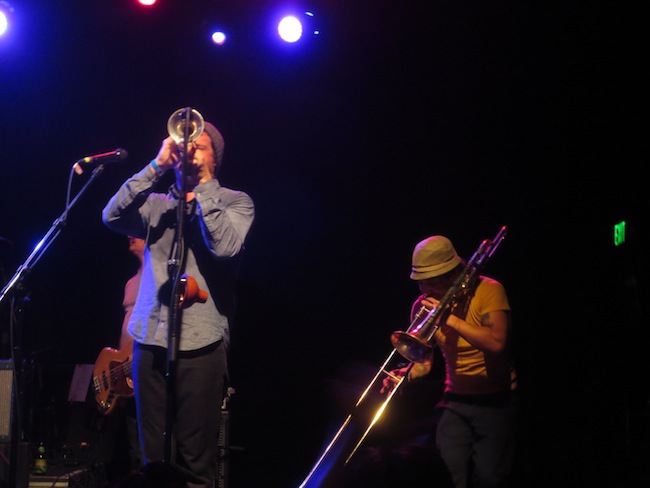 Check back next week for our interview with Keith Douglas.

The Mad Caddies are getting close to 20 years in the business as a band- something they will celebrate officially in 2015.  The crowd at the El Rey embodied their longevity with a good mix of older fans in their 30s and 40s and also an energetic contingency of younger fans with Mohawks and the itch to crowd surf as close to the front of the stage as they could.  It all came together for a truly organic appreciation of the music- fans were here to see the Mad Caddies perform whatever music they wanted to.  The two new tracks, “Brand New Scar” and “Shot In The Dark” had a more mature and introspective sound and lyrical nature.  There’s some meaning to these tracks to be discovered in Dirty Rice, and we’re looking forward to some time with the full album soon.

Things started to go a little off script at the end of the show.  With no regard for the set list, Chuck decided to let the fans in attendance dictate the final few songs and encore for the night.  A special treat to the LA fans who gave it their all last night and a nice way to kick off the tour.  The band obliged with a sweaty flurry of 1998 cuts “The Gentleman” and “Macho Nachos”, ending with fan favorite “All American Badass” from the 2001 album Rock The Plank.  It was one of those moments that shows you just how much the Mad Caddies like to have fun and truly enjoy their fans.  It was clear that the love from the fans is as strong as ever, and that seven year break in new music only got people that much more excited for what’s next from the Mad Caddies. 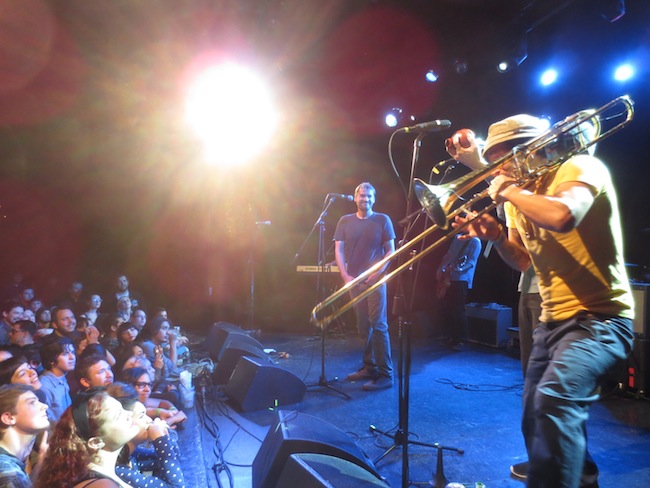 You can catch the band in California for the next three days at the links below.  Check back here with us next week for our exclusive interview with Keith Douglas.  Trust us, it’s awesome! 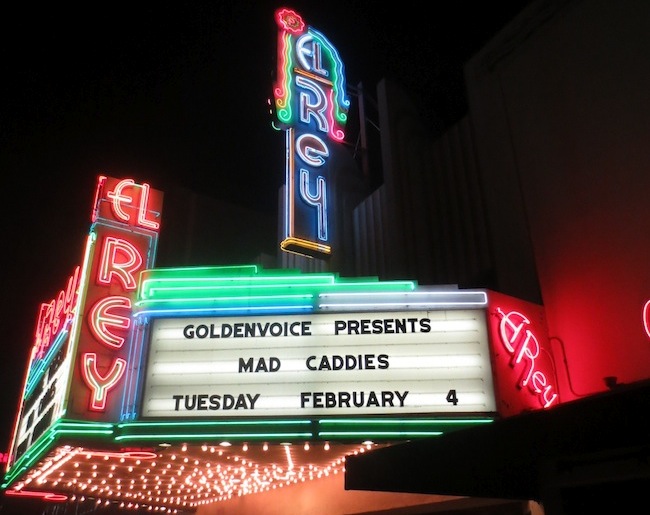