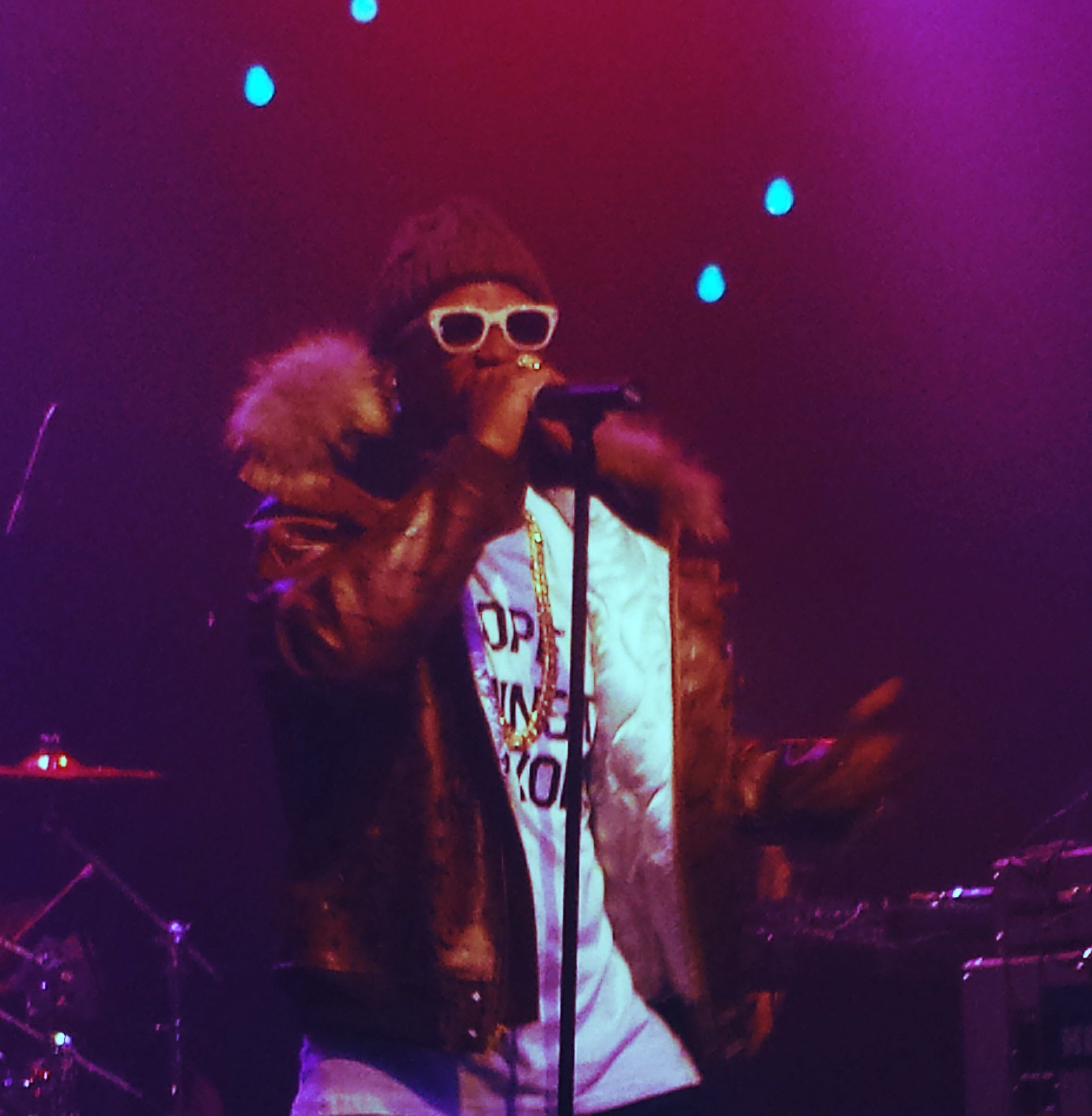 Forget 25 days of Christmas. On the 25th of November, The Fonda Theatre in Hollywood, California hosted a pre-Thanksgiving smorgasbord of rap gawds, freebies and a heaping spoonful of turnt-up behavior. Each year, Red Bull puts on its Sound Select series, and for the whole month of November, plays host to different events in different venues all around Los Angeles.  That’s sixty artists in thirty days. Talk about a great opportunity to discover new acts in new settings around this great city of ours!

Night 25 of 30 consisted of Chicago-bred rapper, Tree, Atlanta hip-hop collective, Two-9, and Tennessee native, headliner Juicy J. Early attendees got to capitalize on free parking, free pizza, free drinks, and free giveaways. Amenities like these and open access to the Fonda’s rooftop lounge created an all-encompassing atmosphere which provided ample space for patrons to indulge (and perhaps over-indulge) all of their senses.

Tree (which stands for “The Rapper Everyone Envies”) warmed up the stage and the crowd as they began to trickle into the main room. With a voice reminiscent of a raspier Kid Cudi and a lyrical flow embodying the essence of underground hip-hop, the Chicago native made an impressive Los Angeles debut. The self-proclaimed principal of “soul trap”, his music blends heavy 808s with poignant storylines and a delivery that hearkens back to soul music of the past. It was a nice switch up from the Southern flare that would constitute the remainder of the night.

ATL’s very own super group, Two-9, took the stage next. It seems as though rap groups have been on the rise over the past years, ranging from major label squads to underground groups, each trying to showcase their individual talents, but coming together in a whole that is greater than its individual parts.  Two-9 has been gaining their own respectable amount of buzz lately, matching their show predecessor with deep-rooted trap influences, but with a discernible sprinkling of hardcore punk, which together makes a sound all their own. Rambunctious and lively, these guys served up the right amount of crunk appeal, suitable as a starter for the main course.

Jordan Houston, aka the “purp prioprietor,” but better known as Juicy J, made his way on the stage clad in a fur-lined leather parka, white wayfarers, and the anticipated gold chain.  He began the set by effortlessly moving through his newer, solo catalog of hits that instantly got the crowd fired up. During his strip-club banger, “Bandz a Make Her Dance,” Lil’ Wayne was brought on stage and not only surprised everyone with his verse on the remix to this song but stayed to rap a few bars from his own songs, including “Believe Me” as well as Chris Brown’s “Loyal” (on which he is featured).  As not to downplay his Three 6 Mafia beginnings, Juicy J dove headfirst into the classics in one fell swoop, knocking out favorites such as “Poppin’ My Collar,” “Stay High,” and “Slob on My Knob,” much to everyone’s nostalgic delight. After he removed his designer shoes and took photos with the fans who were fortunate enough to catch them, the show came to a close with a sock-ridden Juicy J finishing his set in style: with dollar bills emblazoned with his face rained from the rafters, we were reminded to stay trippy, and at long last acquiescently parted with original mane himself.