(Guest Review by Revlon) I get it.  I know that you don’t “do” rock and roll shows anymore.  Nowadays, with Avicii going mainstream and every rock song getting a “Passion Pit Remix,” there’s just no place for pure rock and roll.  Like I said, I get it — if LMFAO isn’t attached, it’s not worth listening to.  “Deadmau5” is pronounced “Deadmouse” — that’s really “chill.”  It’s this mindset that Jane’s Addiction set out to dismember on Monday night at Terminal 5 in New York City.

Playing a “secret show” (that means exclusive) sponsored by an LG pager or something, the LA-based group reminded the crowd how good it feels to be at a rock concert.  Perry Farrell managed to make everyone forget about his abhorrent reality show and commanded the stage with his unique blend of charisma and anxiety.  Dave Navarro and Stephen Perkins were mesmerizing.  Even the other guy wasn’t bad.

After playing all of the other usual suspects (e.g., “Ocean Size,” “Been Caught Stealing”), the band performed “Jane Says” for the encore.  As Farrell sang, balloon animals and confetti descended from the rafters and the fans were brought to tears.  I tried to take home a balloon dinosaur, but the lady nearby  apparently needed three for herself. Thankfully, the reminder that great rock music still exists was a worthy souvenir.

Now, has anyone seen my Guetta album? 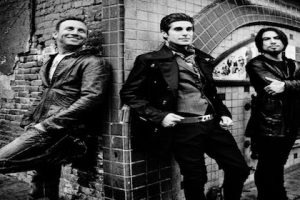 Jane’s Addiction premiered their new single this morning on KROQ. [...] 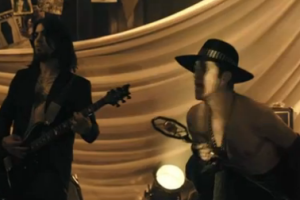 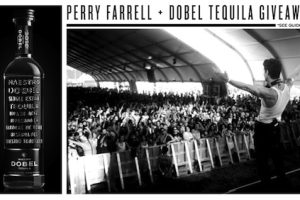 We told you Dobel and Perry Farrell were giving fans[...]