Iggy and the Stooges may look like a band of old timers on stage, but they absolutely rock like they’re in their twenties. Iggy put on a loud, crazy, and in your face rock and roll show last night at the Palladium in Hollywood with Le Butcherettes. As Iggy told the crowd: “Some people are all about success. And some people like to bleed!” The set opened up with high adrenaline versions of “Raw Power” and “Search and Destroy” which immediately started a crowd frenzy. And what does Iggy do with a crowd of singing, pushing, and dancing fans? He invites ALL of them on stage!

That’s what makes Iggy the best, he’s all about the fans. After only 2 songs he looked at the crowd and told everyone, “Hey, let’s occupy the stage! everyone get up here!” And then a torrent of crowd surfing, gate hopping, security thwarting fans, from kids to their grandparents, swarmed onstage for the entire duration of “Shake Appeal”! Then somehow, in a quick and orderly fashion, the onstage crowd rejoined their offstage brethren … each getting a chance to hug or high-five Iggy on the way out. This wasn’t an encore finale, this was only the 5th damn song for the set! 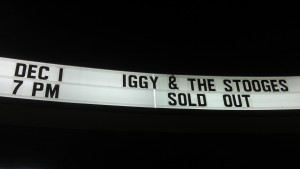 The set list also included fan favorites “I Wanna Be Your Dog” and “I Gotta     Right”. After the second song of the encore, a crowd chanting version of “No   Fun”, Iggy said good-bye to the crowd and went to walk off stage … then ran back to the mic and yelled “I lied, I want to sing a song about my dick!” The show concluded with “Cock in my Pocket” with Iggy’s pants unbottoned and falling down, his face bleeding, and a crowd still chanting for more!

This  show was originally planned for September 7 but was postponed due to injury and well … after this show … I’m not suprised. At the end of the frenetic and high energy set, these 60+ year old rockers were battered and bleeding. Mike Watt, the bassist, limped off the stage before the final encore only to return and power through the final three songs. Iggy himself spent half the set with a bloody nose! Iggy didn’t even seem to notice the blood, or he just didn’t care, and a stage hand had to come over and wipe the blood off his face. Nothing was going to stop or slow him down. 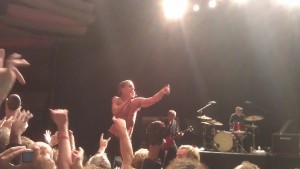 Some great ’60s and ’70s bands only play arena “Greatest Hits” tours now, and for good reasons, but Iggy held nothing back and it’s hard to imagine that at 64 years old he’s slown down much at all.

4. Your Pretty Face is Going to Hell 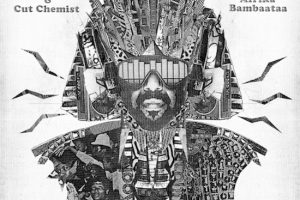 The legendary DJ Shadow and Cut Chemist are touring the[...] 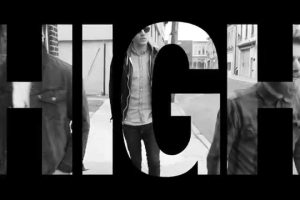 Interscope artists, Young Rising Sons are embarking on a SOLD OUT tour with The 1975[...] 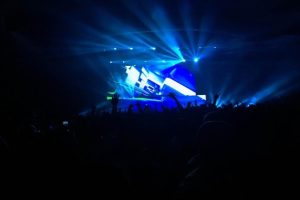 “Music tracks got heavier as the night progressed and the[...]