Frank Turner was back in Los Angeles last night, sporting a full band this time around and with a few new songs in his repertoire.  Last night’s show at the House of Blues in Anaheim was the largest venue he has ever headlined in California, and he made sure to bring a show big enough to fill the venue of 1,000 fans.  With his new band The Sleeping Souls in hand, and a raucous opening act in Larry and His Flask, last night’s show was an affirmation that Frank Turner is no longer an opening act in California.

The House of Blues in Anaheim should properly be called “The house that Mike built”.  The Orange County venue has played host to more Social Distortion shows featuring Mike Ness than any other venue in the state.  It’s not uncommon for Social D to make a run of 5 or 10 shows in a row at the venue every year.  While Mike Ness may have put the venue on the map, it was Frank Turner’s moment last night to take the spotlight. 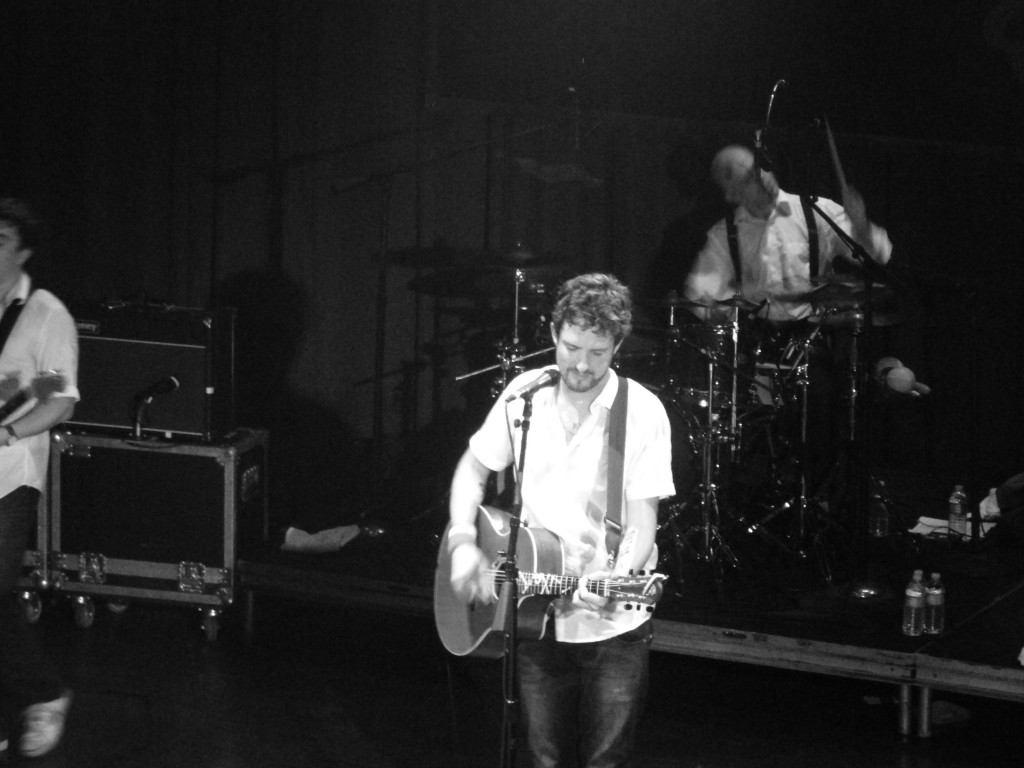 Frank Turner takes the stage for his largest headlining gig every in California.

The crowd was a mix of rockabilly types, punk rockers and late night drinkers.  There was about one Social D shirt for every 50 people, a testament to just how much Mike’s fan base has taken a liking to Turner.  Opening festivities were provided by Larry and His Flask.  The six piece punk-rock bluegrass band put on an energetic set that kept the crowd drinking and cheering.  I’m not convinced that the stand-up bass player actually hit any notes as he jumped around stage barely avoiding collisions with his fellow band members, but it was too entertaining to care.  As far as openers go, they were the perfect concoction for the evening.

By the time Frank took the stage, the floor area of the House of Blues was packed-in to the railings.  The tall and humble songwriter can captivate a room with his songs about life on tour and the good things in life.  He got the crowd into it right away with his second song “The Road”.  With the whole venue singing along, it was one of those moments that turns a Frank Turner show into experience in fan camaraderie.  The Sleeping Souls were a nice addition which helped fill up the stage and space at the House of Blues.  While they provided enough sound to bring the songs to a larger crowd, they also detracted from that truly intimate feeling Frank creates with his audience.  There was more sound, but a tad less emotion and time for Frank to engage the fans.  While we prefer to see Frank in the smallest of venues and with minimal backing, there’s still no escaping his charm at every show. 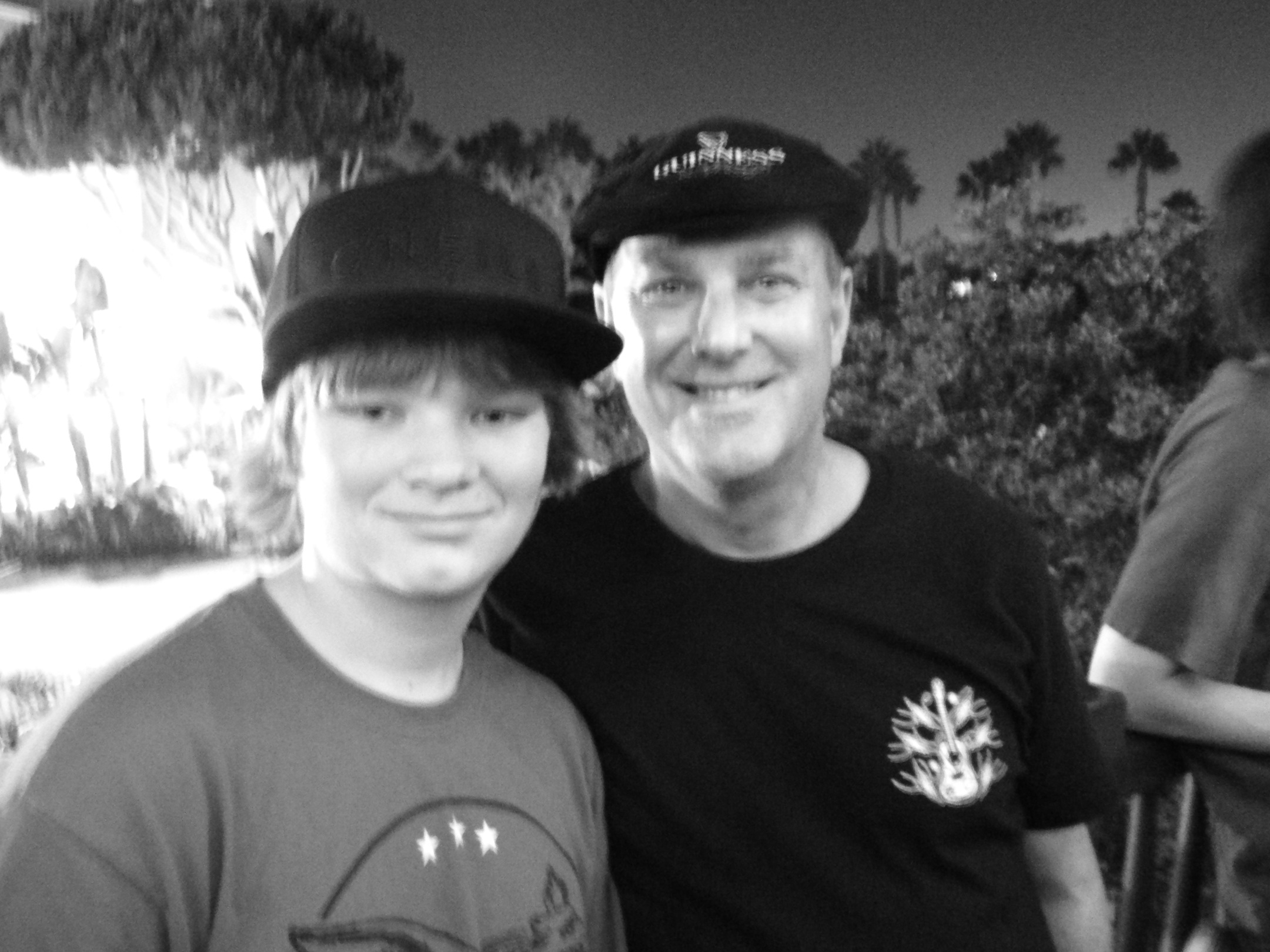 Fan of the Night: Father & son duo are both Frank Turner fans

A few new songs crept into the set list last night.  “Time Machine” and “Wherefore Art Thou, Gene Simmons?” were heard live for the first time by many fans in attendance.  The latter was inspired by Frank’s reading of Gene Simmons autobiography where the KISS legend claims he has slept with over 4,000 women.  Of course, this is perfect material for the English song writer to turn into sing-along gold.  A Turner show is not complete without a cover song or two, and last night the crowd was treated to Tom Petty’s “American Girl”.

Frank Turner has finally made his way out of the clubs and into the venues here in California.  While his shows and sound are getting bigger here, it’s something he’s used to in the UK and around Europe where he’s commonly at the top of billings for festivals.  It’s nice to see Frank’s presence and fan base growing here in the states.  Despite this growing popularity, you can still catch Frank at his merch booth after every show- just like it has always been. 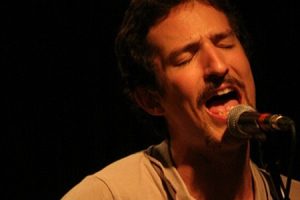 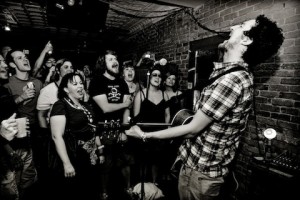 Frank Turner is becoming a rockstar in the United Kingdom- [...] 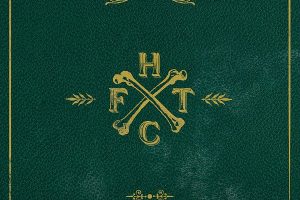