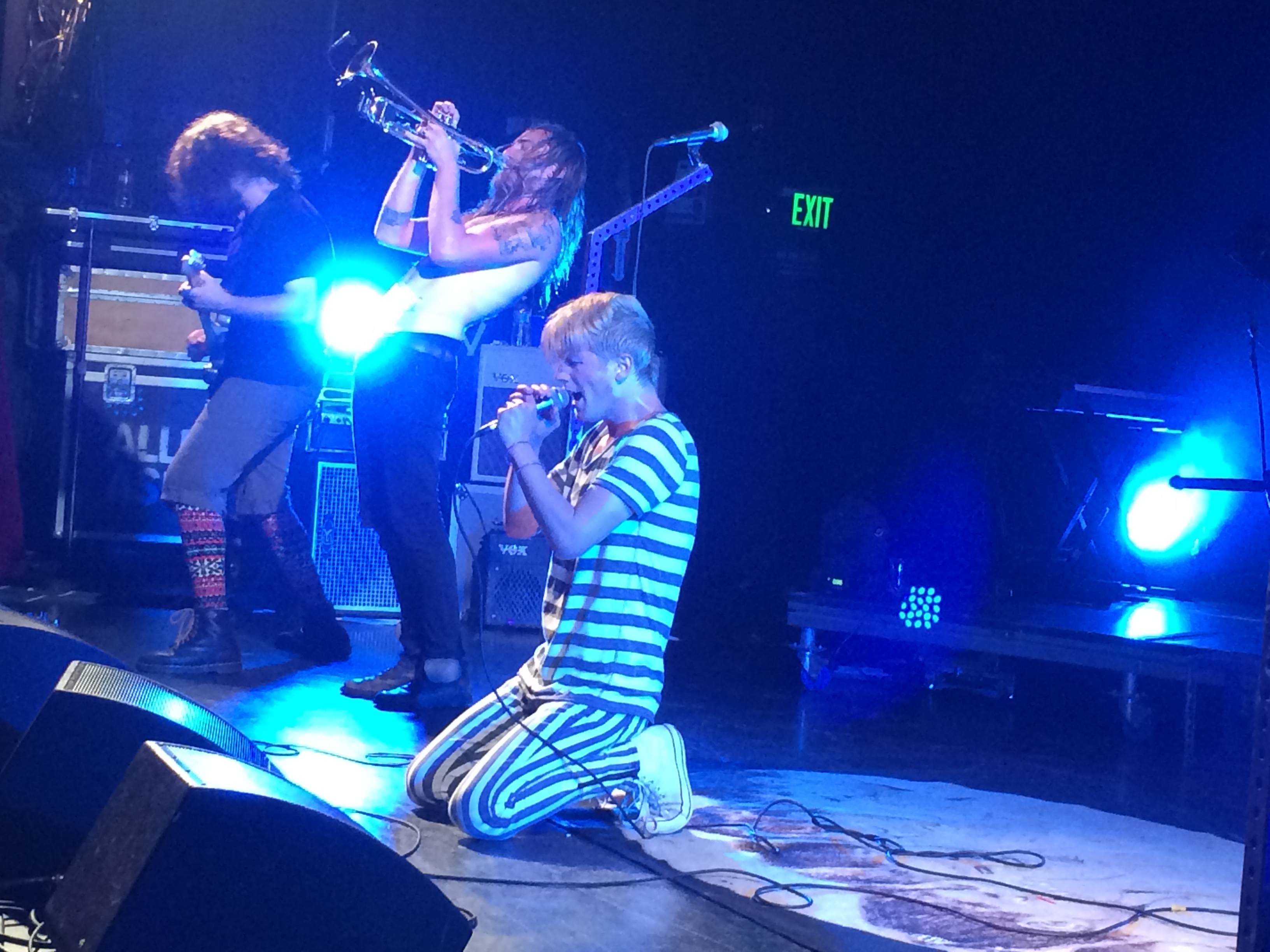 It’s sometimes easy to forget the power of a great rock and roll show. Los Angeles is a mecca of live music and concert venues from Venice to Silverlake and all across Hollywood are filled every night with musical artists, each entertaining in their own way. And then you walk into a show one night (and we knew better, so we were expecting it) and a band sends 100,000 volts of rock and roll straight through your body! Rabbits Black contest winners won free tickets to the show, signed posters, and a meet and greet with the band! Keep an eye out for the many awesome RB giveaways and contests and enter on Facebook, Twitter, or directly to us.

A blonder and shorter bearded Foxy Shazam brought the Church of Rock & Roll to the El Rey Theatre Thursday night with another show stopping performance. Lead singer Eric Nally transformed himself for the latest tour with short blonde hair instead of his trademark dark locks and mustache, but as usual the diminutive frontman absolutely dominated the stage: dancing, somersaults, sliding across the floor, head banging, and doing flips all the while belting out one high alto track after another. Alongside Nally trumpet player Alex Nauth and keyboardist Sky White are non-stop entertainment, throwing their instruments, tilting them on their side, upside-down, and simply daring you to have more than them.

Foxy’s Thursday set was theatric in more ways than one. It was divided into two separate acts, with a full intermission and costume change in between. The first set consisted entirely of songs from their new album Gonzo, most of which are very catchy but noticeably less operatic than Foxy’s past albums. However, hearing songs like “Have the Fun”, “Shoe Box”, and the title track “Gonzo” live gave them a whole new energy.

After intermission, Foxy’s “costume change” consisted mainly of the band members taking their shirts off. Easiest costume change. And Nally came out in all stripes like he just took part in a 1930’s prison break. They tore into a set of hits, mostly from 2012’s The Church of Rock and Roll including “The Streets”, “Holy Touch”, and the crowd favorite “I Like It.”

Of course good theater needs a finale. Nally asked someone in the crowd for cigarettes, put 4-5 in his mouth and lit them, then asked the house to turn off the lights. He then spit fiery ash into air, ate the cigarettes, and launched into their mega anthem “Unstoppable”. After the show you could hear fans still singing the words loudly as they spilled onto Wilshire Boulevard.

Rabbits Black recommendation of the Month: If you are in San Francisco tonight check out Foxy Shazam @ Slim’s

Great show! I concur!
BTW – The last song they played is called “Unstoppable”, not “Invincible”. 🙂