If you read these pages often, you know who Electric Flower is.  The LA based band broke into the scene last year with the release of their first EP and a handful of eardrum bursting live shows.  The creative force of Imaad Wasif and Josh Garza have been sonically wrecking soundboards and small clubs across Los Angeles.  Last night, they took on a bigger stage opening for Paul Banks of Interpol at the Fonda.  They played only four songs, but it felt like a complete musical exploration unlike anything else that night.  Electric Flower Group (EFG) was captivating and fierce, and by adding a new bassist to their lineup, their sound is more dynamic than ever.  We have the setlist from last night’s show and the latest on EFG.

“Singing Bridges” is one of the newest songs from the band.  Last night was only the second time it has been played live.  As a live performer, Imaad attacks the microphone while keeping a controlled sense of chaos in the melody.  His lyrics are too passionately delivered to be considered words- these are proclamations from deep within.  Josh Garza keeps it collected and concise on drums to begin, but by the end of “Singing Bridges” and “Visions”, it was a miracle that his instruments were left standing.  It’s a visceral expression of significant meaning every time Garza’s sticks hit canvas.  Ryan Kamiyamazaki is the newcomer to the group on bass.  A third piece added to an already well tuned machine.  Kamiyamazaki fits well and produces a new layer of sound that is welcome to the live performance.

It was one of those performances that makes you feel bad for the band playing next.  The Neighborhood had no chance (not that they ever did) after EFG.  Luckily Paul Banks is a dynamic enough front man to carry his own.  His performance was powerful and engaging- a shoegaze set that was brought to tremendous heights by the haunting voice of Banks.  Still though, after all the music had been played, it was Imaad’s echoing vocals of the Stone’s “Paint It Black” that stayed with the mind for hours after the show.

* Pictures wouldn’t do the experience justice. Go see EFG live and find out what its all about. 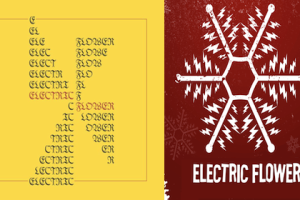 With only two shows under their belt, this Saturday you[...] 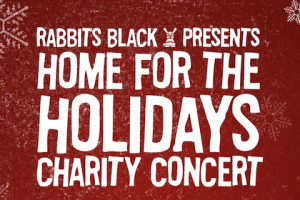 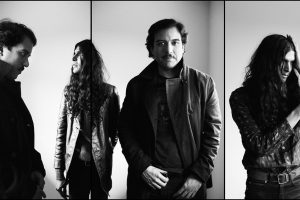 If you were at Home For The Holidays then you[...]