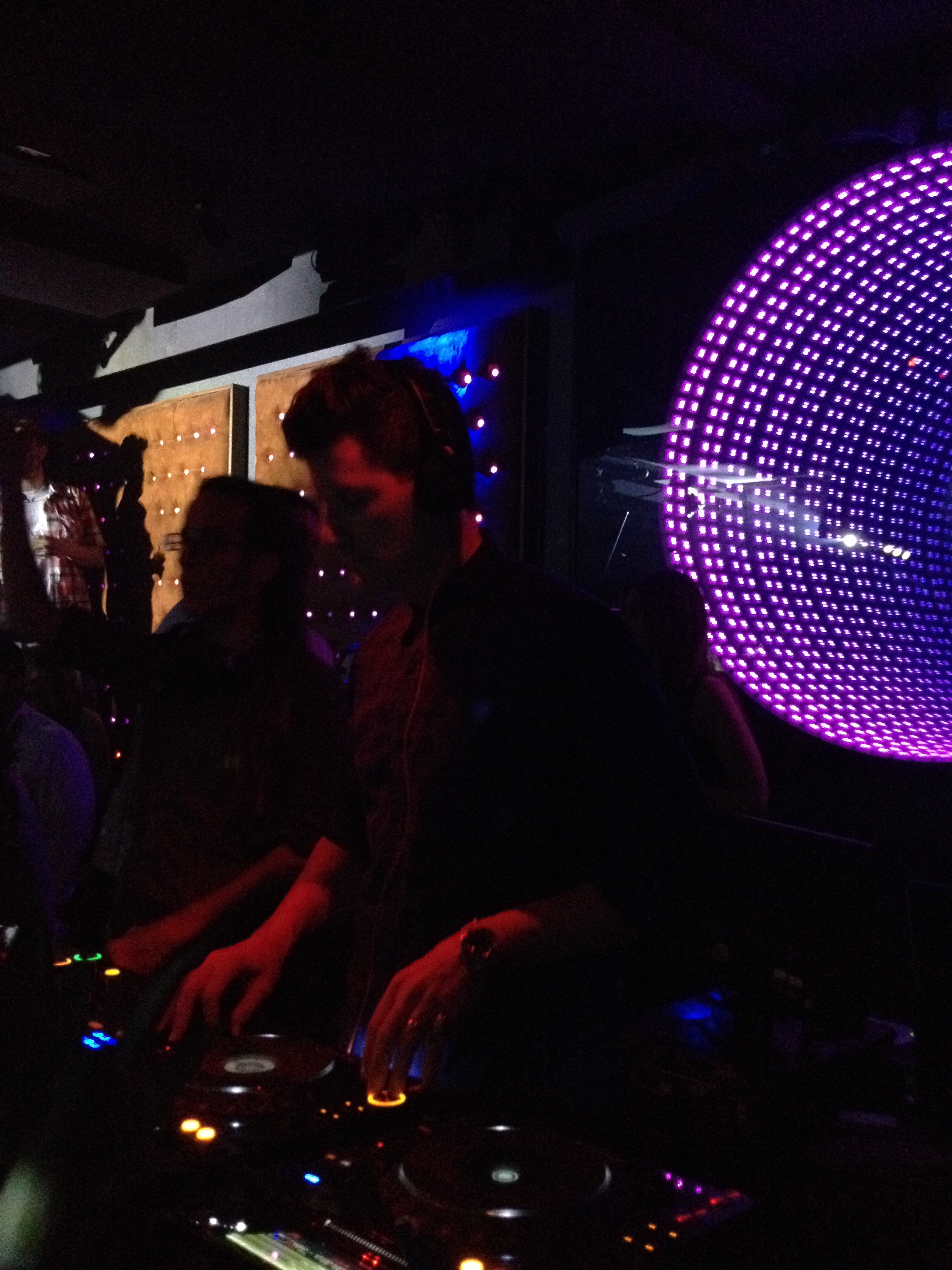 Destructo on the decks at Audio Nightclub in San Francisco

From the moment that Destructo took over the reins for the evening at the ultra-chic Audio Nightclub in downtown San Francisco, throngs of energetic dancers made their way up to the DJ booth to catch a firsthand glimpse of this legend of the EDM industry.  Some got autographs.  Others snapped photos, and were promptly told by security to stop using their flash.  But that didn’t stop their friends and nearby patrons from following in their footsteps and receiving the same admonition, because when else were they going to have an opportunity to get up close and personal with a bona-fide main stage festival performer?

Yet despite all the distractions as Destructo was attempting to set up shop, the music never stopped – much to the contrary, it only escalated in intensity.  There were blips, bloops, bleeps, sonic synth wails, and crushing sawtooth bass progressions atop a constant rhythmic thud of the two enormous sub speaker boxes set on either side of the lowered dance floor (which conveniently seconded as a massage chair for the temporarily weary).  The Spinal Tap guys would have been proud of this guy’s ability to get up to 11 while working within the confines of a mere 10 notches.

Just before midnight, Destructo had settled into that sweet spot, and everyone had thrown caution completely to the wind.  Arms and legs were flailing, there were dance-offs going on in various locales throughout the room, and the overall temperature had raised to the point where, if Nelly were present, he’d be telling us to take off all our clothes.  Thankfully, there was a coat check downstairs for those who were amenable to this offer.

The only person in the room not partaking in the prevailing no-holds barred attitude was the man allowing everyone to lose themselves for the night, Destructo himself, who was focused entirely on the task at hand: conjuring the next loop.  There was really only one point in the evening where he took his attention away from his headphones and various DJ tools to gesture at the crowd in a “raise-the-roof” manner, which had its intended effect, as everyone proceeded to (somehow) dance even more furiously.  (This moment is captured below in the admittedly poorly lit photo below; but hey, it was a dark club, whataryagonnado?) By the time midnight rolled around, the place was absolutely packed, and what a sight to see.  Without a doubt, Audio provides easily what can be considered one of, if not the best club atmospheres available in the City.  Anything and everything one could want were under one roof that night, including beautiful people, tasty drinks being served from two sizeable bars, pretty lights, and most importantly techno that just…wouldn’t…quit.  For certain, Destructo channeled all of those positive vibes into one unbelievable set.

When it all finally ended, everyone piled into the streets sweating, laughing, and longing for their beds.  That’s what you call a great night, and it was all thanks to Destructo.

If you want to partake in the revelry at one of Destructo’s next stops, make sure to check out his events schedule on his Facebook page, at: https://www.facebook.com/destructohard/events.

Also be sure to check out his new single, “Party Up,” which was just released this past week: