When Black Rebel Motorcycle Club announced their four show mini West Coast tour to close out the year, fans knew that new music from their upcoming Spring release would be played.  But no one would have guessed that it would be this good from the start!  Yes, the band seemed to be finding their groove at times, but that sense of urgency and pure rock n’ roll bliss was as strong as ever.  BRMC tours more than almost any other band, and because of that even warm-up shows have more vivacity than most bands can muster up for a close of tour set.

The Troubadour was packed to the brim with fans using bar stools as leverage to get a closer look at the band.  The smoke and fog filled the stage as the band picked up their instruments and started playing of cover of The Call’s “Let The Day Begin”.  It was an emotional tribute to Michael Been, the father of BRMC’s Robert Been who passed away in 2010. Michael was also the frontman of The Call.  It was a fitting tribute to a great musician, and I hope its something that carries on for the proper BRMC tour.

The crowd started slow, but was built up to raucous fever that every Black Rebel Motorcycle Club show should have.  Tunes like “Conscience Killer” and “Ain’t No Easy Way” require you to jump in the air and mosh to your content with fellow concert goers.  These songs require the building to move and dance, and by “Berlin” that was clearly happening.  Up front and center at a BRMC show is always going to be a little rough, but in the best rock n’ roll way possible.

Most of the new material that night featured Robert Been on vocals.  From a first listening, the new material is deeper and more emotional than the tracks from 2010’s Beat The Devils Tattoo.  It’s obvious that the passing of Michael Been has had a huge impact on the writing process of this album, and we look forward to getting the lyrics in our hands to sink into.  Of course, there was also the floor moving, crowd moshing, fast-paced bullet from hell BRMC song that we have come to love.  “Rival” may have left more fans with small bruises on their arms that night than any other song.  Peter Hayes shines on the track, that also features a crushing backline from Leah Shapiro.  If the song isn’t the official rock anthem of the NFL or NHL next year, then someone at those organizations made a big mistake.

This wasn’t your two and half hour long BRMC set that fans became used to from 2010-2012, but it was an 18 song roller coaster the paid homage to the bands amazing catalogue and also hinted at the greatness soon to come. 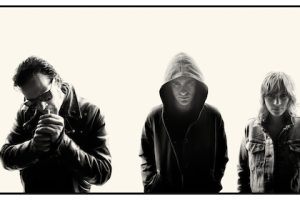 Robert Been, Peter Hayes and Leah Shapiro make up one[...] 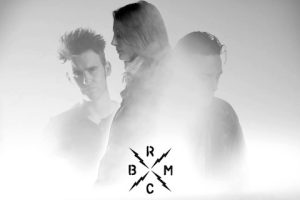 The hardest working band in rock n’ roll is back[...]