With no curtain to conceal their presence, the bare necessities of the band set in place, and a final stare into the house lights, A Place To Bury Strangers took the stage at Club Mayan last night in a smoky haze of fog as the lights dimmed.  Those lights would never come to full life again during their set, but the pulse of strobes would give all the lighting needed for the experience.  The fog covered Oliver Ackermann, Dion Lunadon and Robi Gonzalez on stage, while the crowd became enveloped in the wall of sound that A Place To Bury Strangers (APTBS) traps the audience in.  It was the most genuine musical experience of the night even though they were slotted as the opener.

A Place To Bury Strangers are built for the dark and smoky clubs.  The ones where you preferably have to take 15 or 20 steps down under the main club to find a dark room with a stage along the back wall, and dark-clad individuals lining the interior and occupying the bar stools.  Last night APTBS was in a larger setting as the opener for The Joy Formidable.  They’ve played bigger stages before, opening for Nine Inch Nails in arenas in 2008. So even though Club Mayan may not be the ideal place for fans to experience the band, APTBS still created an overpowering sonic experience to fill the venue. 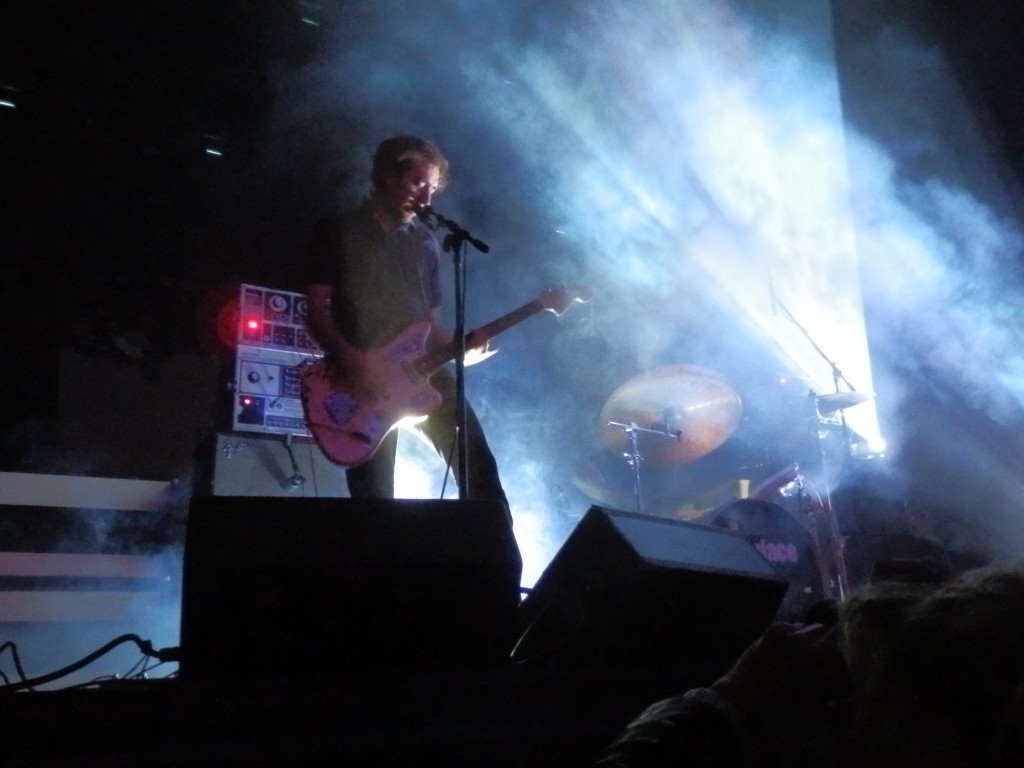 Oliver Ackermann provides the vocals and guitar that drive the live performance of APTBS.

The fast pace of “Deadbeat” was a enthralling and visceral experience.  Ackermann  and Dion join forces for vocals on the chorus, and the dizzying sound of Ackermann’s guitar screamed above the drums.  With the sound of APTBS the drumming is an extremely important force in the live show.  At times, the drumming of Robi Gonzalez is the only clearly defined sound releasing from the stage.

Lunadon was an absolute beast on bass throughout the performance.  Taking a few moments to enter the crowd with his bass guitar high in the air, he’s the more crowd-aware of the two guitarists.  Consistently plucking the bass strings from their board, he tossed out the broken strings throughout the night.

“So Far Away”, the latest single off of the Onwards To The Wall EP, was played flawlessly live.  The song and its performance create an almost unsettling tone for their live show.  There’s something mysterious and all together unnerving about APTBS and the way they play.  It feels as is you are trapped in a horror film, consumed by the thick air around you, all while being dosed with the mind-altering substance that psychedelic rock of this nature expels.  You’ll find yourself lost in the music during APTBS, and last night was no different.  Ackermann dragged his speakers across the floor at one point, positioning them directly in front of the crowd that was front and center.  Waiting patiently to release his sound on the audience, he journeyed through a psychotic chord that vibrated throughout Club Mayan.  APTBS plays loud, and it will rattle your brain for a few hours after their show. 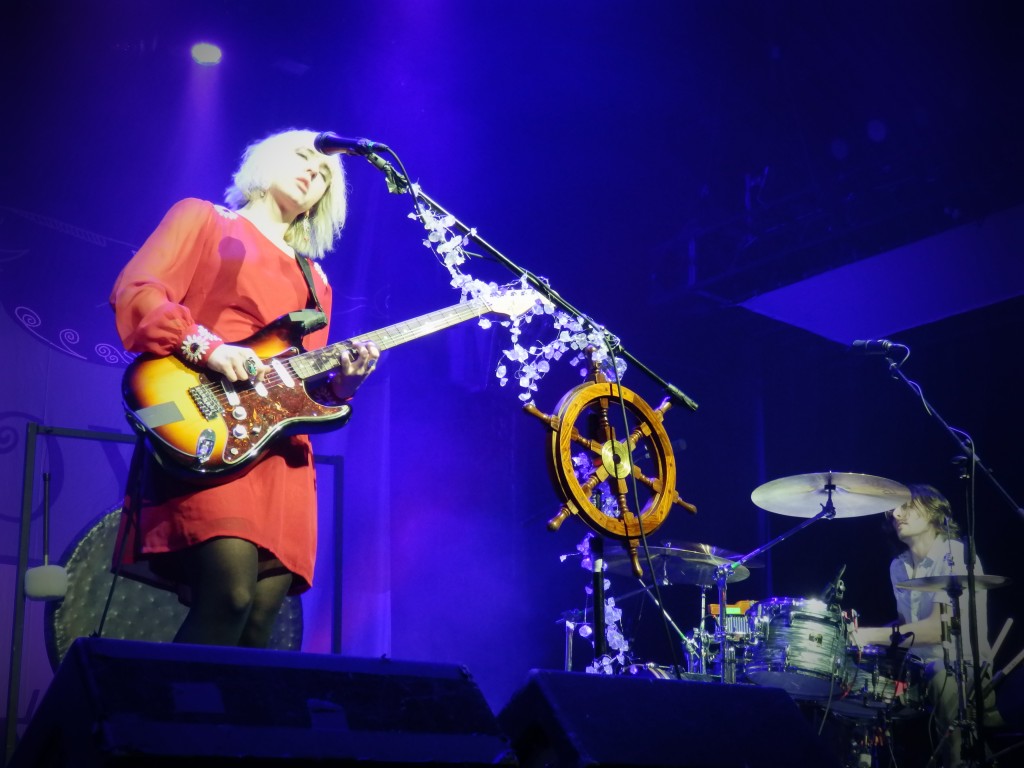 On a night where the latest happy-go-lucky shoegaze act was the headliner, there was a palatable difference between A Place To Bury Strangers and The Joy Formidable.  There’s no painted-on smiles, cute lighthouses or harps on stage, and definitely no room for playful banter between the band members when APTBS is on.  While both acts may ultimately be grouped in the renaissance of the shoegaze bands that is occurring, there was only one act that dared you to turn away from their sonic display.  A Place To Bury Strangers did that and also rattled some bones at the same time.