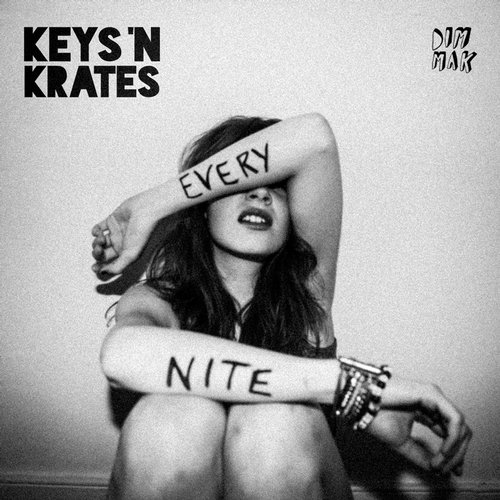 All is not what meets the eyes (or ears) with Keys N Krates, an unlikely group of Canadian musicians that is arguably making the best hip-hop/trap beats in the galaxy right now.  Somehow, despite hailing from the Great White North, the zesty southern flair incorporated into each one the trio’s dance numbers rivals the best Tennessee dry rub you’ll find.  And when Keys N Krates shake ‘n bake, they tend to leave their names lingering in people’s mouths.  That’s because they’re not your cookie-cutter, push-play deejays.  No, as you can see from the video below, playing actual instruments is an essential element of their onstage “livetronica” performances, and they get real busy when they’re onstage.

Keys N Krates, consisting of Adam Tune (drummer), David Matisse (synthesizer/keyboardist), and Jr. Flo (turntablist), haven’t really been around that long – they first dropped onto the scene in 2013 with their EP, SOLOW, a highly-regarded album that highlights the group’s keen ear for sampling and penchant for perfectly time machine gun snare rolls:

However, relentless touring have quickly turned these guys into seasoned veterans, and they’ve been earning higher and higher positions on festival rosters across the U.S., recently co-headlining San Francisco’s “Summersalt” Music Festival along with glitch hop mainstays Big Gigantic and G-Eazy.  And now, Keys N Krates are already back with a sophomore EP, titled Every Nite, which they released (again on Dim Mak Records) in conjunction with a massive west-to-east-coast North American tour.  Today, they’re rocking out at Launch Festival in Sacramento.

Every Nite, which you can stream in full below, has a lot of really good things going on.  The only real complaint that I would have is that the group played it a bit safe, and rather than exploring new landscapes in the EP, made it more a continuation of SOLOW.  But considering how well these guys do their bread and butter, diehard fans will certainly get what they were looking for – that being a heavy dose of sampling, thumping 808s atop the crispiest sounding snares you’ll ever hear, and of course the “keys,” which are hammer out staccato synth lines that are less about melody and more about pure, unadulterated groove.  The first single off the album, “Are We Faded,” is an especially danceable track with a potent blend of thundering low end mixed with a glitchy, playful pitched-up vocal track.  Check it out for yourself, and let us know what you think in the Comments Section!