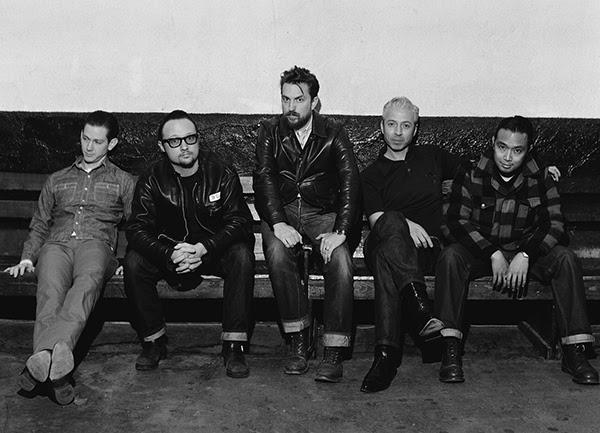 Oklahoma native singer-songwriter JD McPherson is ramping up a deluge of new music on the heels of his critically acclaimed debut album Signs & Signifiers. Today McPherson releases The Warm Covers, a four-song digital EP. The rock and roll singer seamlessly blends 1050’s style blues rock with toe-tapping steel guitars for a timeless sound that would play in LA in 2014 or American Bandstand in 1955. In addition to his EP McPherson also announced a killer Halloween show opening for Queens of the Stone Age at the LA Forum on Halloween night, October 31.

You can check out the first track off the new EP, a refurbished version of Billy Boy Arnold’s “I Wish You Would”, on Esquire. Of the song, McPherson comments, “Concord acquired the Vee Jay catalog. They asked us if we would like to cover a song and, record nerds that we are, we asked can we actually release a Vee Jay Record with the old Vee Jay Label. This is a Billy Boy Arnold tune—changed it up a bit, but for the most part that’s the song.”

In addition to the digital EP, a special 7” vinyl will be released November 4 (pre-order now via Amazon). The Vee Jay Records 7” features “I Wish You Would” along with a Jimmy Hughes cover, “Steal Away.” The record will be available at indie retail and at upcoming tour dates.

McPherson’s sophomore full-length album will be released in 2015 on Rounder Records. More information to be announced shortly.

*supporting Queens of the Stone Age