Sensation is coming to the Bay Area.

The international touring rave event, “Sensation, The Ocean of White,” will officially be making its way stateside this Friday night at the Oracle Arena in Oakland, California.  Back in the U.S. by popular demand after two sold out debut shows last year in New York, the production team of Sensation 2013 promises a truly unparalleled dance experience, hoping to “transform Oracle Arena into an underwater world, with giant jellyfish hovering above the dance floor, mesmerizing large scale water fountains built into the stage and aerial acrobats that shoot from the ceiling.”  The one rule: all patrons must dress head-to-toe in white.  No exceptions.

Words truly cannot do this grandiose event justice; one must visit the photos section of the Sensation website (http://www.sensation.com/united-states/en/photos/) to really understand what is in store for attendees.  And in case the visual components of the show aren’t enough to convince you to shell out the $150 ticket price ($250 for deluxe passes), the event’s lineup will undoubtedly provide a perfect assortment of house music for EDM-lovers of all types, as the show kicks off with none other than the “pale-faced resident” DJ, Mr. White, and finishes with EDM superstar Fedde Le Grand, who, alongside MC Gee, will be keeping the white-clad crowd dancing until they’re blue in the face. 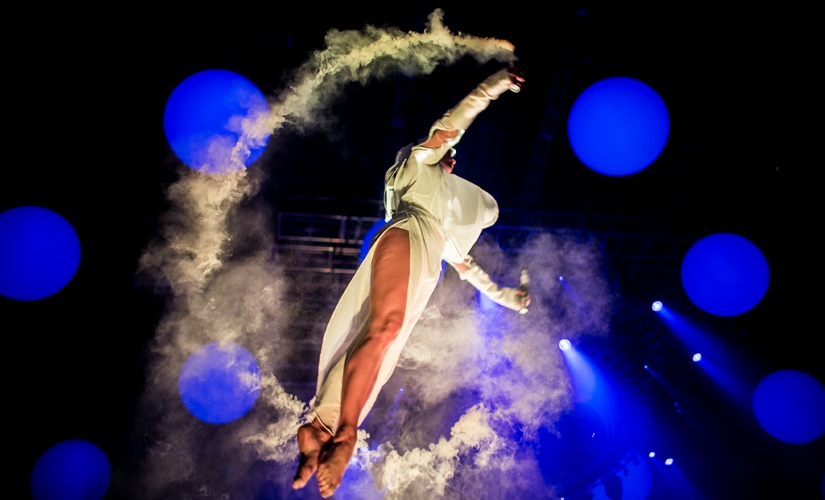 As a remarkable indication of the growing Bay Area electro music scene, this year Oakland not only joins Las Vegas, Miami, and New York City – all renowned EDM destinations with their own major festivals (respectively being Electric Daisy Carnival, Ultra Music Festival, and Electric Zoo Festival) – as host cities to Sensation’s first ever U.S. tour, but is the very first stop.  As a necessary editorial aside, let me say that this fact warms my unabashedly dub-loving heart, and means that I will have plenty to write about as the newest member of the Rabbits Black writing staff!  Thanks to Ronnie, Ryan, and the entire RB crew for having me on board!

For tickets as well as other necessary information regarding the 2013 Sensation U.S. tour, please visit http://www.sensation.com/us2013/.