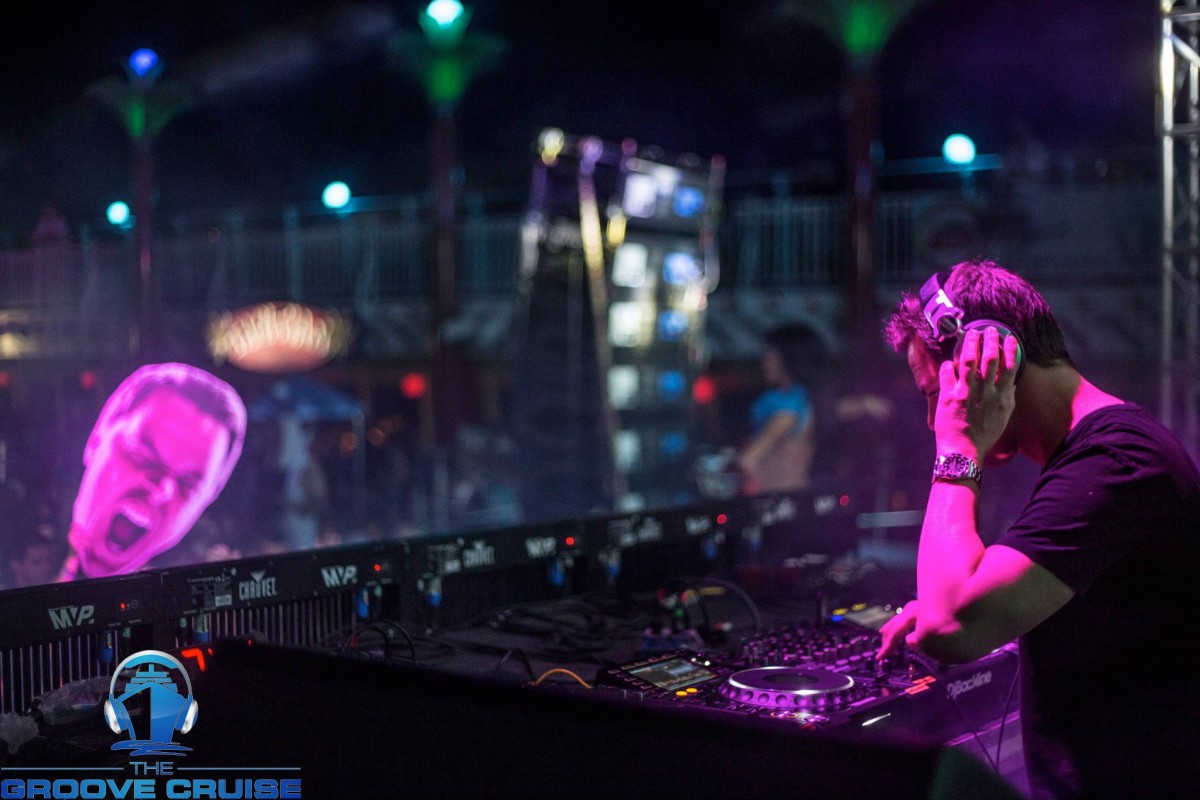 UPDATE: Markus Schulz just announced that his new artist album is complete and ready to be heard for the first time ever on the Groove Cruise Miami this week. It’s an exciting week for Markus, as he prepares for his open to close Groove Cruise solo set on Friday night and begins the process of releasing his next artist album. The listening party will take place on Monday, January 25th at 2:00 PM at the Bliss Lounge. Space is extremely limited and first come first serve. But here at Rabbits Black we have the opportunity to confirm you a spot at the private event. Want in? Simply leave a comment at the bottom of this feature piece here and tell us why you should be one of the first people EVER to hear Markus’ new album! Winners will be announced on Thursday on our Facebook page at 5 PM EST. You must be attending the Groove Cruise Miami Xii to enter. Now on to our feature piece …

When Markus Schulz stepped onto the Groove Cruise for the first time on September 27th, 2013, no one could have imagined just how perfect this pairing would be — world’s most fun non-stop dance music festival meet the DJ who doesn’t know how to stop giving it his all. The lasting impression that Markus Schulz left on the first fully chartered Groove Cruise out of Los Angeles has made him an attendee favorite and a legend on the decks of the ship. When Whet Travel, the team behind the Groove Cruise, boasts about having one of the only music festival experiences where superstar artists actually mingle with fans, Markus is one of the artists they are referring to. Many of the performing artists, including Markus, elect to stay on for the duration of the cruise because they are having just as much fun as everyone else! So it’s no surprise that on his 4th Groove Cruise voyage, Markus is raising the bar to the pinnacle of his performance theatrics, the open to close solo set.

This isn’t the first time that Markus has brought his patented open to close set to the decks of the Groove Cruise. On his first ever Miami voyage back in 2014, Markus opened and closed the Theatre stage himself. But that was two years ago, and since then Markus’ signature set has gained a lot more attention and notoriety. So how will this set be different? According to Markus, it starts with the music of course:

Well, structurally it will be the same, where I envisage the set as being divided into three parts – the deep progressive warmup, the peak hour section with all the big tunes you hear in the regular sets, and the afterhours rabbithole portion where things get a little twisted and weird, with a sprinkling of classics thrown in too.

The set two years ago would have been very close to the Scream 2 artist album coming out, so the likes of “Destino” and “Blown Away” would have been big tunes to showcase. Fast forward to today and I am working on the next artist album, and because the Groove Cruise provides the intimate setting with knowledgeable fans, you have that understanding and trust to use the set as a testing ground for what everyone else will hear some 4-5 months further down the line.

We have some huge tunes locked in to the Coldharbour Recordings schedule in the early months of 2016, so plenty of those will be getting an airing too.

A little history helps put all of this into perspective. Markus started doing solo sets where he was the only performing artist when he was a resident DJ at The Works in Scottsdale, Arizona in the 90s. Markus continued to do this for seven years in the desert, perfecting the art of taking the listener through a complete night of music, filled with peaks and valleys that have since become the staple of his live performances. Markus continued to perform in this manner throughout his career, but in 2013 he reached new heights with the open to close format. For the first time ever Markus performed solo from the time the doors opened to the time the doors closed… at a music festival. His 2013 Tomorrowland set clocked in at 12 hours, and since then there’s been no looking back for Markus and his fans. The open to close set is new pinnacle of Markus Schulz shows, something that fans beg for in their hometowns, and something that is always carefully planned by the artist. These shows are special, and they have to be carefully spaced out and orchestrated. With two years between his last open to close set on the Groove Cruise, the timing was right:

The open to close solo sets are something very personal and close to my heart. It’s not the kind of thing you could do anywhere or indeed every week, due to the amount of preparation involved. And it needs that special setting with the right audience to appreciate the journey.

Anyone who knows me or follows my career knows that I’ll try to play as long as possible given the opportunity, in order to provide as fulfilling an experience for the fan as possible, so I am grateful to Groove Cruise for believing in me and letting me take over an entire night.

And of course, it’s Miami! It’s me representing my hometown people. Many of the people coming on this cruise are the same people who are going to the solo sets at Space, and many who are traveling from further afield have been to the shows at Avalon in LA or Stereo in Montreal. In 2015 there were only six open to close sets all year — the first on March 20th in San Francisco, followed by shows in Seattle, Ibiza, Montreal, New York City, and of course the nearly 12 hour set in Los Angeles this past August. It’s no coincidence that the first fans to be treated to the open to close experience for 2016 would be the loyal fans and attendees of the Groove Cruise. There may be no better venue or stage for this type of performance. The Groove Cruise is an all encompassing experience, one that surrounds you at all times. There are no concerns about ins and outs, there’s no work to go to the next day (or three days), and there’s no curfew or limits. For an artist like Markus, it’s an open platform that allows him to create an experience and journey based on the energy of the crowd and the atmosphere in the room, not the time on the clock. And that’s why this open to close set is so exciting for the fans and for the artist:

I’m really looking forward to it. Aside from finishing the Global DJ Broadcast Classics Showcase, I spent most of last week in vacation mode resting my ears. But now I am rearing to go again. The set is obviously the important part of the job, but I’m looking forward to the whole Groove Cruise experience; getting to hang out with the fans and eat breakfast and dinner together. It feels like you’re partying with your extended family.

The open to close solo sets help feed my soul, so there will be plenty of treats in store for those on board.

We know Markus is going to give it his all, and we know the Groove Cruise attendees are more than up for the challenge. That combination means that we could be in for anything on the opening night of the Groove Cruise Miami Xii. There’s no limit to how long or how many times Markus will take the decks, and there are so many stories and experiences waiting to be created. In a sea of uncertainty where pretty much anything is possible, the only thing we do know is that on Friday night Markus will take the decks for the first time on the 12th edition of the Groove Cruise Miami in the main Theater. What happens after that is anyone’s guess. Quotes in the images are from our January 13th, 2015 interview with Markus that can be found here.