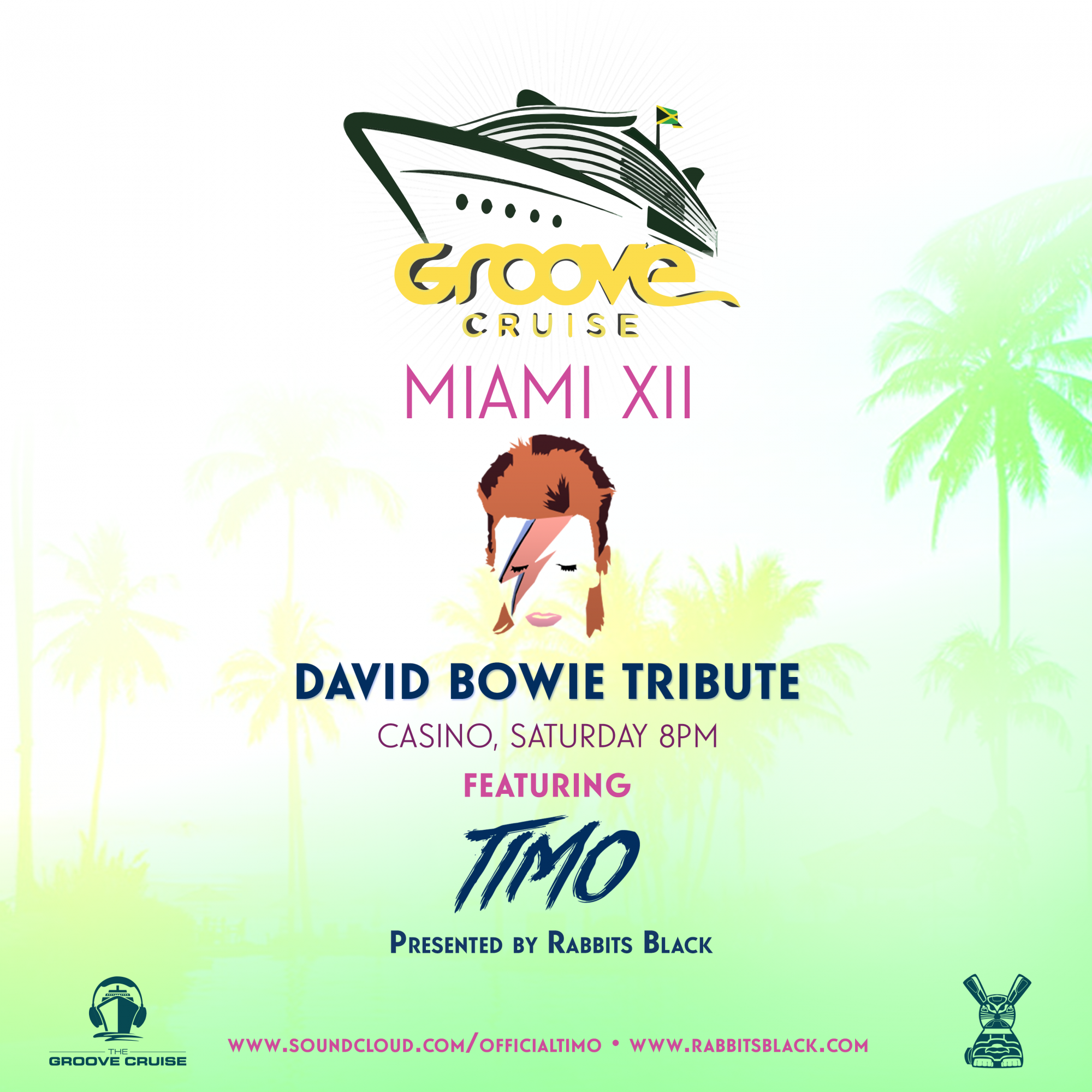 With heavy hearts this world said goodbye to David Bowie on the 10th of January, 2016. The iconic artist passed just two days after his 69th birthday and the release of his 28th album Blackstar. A few days after his death, it became clear that this album and the two music videos that were released leading up to it, were meant to be a parting gift from Bowie to his fans. Bowie’s death became a piece of artistic performance, a final act of genius choreography. It is in that spirit that we invite you to celebrate the life of David Bowie and his incredible influence on music around the world. From Pop to Metal to Disco to Rock to Electronic, Bowie touched and influenced it all. So let’s dance and celebrate David Bowie on the Groove Cruise Miami!

For those lucky captains joining us this week, we invite you to a special David Bowie tribute set on Saturday night at 8 PM in the Casino. Taking the decks for this special set will be San Francisco native TIMO. This classically trained DJ moved from production to performing after seeing Markus Schulz and Tiesto perform at ETD Pop in San Francisco in 2008. Since then TIMO has developed a style that allows him to effortlessly play to the audience and crowd. His range goes from Hip Hop to Deep House with fun and recognizable vocal samples. TIMO’s sound has been inspired by artists such as Luciano, Jamie Jones, and Groove Cruise veteran Anthony Atalla, but the San Francisco native has taken his party throwing influences from Claude Von Stroke and the Dirty Bird family:

They take that deep house sound and vibe and add fun vocals as well. Same goes with Sharam Jey and the Bunny Tiger family, amazing beats and they throw some of the best dance parties you’ll ever see. I’m currently loving what great live acts like Gorgon City, Disclosure and Duke Dumont are doing right now. They’re showing that there’s so much more to the scene and trying to bring back the focus on dancing and just having a good all-around enjoying live music. – TIMO 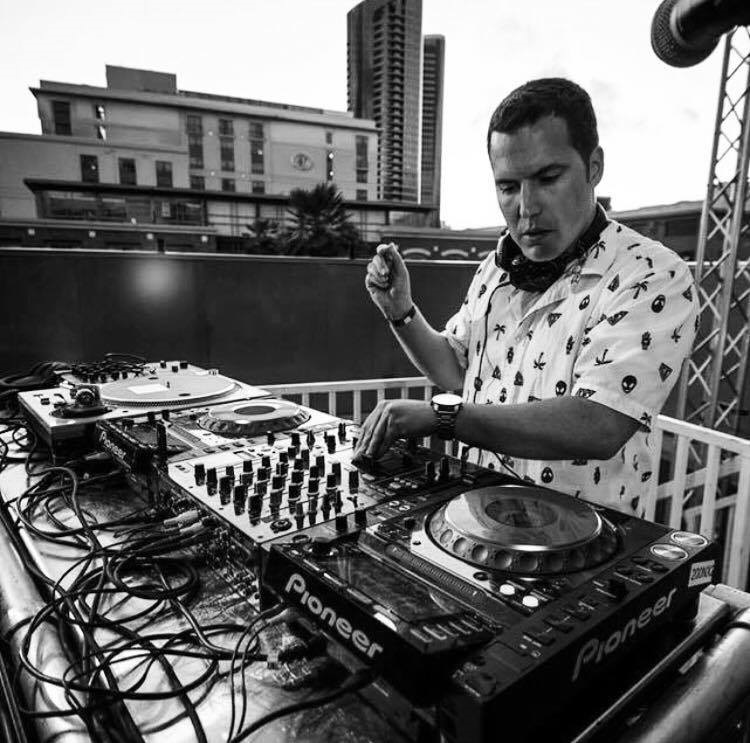 TIMO will be mixing and matching originals with Deep House vibes and classic Bowie tracks. Dance the night away to celebrate one of the greatest musicians to ever live. For TIMO, whose father introduced him to Bowie’s music at a very young age, the tribute set is the ultimate honor and to be able to perform it on the Groove Cruise makes it even more special:

I’m stoked to be playing this year and this one is extra special because I’m going to be doing a David Bowie tribute set! As most people know we lost an amazing figure in music to cancer last week and I’m beyond honored to be able to give the Groove Cruise family an opportunity to come out and celebrate his life and music! – TIMO

Check out some of TIMO’s mixes below and follow him on Soundcloud for the latest. We’ll see you in the Casino! 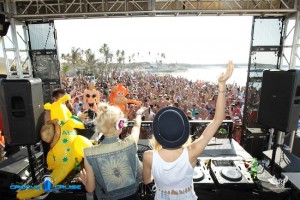 Groove Cruise X is less than two weeks away, and[...]

The Groove Cruise LA officially disembarks on Friday at 4[...] 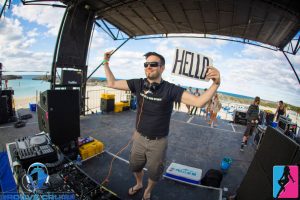