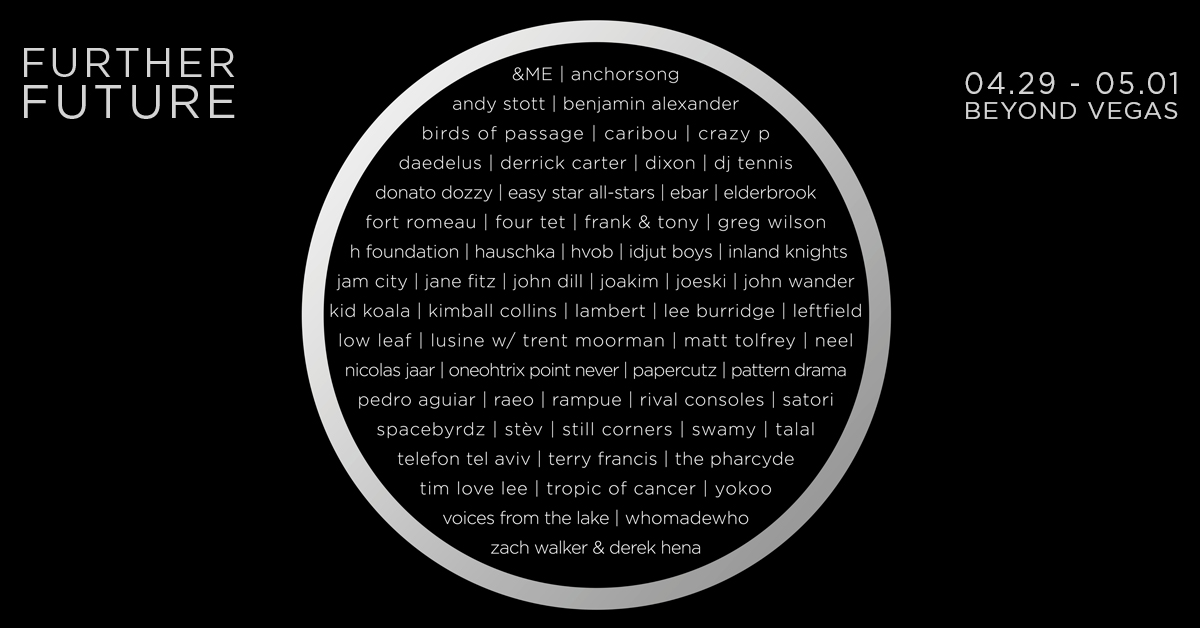 Further Future’s second year promises to sand off some of the rough edges from last year — a last-minute location change led to a half-built set with cranes still installing elements on Sunday morning — while keeping the festival’s strengths in diversity, aesthetics and, above all, music. In fact, this year’s lineup is the strongest per-capita electronic music festival in years. Here are some of the highlights and can’t miss musical acts.

Amidst the throng of German house DJs / producers — the many children of Berghain — &Me stands out for his raw, earthy tones and techno influence. His most recent track, Shadows, is a 12 minute opus that starts with slow, brooding beats and snatches of a delicate piano melody before layering in Dwayzo Lawrence’s distant, drifting vocals. The following percussion and keyboard patterns sweep the track forward, building toward &Me’s signature dark slow burn mood. His live sets likewise tend to be more moody groove than energetic club, potentially a welcome change from the more upbeat dance-oriented artists at FF.
Check out Shadows here Although technically a solo project, Caribou’s live show is far more than a Dan Snaith one man show. Most recently playing with Ryan Smith, Brad Weber, and John Schmersal, the four-tet push Caribou’s sound far beyond Snaith’s studio material — heavier bass kicks, head-to-head dueling drummers (with Snaith often taking the reigns alongside Weber) and extended breakdowns. The combination of tight dance beats and percussive mayhem means this is one for the rock fans as well as the dance community, and the live reinvention of his much-loved Caribou tracks makes it worthwhile experience even for those who have listened to songs like Odessa or Our Love on loop for days.
Try the Can’t do Without You Extended Mix here or Our Love here As the head of Innervisions — alongside Dynamic and Life and Death, the most exciting label in house / tech  music — as well as Resident Advisor’s #1 DJ last year, Dixon is probably hottest house DJ / producer today. Notorious for never pandering to a crowd — playing more obscure and challenging tracks than anyone else — his six hour set is not to be missed.
The latest Ame & Dixon Essential Mix is fantastic Twenty years after their 1995 debut hit, Leftfield (once a duo, now just Neil Barnes) made a triumphant return last year with their third album, Alternative Light Source. Leftfield combine hard-hitting machine-like grooves with techno, bass, dub and occasional elements of afro-pop, and their legendary live sets bring down the roof (quite literally at the Brixton Academy in 1996 — bring earplugs!). Of course, like their fellow 90s British dance music brethren the Chemical Brothers and the Prodigy, Leftfield no longer sound as ground breaking as they did at the dawn of progressive house, but their live set — first in North America for 16 years — is not to be missed.
Listen to Leftfield’s debut album Leftism here The sonic highlight of last year’s Burning Man was the combination of Rampue followed by Lee Burridge at Robot Heat in the early hours on Saturday. While Burridge is well known for his All Day I Dream day party series, Daniel Krajnyak aka Rampue is perhaps less well-known in house music circles. His early EPs dabble in various subgenres including 8-bit and synthpop to varying success, but more recently (eg on the EP, “Mama Was A Progrocker,”) Rampue has settled on an more deep house and minimal sound with touches of middle eastern music. His live sets are a step up from the recorded music, full of exciting improvisation.
Check out Rampue’s Robot Heart BM set here
Frank & Tony

Longtime New York dance music producers Francis Harris and Anthony Collins joined forces to produce EPs under the Frank & Tony monikor and, frankly, it’s the best music either has put out in years. Exploring a contemplative deep house sound, their signature sound is a detailed, layered slow-burn — melancholy without straying into melodrama. Their regular night at Output in NYC is fantastic, and even in the deep house heavy Further Future setting, they’ll stand out about the rest.
Check out the You Go Girl EP here

Tickets are still available for Further Future taking place April 29th to May 1st. We’ll see you there. 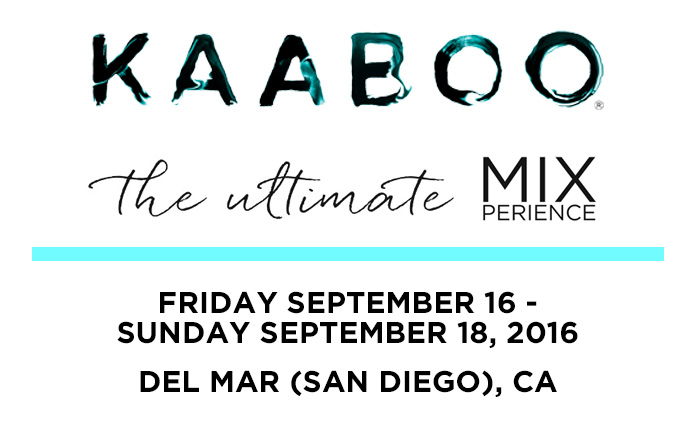