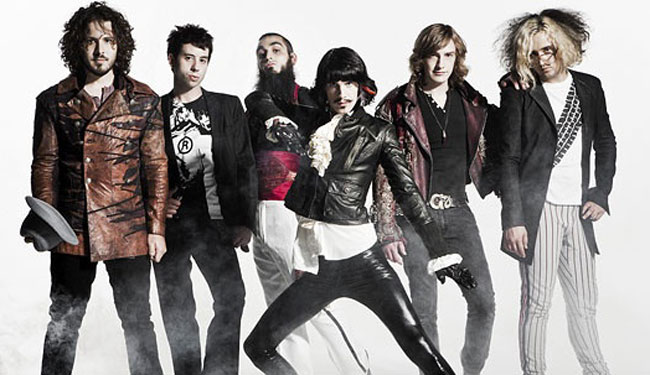 After 10 years, 5 albums, and over 2,000 ceiling shattering live shows Cincinnati rockers Foxy Shazam have announced they are taking a hiatus as a band. They posted their decision on Facebook, stating that they needed more time with their families and to pursue their individual artistic passions. And at RB we wish them all the best.

For years Foxy has been one of truly hidden gems in Rock and Roll and one of the shockingly underrated and underappreciated modern day live acts. Every one of their shows is injected with an energy and enthusiasm that hits the stage like an unyielding force of nature. There is a power, charisma, and charm to their shows that is often more commonly experienced at a theatrical performance than a music concert. 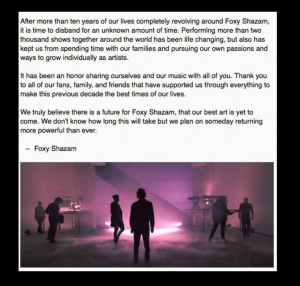 They recently played a very well received show at the El Rey in Los Angeles featuring a two act set beginning with Gonzo in its entirety and ending with a full collection of their hits. Just like their 2012 House of Blues performance on Sunset Blvd opening up for the Darkness, they put on one hell of a show.

Foxy was formed in Cincinnati in 2004 and had just finished touring in support of their fifth studio album Gonzo.  Their musical style transformed over the years from a more post-hardcore aggressive style to a refined Queen-like collection of tongue-in-cheek dance rock hits (“I Like it” and “The Streets”) and bombastic stadium-worthy anthems (“Unstoppable” and “Holy Touch”). Much like the frontman for the aforementioned Queen, Eric Sean Nally was born for the stage. Although small in size, his persona was 20 feet tall. Nally commanded even the largest rooms with his huge wailing voice and wild stage acrobatics. Without missing a note he could somersault, stage dive, and do the splits, all in an outfit probably designed more for stage theater than gymnastics. 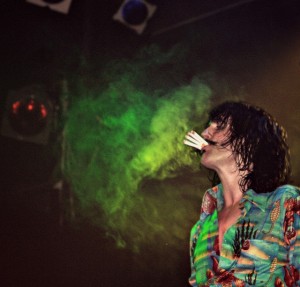 Foxy Shazam was always more than just one performer. Every band member brought something to the stage besides their music ability. They were (are) characters. Alex Nauth is a reckless tazmanian devil on the horns, somehow saving enough breath to keep up pace on his trumpet.  Schuyler Vaughn White’s keyboard might as well be in zero gravity because he is more likely to be playing it on its side or upside down, or standing on it and playing with his feet.

They engaged the crowd on a personal level that is very uncommon today. In the absence of pyrotechnics, huge LED screens, and confetti they put on arena worthy shows every night. They are spectacular performers, artists, and musicians that never fully received the acclaim this writer believes they deserved.

Foxy Shazam concluded their farewell post with this: “We don’t know how long this will take but we plan on someday returning more powerful than ever.” I am not alone when I ask how they can be MORE powerful, but I can’t wait to see it!

I write this for the band: Thanks for the amazingly fun music and epic shows. Best of luck in your individual pursuits.  And with a few years to plan I’m sure your reunion shows will be UNSTOPPABLE!