The Rabbits Black staff can’t get enough of The Darkness and Foxy Shazam!  The Darkness on their return to rock tour with the party-starting Foxy opening?!  Ya, count us in for two nights!  So we just had to check out both shows so Rabbits Black could be in the building for the House of Blues Sunset show in Los Angeles and the Fillmore show in San Francisco.  We sent a dude to LA, and a chick to SF.  Get the dual perspective on these two shows in two cities from two different sets of eyes and ears.  The dual feature review is here!

I believe in a thing called The Darkness! Welcome back. The English rockers brought their guitar wailing and falsetto to a very sold out crowd at the House of Blues on Sunset last night (Sunday). After a 5 year hiatus Justin Hawkins reunited with his brother Dan Hawkins and the rest of the original band members (Frankie Poullain (bass) and Ed Graham (drums)) and put on a show almost too big for the HOB. Several wardrobe changes, 1 trip around the main floor on a roadie’s shoulders, a new mustached look, and 2 hours full of old hits and new material left a breathless crowd spilling out onto Sunset Blvd. on a Sunday night in Hollywood. 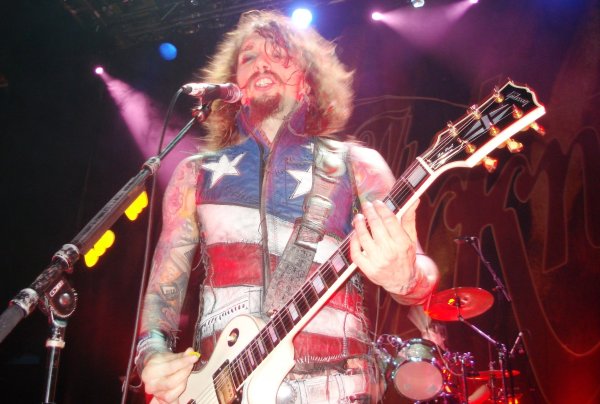 The show was highlighted by killer tracks from The Darkness’ second album One Way Ticket to Hell … and Back! including title track and an ear splitting rendition of “Hazel Eyes.” The eager crowd was obviously waiting for the band’s biggest single all night, and the entire venue erupted into a live sing along from literally the first chord of “I Believe in a Thing Called Love.” The show didn’t end on that high though. The band came back out for a raucous crowd involved encore that included almost 15 minutes of instrumental.

Concert Confessions caught a great video of “Hazel Eyes” from the top deck:

A show stealing combination of quirky antics, anecdotes, and wicked dance moves made Foxy Shazam a very impressive prequel to The Darkness sold out show Tuesday night at The Fillmore SF.

Lead singer frontman Eric Nally bears resemblance to Justin Hawkins (The Darkness), stepping out in his sequined jumpsuit, dark hair, and thin handlebar inspired mustache, somersaulting across the stage to where keyboardist (Sky Vaughn) surprisingly doesn’t smash his instrument after repeat poundings… with his feet.. and face.. and elbows.. This band of misfits from Cincinnati brought a ton of energy to the stage! Performing songs from their 2010 self titled album, as well as a few new hits from their new 2012 album “Church of Rock and Roll” they were on fire. One particular stand out tune that sent a buzz through the crowd; their new single “I Like It” featuring a sing-a-long chorus of “that’s the biggest black ass I’ve ever seen!” perhaps highlighting evermore as their T-shirts boast “White music for black people”

Following Foxy, The Darkness presented a show nothing short of amazing, the LA performance review says it all, Justin Hawkins has the voice of an angel!  Despite all the acrobatics as he threw himself from one end to the other, headstands and split leaps, he never sounded strained nor out of breath, hitting every note pitch perfect.  Breathtaking wouldn’t be an overstatement.  With both The Darkness and Foxy Shazam presenting stellar performances, I daresay this was a rock-and-roll circus, bundled up in to one kickass show.

This author hasn't written their bio yet.
Dexter has contributed 20 entries to our website, so far.View entries by Dexter 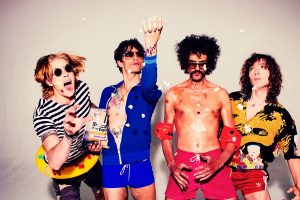 It’s not too late to score tickets to see The Darkness[...] 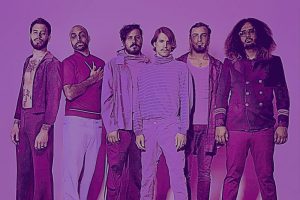 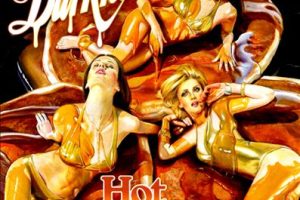 The Darkness are following up their recent LA shows with[...]