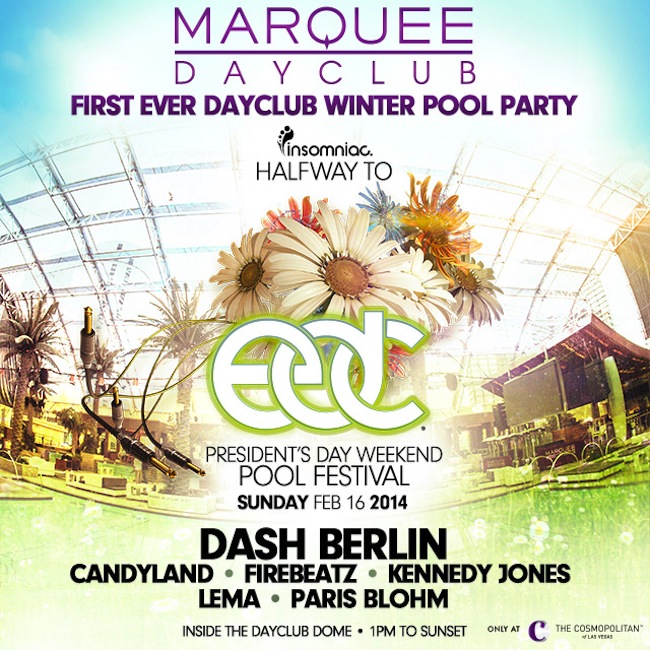 Well leave it to Insomniac and Marquee Las Vegas to do something that’s never been done before in Vegas.  On February 16th the first ever winter daytime pool party will happen in celebration of the halfway mark to EDC 2014.  “Halfway to EDC” will take place on February 16th from 1 PM to sunset and will feature Dash Berlin and Candyland.  More artists will be announced soon, but this party is already shaping up to be something special.  The party will happen under the new Marquee Dayclub Dome- a massive structure built over the past few months that creates a temperature controlled environment in the Marquee Dayclub area.  Measuring more than 22,000 square feet and rising 200 feet above the Las Vegas Strip, the Dayclub Dome is set to change Vegas day and nightlife during the winter.  It might be in the low 60s outside in Vegas on that Sunday, but it will be much hotter under the Dayclub Dome.  We were there last weekend to check out the new Dome, and it’s definitely something that you would only find in Vegas!  The first pool party event of EDC 2014 is here… and it’s only February.  Oh ya, it’s Valentine’s Day weekend as well, love will be in the air- you can’t miss it!

Tickets are on sale now at marqueelasvegas.com.