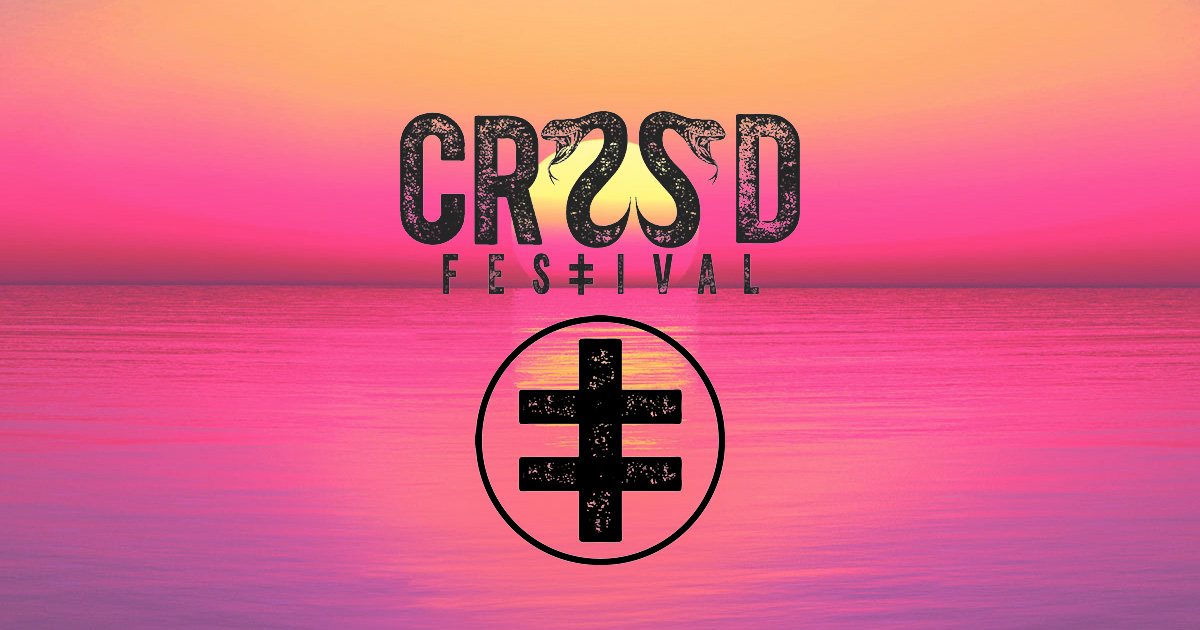 Music festivals are a dime a dozen these days, so there are PLENTY to choose from. It’s not easy differentiating your festival from the next, and there are so many factors that go into whether or not the general audience will enjoy it. Well after we attended our first CRSSD event last year in San Diego, it became apparent very quickly – CRSSD is one of our favorite festivals.

CRSSD is held twice a year in sunny San Diego, with the next one only a few weeks away – October 1st and 2nd. It’s this weekend! It’s held at the beautiful Waterfront Park right on the harbor, which only opened about 2 years ago. There are enormous fountains that run pretty much the entire length of venue, so no matter what stage you’re currently at, there’s a good chance you can kick your shoes off and go frolic in the shallow water! Just make sure to hold onto those phones. The layout is phenomenal – 3 total stages essentially in a straight line, with the first one being right next to the entrance, the other on the far edge and one smack dab in the middle. It honestly takes all of 15 minutes to walk from one side to the other.

It’s not the biggest festival in terms of attendees (which we love) but that’s partly because it’s doing what most other festivals or shows won’t dare do – limit it to people 21 years and older. If you’ve ever found it a little strange to be partying alongside 18 year olds, this is probably the festival for you. Most importantly there are bars conveniently located and you can of course wander around with drinks, so no more beer gardens!

Of course there’s the music – this festival is a deep house lover’s dream. It’s by no means limited to just deep house, but that’s the vibe they tend to go for with every lineup – fun house music made for dancing and not cramming along a guardrail and jumping up and down. It’s typically easy to find space to dance with friends, which results in a great atmosphere and reflects on the friendliness and kindness of everyone in attendance. If you’re all about the ‘good vibes’ this is the place for you.

To give you a better preview of this particular CRSSD festival, here an overview of some of the acts that we’re looking forward to! Fresh off the release of his debut album which has been in the works for a long time, Steven Zhu aka Zhu is primed to give CRSSD attendees one heck of a headlining performance to close the show Sunday night. Official set times haven’t been release, but we’d be shocked if he wasn’t given the prime slot.

Zhu exploded onto the scene with the release of his single Faded, which owned the airwaves during the summer of 2014 and eventually earned him a Grammy nomination. He decided early on that he wanted to release his music anonymously, forcing people to judge his music without any other influential factors.

He began touring and made his debut North America performance at HARD Day of the Dead in 2014. We had the pleasure of seeing this performance, and he absolutely torn the house down – shielded behind a screen yet pumping out an amazing live performance that was compelling yet mysterious. We’re expecting another unforgettable performance from Zhu at the Ocean View stage.

A relative newcomer yet backed by the ‘Excuse My French Trio’ of DJ Snake, Tchami and Mercer, Malaa is a ski mask wearing DJ who is making the rounds on the festival circuit to great acclaim. We saw him at HARD Summer ’16 and he had one of the most impressive sets from a newcomer. Plus he was also wearing a black shirt, gloves and ski mask in temperatures over 100 degrees.

His sound differs from his Parisian counterparts who are known for either their loud, aggressive sounds and sets or their chart topping hits. Malaa stays in the deep end, mostly channeling a G-House sound made popular by Destructo and Amine Edge & Dance.

He’s one of the biggest up and comers on the lineup, meaning he’s not to be missed.

Louis Celestin aka Kaytranada is a Haitian born artist raised in Quebec. He’s been DJing for over 10 years and is only 24 years old now, which shows during his sets – he’s as technically sound as they get. He began his career under the alias Kaytradamus in which he released 2 projects, then changes his name to Kaytranada 4 years ago.

He’s another artist that’s fresh off the release of his highly anticipated debut album entitled 99.9%, which includes features from AlunaGeorge, Anderson .Paak and Vic Mensa.  To date he’s released 13 projects, so while he’ll most likely play a good amount of his debut album, he’s got a massive catalogue that allows him to keep his sets unique and unpredictable. A must see!

The German DJ is a self-described “cursed, human bird hybrid” who performs in a golden bird mask, top hat and white gloves. You know him when you see him!

He’s a student to music, and that shows in his original tracks, remixes and mixes. If you’d like to get an idea of just how great his mixes can be, look no further than the mini mix he did for Annie Mac on BBC Radio 1 – simply incredible.

His soulful vibes will likely echo off the walls of the City Steps in an infectious manner, so don’t fight it! Give in to the golden bird man.

Although the identity of Shiba San has only been around for about 3 years, the man behind the music has been producing for over 18 years. The French DJ/producer was behind the scenes for a long time and is finally branching out as the Wolf like Shiba San.

His breakout came in the form of a track called “Okay” which was released in 2014 on Dirtybird and played at pretty much every festival that year. His deep house vibes align with his friend Sharam Jey and the Bunny Tiger collective, so if you’re a fan of them then you’ll dig Shiba San.

Niagara Falls native Isabelle Rezazadeh is an amazing story, just three years ago she began to teach herself how to produce music after attending shows and being heavily influenced by electronic music. Fast forward to today and she can be seen at practically all U.S. festivals, not to mention she’s already performed overseas.

Often dubbed ‘the female Gesafellstein’ because of her dark and aggressive techno sounds, Rezz is definitely going to bring a different side to CRSSD. If you like dark French techno, this set is not to be missed. Her music is so aggressive that it can turn some people away, but she’s built an already loyal fan base and can easily win people over simply with how different and unique her sound is.

Although his music is heavily influenced by American hip-hop, Louis Roge or Brodinksi is a French turntablist and producer. A man of many hats, Brodinski not only produces and performs, but also runs the label Bromance, which he co-founded in 2011 with fellow DJ Gesafellstein.

He co-produced two songs for Kanye West on the album Yeezus in 2013– Black Skinhead with Daft Punk and Send it Up with Gesafellstein.

If you’re looking for something more catered to hip hop influences and a little more aggressive than most acts at CRSSD, look no further than Brodinski!

So that’s our official preview folks! If you’re planning on attending, have fun and keep an eye out for the official post-festival review.