You love BRONCHO.  You really do.  You may not know it yet, but if you read these pages then we know a thing or two about you.  So take our word for it, you love BRONCHO.  Now let’s get you acquainted with one of our new favorites in garage rock.  The Oklahoma band falls somewhere in the category of The Beach Boys, if they were from Oklahoma of course, Iggy and The Stooges, and Eddy Current Suppression Ring.  The music is manic, but there’s a sort of comforting undertone through the whole thing that makes you smile and want to spend a day at the beach.  Their debut album Can’t Get Past The Lips will take a little over 20 minutes to hear from start to finish.  In fact, you can read our interview with lead singer and guitarist Ryan Lindsey and listen to the album all in less than 30 minutes.  Have some time to spare?

Rabbits Black (RB): You have the Troubadour and House of Blues on Sunset under your belt now.  What’s your favorite place to play in Los Angeles so far?

RYAN LINDSEY: We played the Satellite last tour, when it was called Spaceland.  I love that place!  I want to play there again really bad, it just feels good there.

RB: Is there a noticeable difference when playing live shows in California compared to Oklahoma?

RYAN: It’s not too different from where we live.  There are equivalent clubs in Oklahoma where its the same type of people as here.  There was a point when there was a big difference between the Coast and Middle America.  Since the internet, that has changed.  Oklahoma would get turned on to stuff like six years too late, while California had it forever.  I had family out here so I would come out here and be like, oh, VANS!  You go back to Oklahoma with a pair of vans and you were a different kid, you were like cultured!  That’s shrinking now though.  There are a ton of backwoods that we have to sift through that you guys don’t have to deal with, but it’s a positive and its good to go through that stuff.

RB: Are you currently working on a follow up to Can’t Get Past The Lips?

RYAN: We are working on a new record that will probably be out next Summer.  We just signed with Fairfax Recordings and they are going to re-release Can’t Get Past The Lips in February, and then we are going to do a new record in the summer.  Hopefully- that is what we are planning on.

RB: Are you pulling from any new or different influences on the new record?

RYAN: We are always going to have the same influences, but stuff is getting added to that daily as we hear more stuff.  I think we are still pushing along the same lines, but we are trying to expand a little bit on what we did on the first record.  It’s going to be different, but its going to be from the same place. 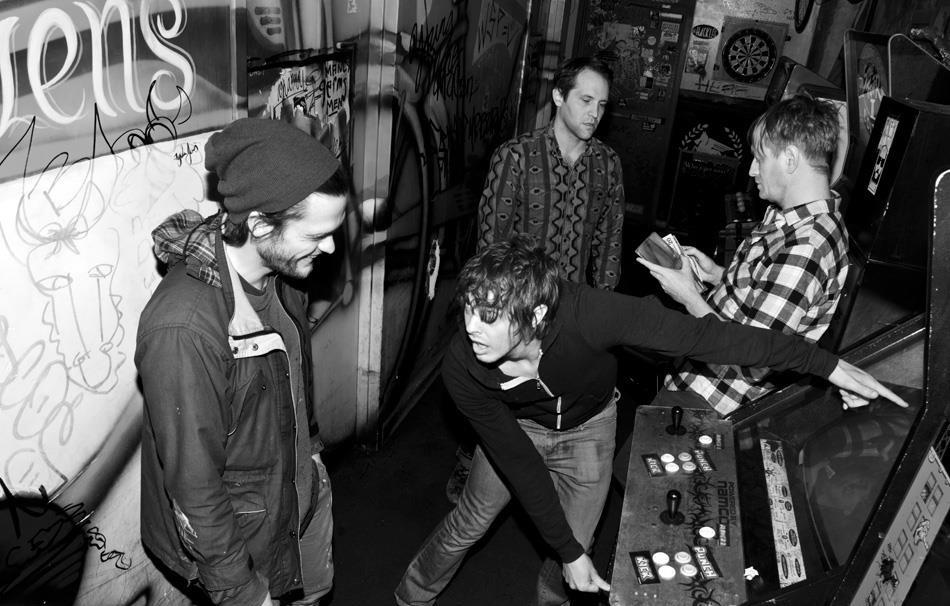 RB: How did you guys get the name for the band?

RYAN: BRONCHO came from a lyric in “Pick A Fight”. That song was originally called “Broncho”.  It was referring to a certain type of man.  I’m not sure yet what type of man that is.  But, we needed a name for the band and poncho was taken.  So, BRONCHO.

RB: What should people know about BRONCHO?  What’s the good word?

BRONCHO plays The Echo on March 7th.  We’ll have a show preview up next week.  Check out BRONCHO in the video for “Try Me Out Sometime” here: